Breaking his silence. Tiger Woods sent a sweet message to fans in his first Twitter post since he was injured in a single-car crash in California earlier this month.

“It is hard to explain how touching today was when I turned on the tv and saw all the red shirts,” Woods, 45, wrote on Sunday, February 28, less than one week after his car accident made headlines. “To every golfer and every fan, you are truly helping me get through this tough time.”

During the WGC-Workday Championship in Florida on Sunday, Rory McIlroy and more fellow athletes honored the World Golf Hall of Fame inductee by emulating his signature look: a red polo shirt tucked into black pants. Seven-time PGA Tour winner Bryson DeChambeau took his tribute one step further by writing “Tiger” on the golf balls that he teed up during the tournament. 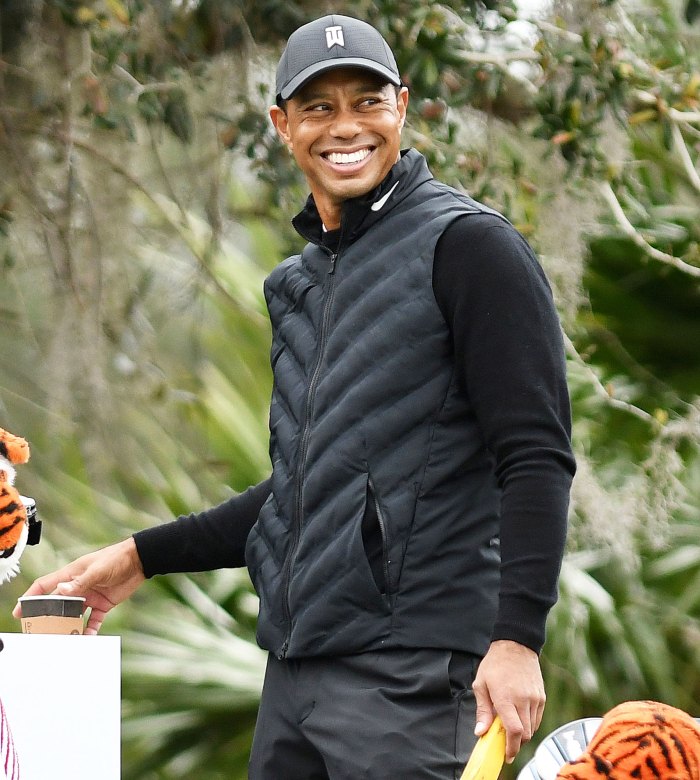 On Tuesday, February 23, Woods was hospitalized after his vehicle rammed into a median and crossed into oncoming traffic while traveling on the border of Rolling Hills Estates and Rancho Palos Verdes. At the time, authorities who arrived at the scene said the California native was “lucid and calm” — and not under the influence.

The five-time Masters Tournament champion was removed from his car using an ax and other tools, despite early reports that first responders used the “jaws of life” to extract him from the damaged SUV. Shortly after the accident made headlines, Woods’ team issued a statement revealing that the golfer suffered injuries to both his legs and would be receiving surgery. Two days later, he was transferred to a different hospital to continue treatment.

“Tiger has moved to Cedars-Sinai Medical Center and received follow-up procedures on his injuries this morning. The procedures were successful, and he is now recovering and in good spirits,” a Twitter statement from his team explained. “Tiger and his family want to thank you all for the wonderful support and messages they have received over the past few days. We will not have any further updates at this time.”

As details about the crash continued to emerge on Tuesday, Los Angeles County sheriff Alex Villanueva addressed concerns from fans and the surrounding community via social media. At the time, he shut down the possibility of charges being filed against Woods for reckless driving.

“This is purely an accident,” the sheriff said. “We do not contemplate any charges whatsoever in this crash. This remains an accident. An accident is not a crime.”