On the mend. Tiger Woods is on the road to recovery after undergoing additional procedures linked to a single-car crash he was involved in earlier this week.

Per a statement released via the professional golfer’s Twitter account, he was transferred to a different medical center for additional treatment on the morning of Thursday, February 25.

“Tiger has moved to Cedars-Sinai Medical Center and received follow-up procedures on his injuries this morning. The procedures were successful, and he is now recovering and in good spirits,” the statement said of the 45-year-old. “Tiger and his family want to thank you all for the wonderful support and messages they have received over the past few days. We will not have any further updates at this time.” 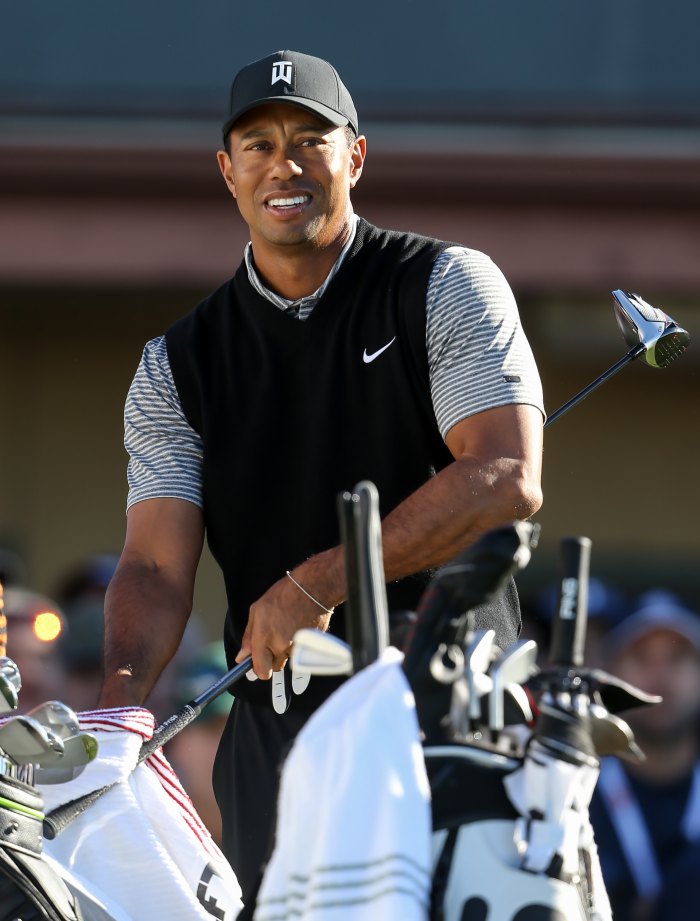 Tiger Woods during the second round of the PGA Tour Farmers Open in San Diego on January 25, 2019. Jevone Moore/CSM/Shutterstock

Woods was being treated for his injuries at UCLA Medical Center prior to being moved. The California native’s team released a statement revealing that he suffered injuries to both legs, but was “awake, responsive, and recovering in his hospital room.” He and his team sent messages of thanks to doctors, medical staff and first responders.

“We thank everyone for the overwhelming support and messages during this tough time,” the statement released via Twitter on Wednesday, February 24, read. “As previously communicated, Tiger was involved in a single-car accident earlier this morning in California. He has undergone a long surgical procedure on his lower right leg and ankle after being brought to the hospital.”

“Mr. Woods suffered significant orthopedic injuries to his right lower extremity that were treated during emergency surgery by orthopedic trauma specialists at Harbor-UCLA Medical Center, a level 1 trauma center,” he shared. “Comminuted open fractures affecting both the upper and lower portions of the tibia and fibula bones were stabilized by inserting a rod into the tibia. Additional injuries to the bones of the foot and ankle were stabilized with a combination of screws and pins. Trauma to the muscle and soft-tissue of the leg required surgical release of the covering of the muscles to relieve pressure due to swelling.”

The five-time Masters Tournament champion was taken to the hospital early on Tuesday after his SUV hit a center median and crossed into oncoming traffic. The vehicle hit a curb and rolled several times before coming to a stop. Authorities revealed that Woods had to be removed from the car using an ax and other tools. Sheriff’s deputy Carlos Gonzales said in a press conference on Tuesday the athlete appeared “as though he was lucid and calm” at the time.

Sheriff Alex Villaneuva told reporters Woods’ car was traveling at “a relatively greater speed than normal” when the incident occurred. Woods was wearing a seat belt when he crashed.