A miracle. Tiger Woods’ team and a doctor gave an update on the pro golfer’s condition after he was involved in a rollover car crash on Tuesday, February 23.

“We thank everyone for the overwhelming support and messages during this tough time,” read a statement shared on Woods’ Twitter account. “As previously communicated, Tiger was involved in a single-car accident earlier this morning in California. He has undergone a long surgical procedure on his lower right leg and ankle after being brought to the hospital.”

The statement revealed that the 45-year-old is “currently awake, responsive, and recovering in his hospital room.” It also thanked the doctors and staff at Harbor-UCLA Medical Center as well as the Los Angeles County Sheriff’s and Fire Departments for their “outstanding” support and assistance. 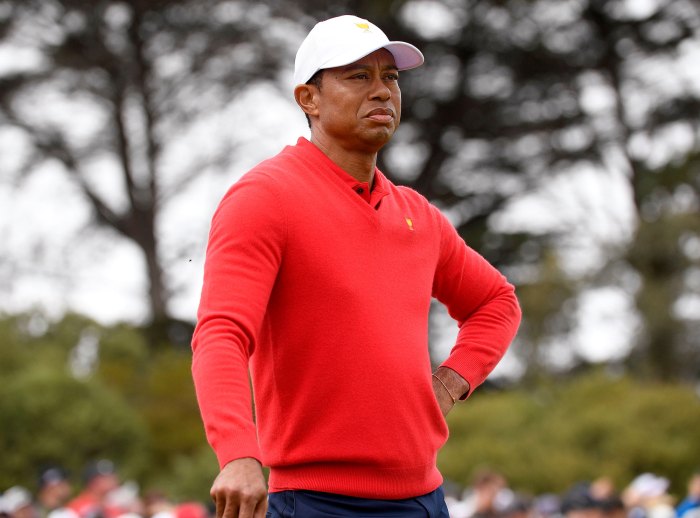 “Mr. Woods suffered significant orthopaedic injuries to his right lower extremity that were treated during emergency surgery by Orthopaedic trauma specialists at Harbor-UCLA Medical Center, a level 1 trauma center,” the hospital’s chief medical officer and interim CEO, Dr. Anish Mahajan, said in a statement. “Comminuted open fractures affecting both the upper and lower portions of the tibia and fibula bones were stabilized by inserting a rod into the tibia. Additional injuries to the bones of the foot and ankle were stabilized with a combination of screws and pins. Trauma to the muscle and soft-tissue of the leg required surgical release of the covering of the muscles to relive pressure due to swelling.”

Woods was rushed to the hospital earlier on Tuesday after his SUV made contact with a center median, crossed into oncoming traffic, hit a curb and a tree and rolled over several times on the border of Rolling Hills Estates and Rancho Palos Verdes, California. 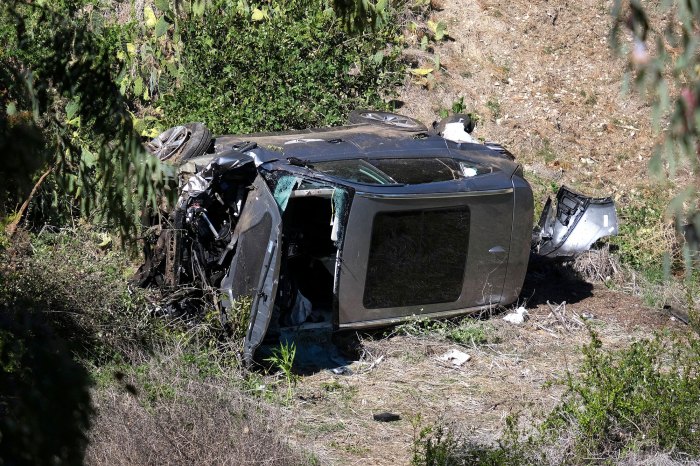 Vehicle rests on its side after a rollover accident involving golfer Tiger Woods along a road in the Rancho Palos Verdes section of Los Angeles. Ringo H W Chiu/AP/Shutterstock

The sheriff’s department initially said that the athlete “was extricated from the wreck with the ‘jaws of life’” before fire chief Daryl Osby clarified that firefighters had used an ax and other tools to pry open the vehicle.

Sheriff’s deputy Carlos Gonzalez said during a press conference on Tuesday that Woods “seemed as though he was lucid and calm” when first responders arrived at the scene of the accident. Sheriff Alex Villaneuva, meanwhile, told reporters that Woods’ vehicle had traveled at “a relatively greater speed than normal.”

The five-time Masters Tournament champion was wearing his seat belt when he crashed, and Villaneuva said the airbags in Woods’ car “gave him the cushion to survive what otherwise would have been a fatal crash.”

Woods has undergone five back surgeries since 2014, most recently in December 2020. Prior to Tuesday’s accident, he said that he had hoped to return to golf this year.