Dwyane Wade and David Spade got a hands-on golf lesson from Tiger Woods one day before he was injured in a car crash and was extracted using the “jaws of life” on Tuesday, February 23.

“Don’t you hate when you go golf somewhere and they pair you up with someone you don’t know @golftv @golfdigest,” Spade, 56, captioned a series of photos on Monday, February 23, alongside Woods.

The Grown Ups actor took a selfie with the 15-time major champion, 45, on a golf cart during a two-day contest shoot for Golf Digest in California. He also posted a photo getting goofy on the green and walking the course with Woods. 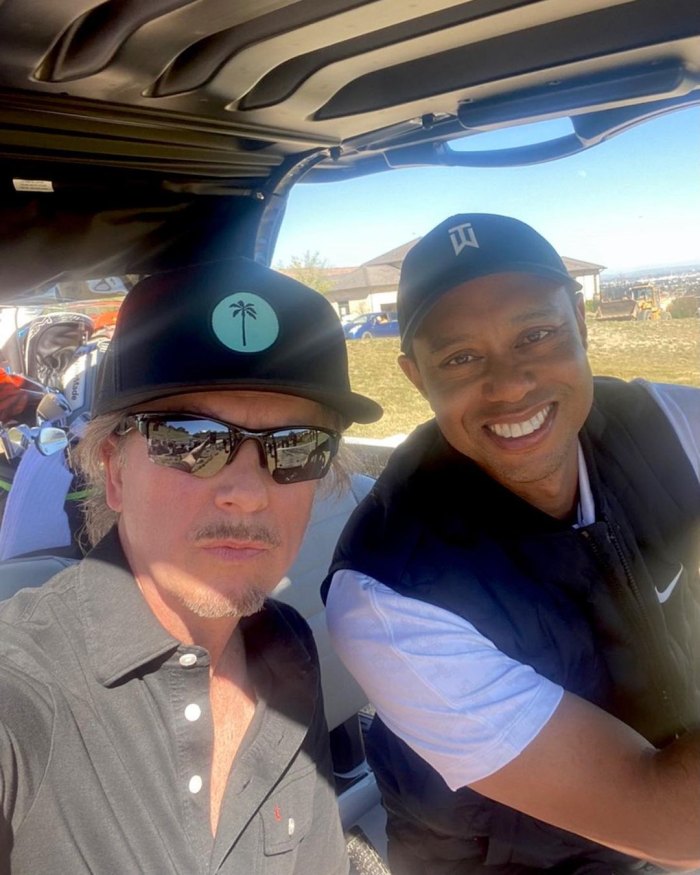 The former Miami heat player, 39, also teamed up with Woods on the links on Monday, posting about it on Tuesday morning.

“I got an opportunity — I say, the GOAT, he’s not comfortable with it — to come out with this guy right here,” Wade said in an Instagram video standing next to Woods.

When the former basketball star asked Woods how he was playing, the 11-time PGA Player of the Year smiled and said, “Good.”

Wade corrected him, admitting, “I’m not good.” The duo agreed that “we’re getting better” before the athletes continued to play.

“Everybody be on the lookout. I got some lessons today what I think is the GOAT,” Wade teased. “Thank you, brother.”

The D Wade Cellars founder also shared photos from the pair’s day on the green, captioning them, “The reason I picked up a golf club 🤯 Yesterday was a pretty cool day! Thank you @tigerwoods @golfdigest for this dope opportunity!”

Hours after Wade posted about his golfing experience, news broke that Woods was hospitalized on Tuesday after being injured in a single-car crash near Rolling Hills Estate and Rancho Palos Verdes in California at approximately 7:12 a.m. local time.

“Mr. Woods was extricated from the wreck with the ‘jaws of life’ by Los Angeles County firefighters and paramedics, then transported to a local hospital by ambulance for his injuries,” the Los Angeles County Sheriff’s Department said in a statement. 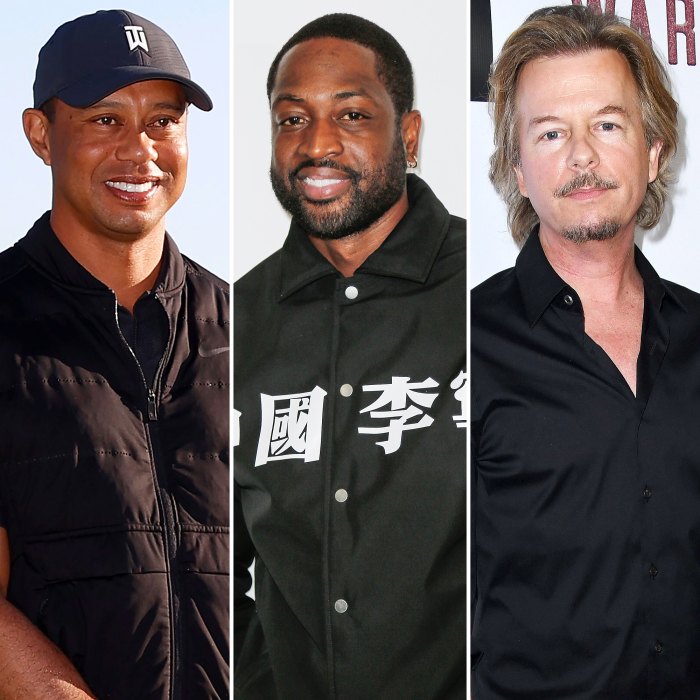 The golfer’s manager, Mark Steinberg, told Golf Digest in a statement that Woods had sustained “multiple leg injuries” during the crash and was “currently in surgery.”

The Florida resident was in California for his annual Genesis Invitational golf tournament at the Riviera Country Club in the Pacific Palisades.

Woods was previously in a car crash in November 2009 days before news broke that he was cheating on his then-wife, Elin Nordegren. The athlete, who shares daughter Sam, 13, and son Charlie, 12, with Nordegren, 41, finalized his divorce in 2010.

The Cypress, California, native made headlines in May 2017 after he was booked for driving under the influence after taking opioid painkillers and four different types of prescription drugs. He pleaded guilty to the charges against him and was sentenced to 12 months of probation and community service and required to complete DUI school.