Back to basics! The Weeknd’s face has returned to normal after fans speculated about whether he recently underwent cosmetic surgery.

The “In Your Eyes” artist took to Instagram on Friday, January 8, to tease his upcoming halftime performance at Super Bowl LV, set for next month. In the video post, people across various walks of life are singing along to the 30-year-old’s hit “Blinding Lights.” Toward the end, he is shown rolling up to the 2021 Super Bowl venue in his car and checking in with security before entering the building. His face didn’t appear out of the ordinary.

“Are you ready?” popped up on the screen, along with an outro that provided information about the anticipated event.

The Weeknd, who was selected in November 2020 to perform during the high-profile gig, caused quite the stir on Twitter earlier this week for his appearance. When his “Save Your Tears” music video debuted on Tuesday, January 5, he shocked fans with his seemingly altered face. He had bloated cheeks, a crooked nose and what appeared to be botox-filled lips. He additionally had post-surgery scars across his cheeks.

Hours after the video’s release, he showed off the look once more in a caption-less Instagram selfie.

Despite the confusion his new look caused many fans, a source revealed to Us Weekly that The Weeknd didn’t go under the knife. “This is strictly performance art,” the insider explained. “The Weeknd is wearing prosthetics as part of the character he’s been playing since November 2019 when he launched the After Hours era.” 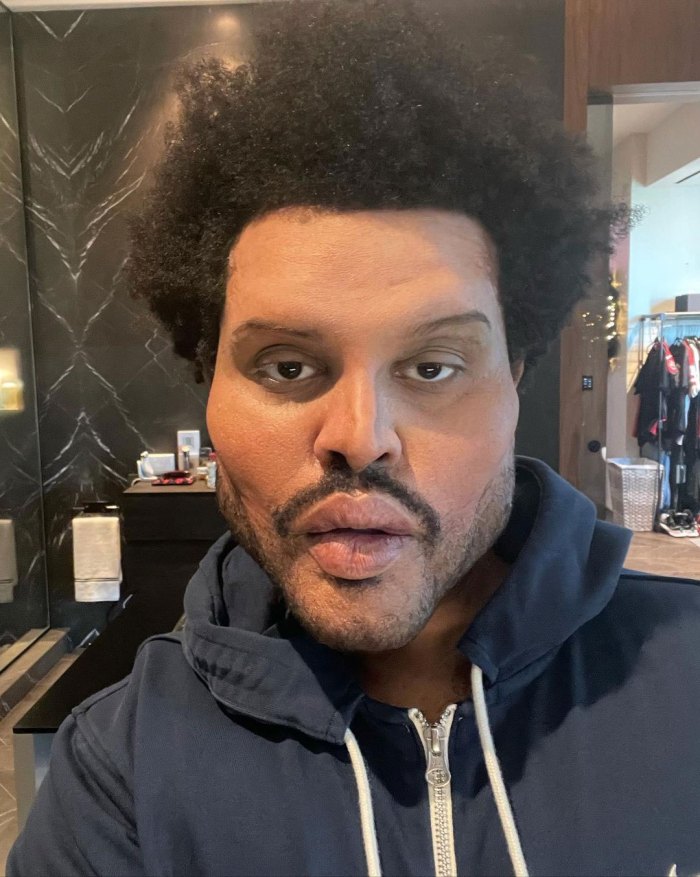 The Weeknd Courtesy of The Weeknd/Instagram

The Canadian singer has long been dedicated to visual artistry. Leading up to the release of his fourth studio album, After Hours, in March 2020, he has dressed in character and wore unusual makeup. During his Saturday Night Live performance earlier that month, he wore a nose bandage across his bloodied face — a similar look he had in his “Blinding Lights” video.

When he appeared at the 2020 American Music Awards that November, he performed and accepted awards with his entire face wrapped in bandages.

The “Can’t Feel My Face” crooner previously opened up about the fictional persona he took on for After Hours. “I feel confident with where I’m taking this record. There’s also a very committed vision and character being portrayed,” he explained to CR Fashion Book last March. “And I get to explore a different side of me that my fans have never seen.”

Listen: How Badly Is Vaccination Going?