FOR many couples, being together 24/7 would be unbearable, but Steps singer Lisa Scott-Lee has a tip for making it work.

Lisa, who runs a drama school with her husband Johnny ­Shentall-Lee, says: “We’ve made a rule that there’s no business in the bedroom.”

The secret to a happy marriage is always keeping business out of the bedroom, reveals Steps’ Lisa Scott-LeeCredit: Handout

She adds: “We talk about the business a lot and we used to wake up and discuss business decisions.”

But they now ensure they keep work and romance separate.

Lisa met Johnny in 1999 when he successfully auditioned to be a backing dancer with Steps.

Lisa recalls: “I was just blown away. And then he danced and that was it. I was gone. He had me. I was attracted to him straight away.”

In 2014, they launched their school Dubai Performing Arts Academy, which Lisa is head teacher of when she isn’t on the road with Steps.

Lisa, 45, says: “We work together, we live together, we share an office together . . .  I don’t know how we do it. But we’ve just celebrated our 17th wedding anniversary.

“We do argue, because we’re both very passionate and quite fiery, but mostly it’s easy.”

As well as keeping business out of the bedroom, Lisa says: “Keeping that family life for us is important and we enjoy our home comforts. Johnny and I both love cooking and we do a roast dinner every week.”

Both their children are keen singers and actors and while Lisa is happy for her daughter Star Lily to go into the industry, she would warn her off raunchy photoshoots.

Lisa was a regular on the pages of lads’ mags like Loaded and FHM in the early Noughties.

She says: “I’m proud of those pictures. There’s nothing I wouldn’t show my children and it was done in a tasteful way. But I do think I was exploited by the record company, who encouraged me to do it.

“Really, it should have been about the music, not taking my clothes off. But I was young and naive.

“If it was my daughter, I would tell her to focus on her voice, on her dancing. I wouldn’t want her to get into that side of things.

“Lads’ mags were a thing of the times. For stars coming out now, it would be a completely different world.”

When it comes to choosing clothes for photoshoots now, Lisa has a rule of thumb — would Kylie Minogue wear it?

She says: “It’s got to be tasteful and I have to feel good in an outfit. I keep saying to my stylist, ‘Would Kylie wear that?’, because for me, she is someone who gets it right every time and she’s a mature artist.” 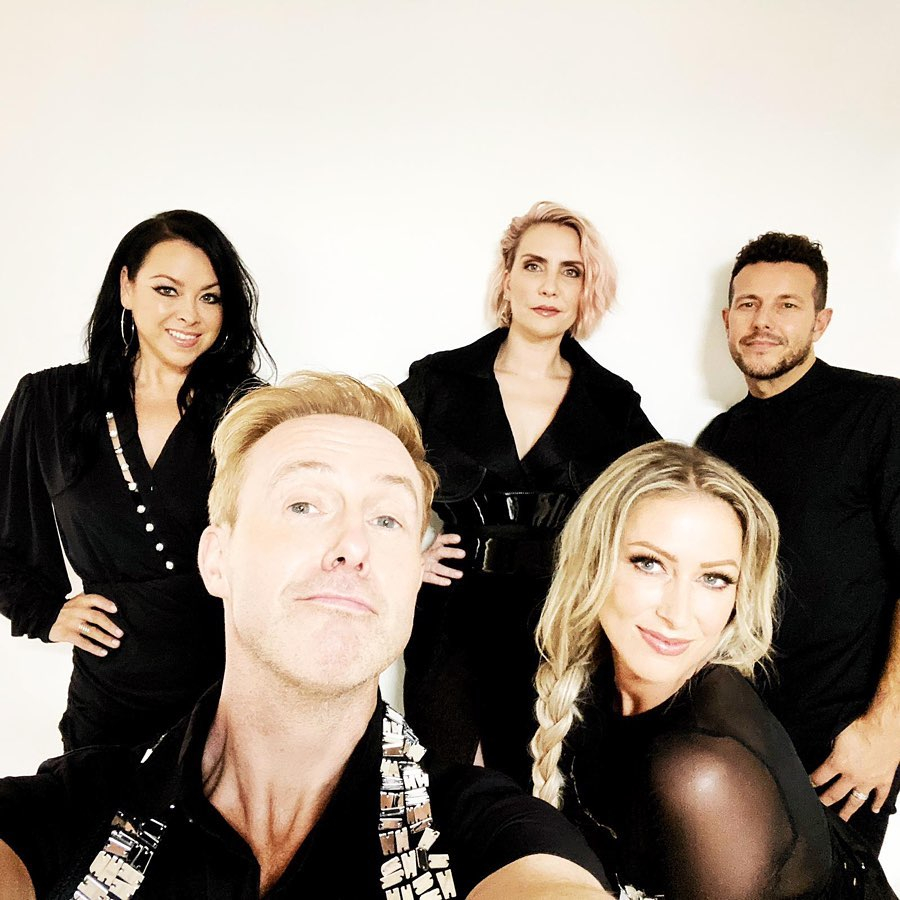 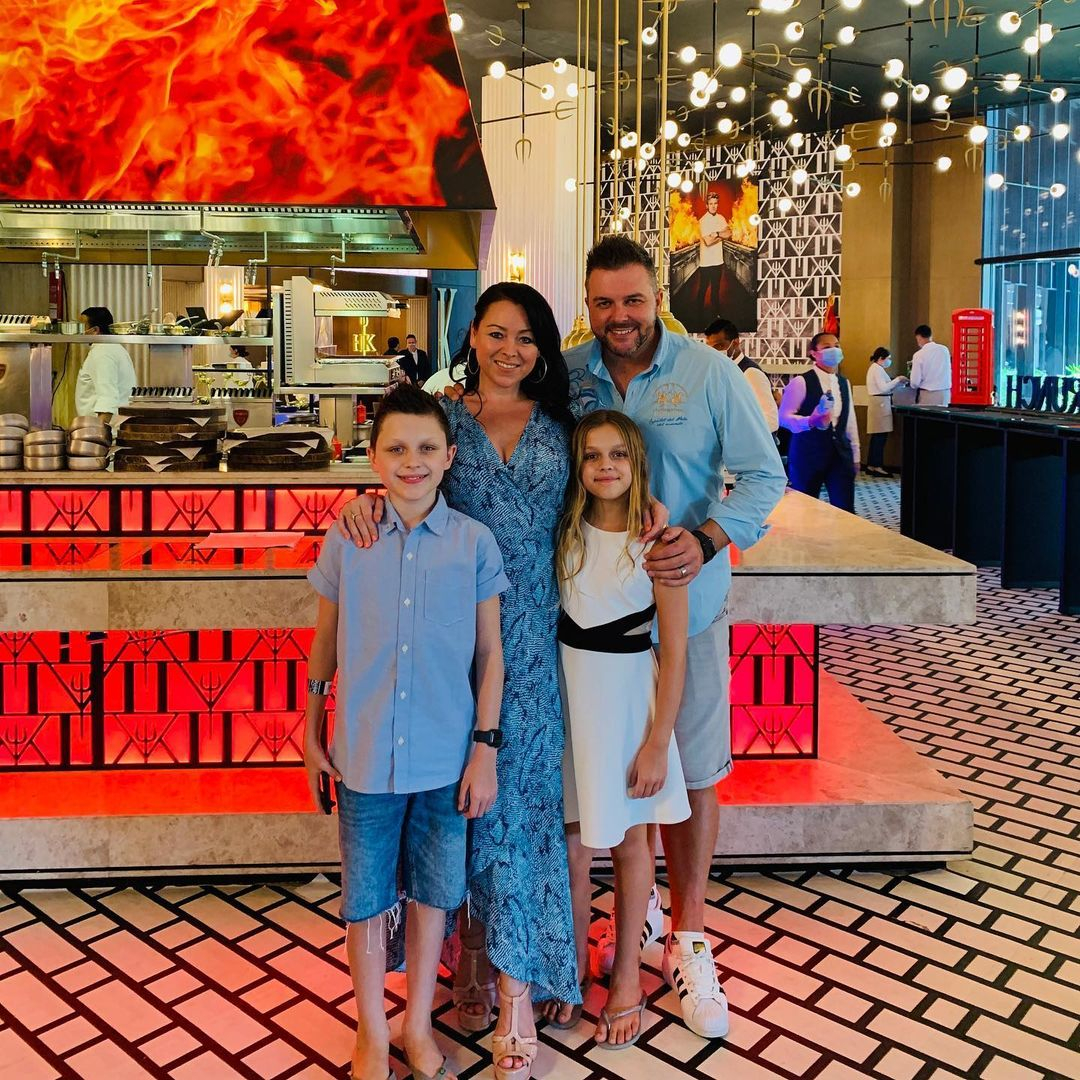 Lisa Scott-Lee with husband Johnny and their kids Jaden and Star LilyCredit: Instagram

Like most mums, Lisa says her figure has changed since having kids.

“My Steps body [from back in the day] is what I call BC — before children,” she says. “But I’m very lucky because my mum has a great figure and I think I’ve inherited her genes.

“And because I’m a dancer, I eat well. I have lots of green tea, fish, salad and vegetables.

“I don’t have the figure that I had when I was in my twenties, but it’s not massively far away.

“There’s nothing wrong with having a few more pounds on you, and it’s about how you dress and feel.

“And I have a very loving husband, who tells me I’m beautiful every day and has done for 21 years.”

When Lisa and Johnny, 43, moved to the UAE, they weren’t sure how long they would stay. But they have since bought a villa on luxury development The Palm and couldn’t imagine living elsewhere.

The only downside is Lisa often has to leave her kids for long periods when performing in the UK with Steps, who are enjoying renewed success after reforming in 2017.

Lisa says: “It’s like any working parent, you’ve got that element of guilt. We’re working for our children, but to be away from them seems to get harder each time.”

In November, Lisa will head back to the UK to reunite with Claire Richards, 44, Faye Tozer, 45, Ian ‘H’ Watkins, 45, and Lee Latchford-Evans, 46, for a UK arena tour until the end of the year.

“But because it happened at the height of our careers, it left people wanting more. The love is still there and it honestly blows me away. I do feel very blessed that I’m still in a pop group at 45 years old.”

Lisa says she still has plenty of energy for tours, but the tragic death this month of Girls Aloud star Sarah Harding has made her think. Sarah died from breast cancer aged just 39.

She says: “I knew Sarah and I found it really upsetting.

“She would brighten up the room. It’s so sad and it brings home how short life is and how we all need to be very active with our check-ups.”

Lisa says she has also been touched recently by her former sister-in-law Michelle Heaton opening up about her battle with alcoholism. 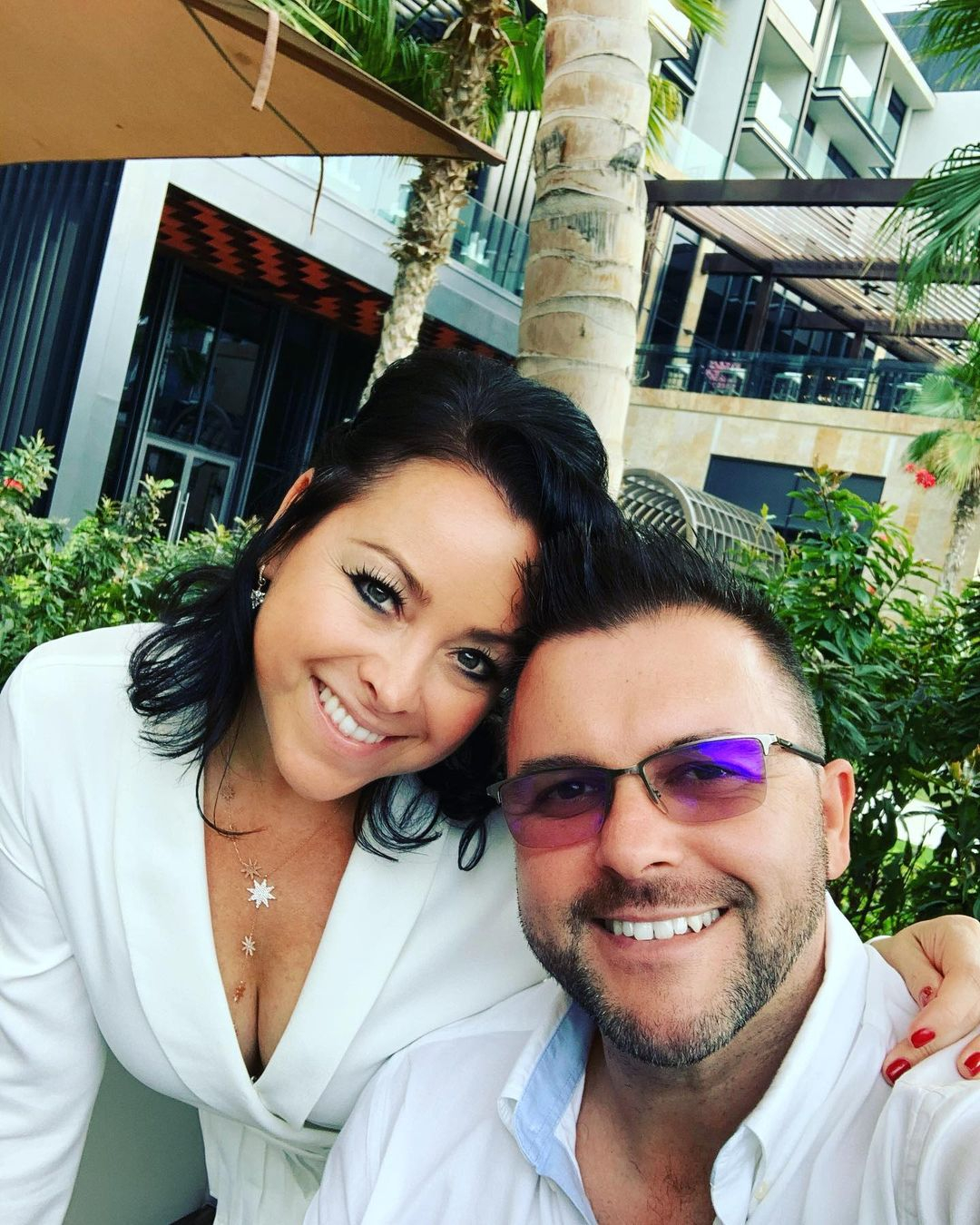 Lisa says: “I haven’t been in touch with Michelle for years, but I feel like I want to reach out to her. She’s been incredibly brave.

“I’m very sorry to hear what she’s been through and I think it’s great that she’s addressing it and working through it before it’s too late.”

Lisa advocates a healthy lifestyle and says beauty comes from inside.

She says: “My life is quite stressful and fast-paced, so I practise yoga and that helps me to switch off mentally.

“I don’t have any plans for cosmetic surgery, but I think if I feel good on the inside then that helps.” 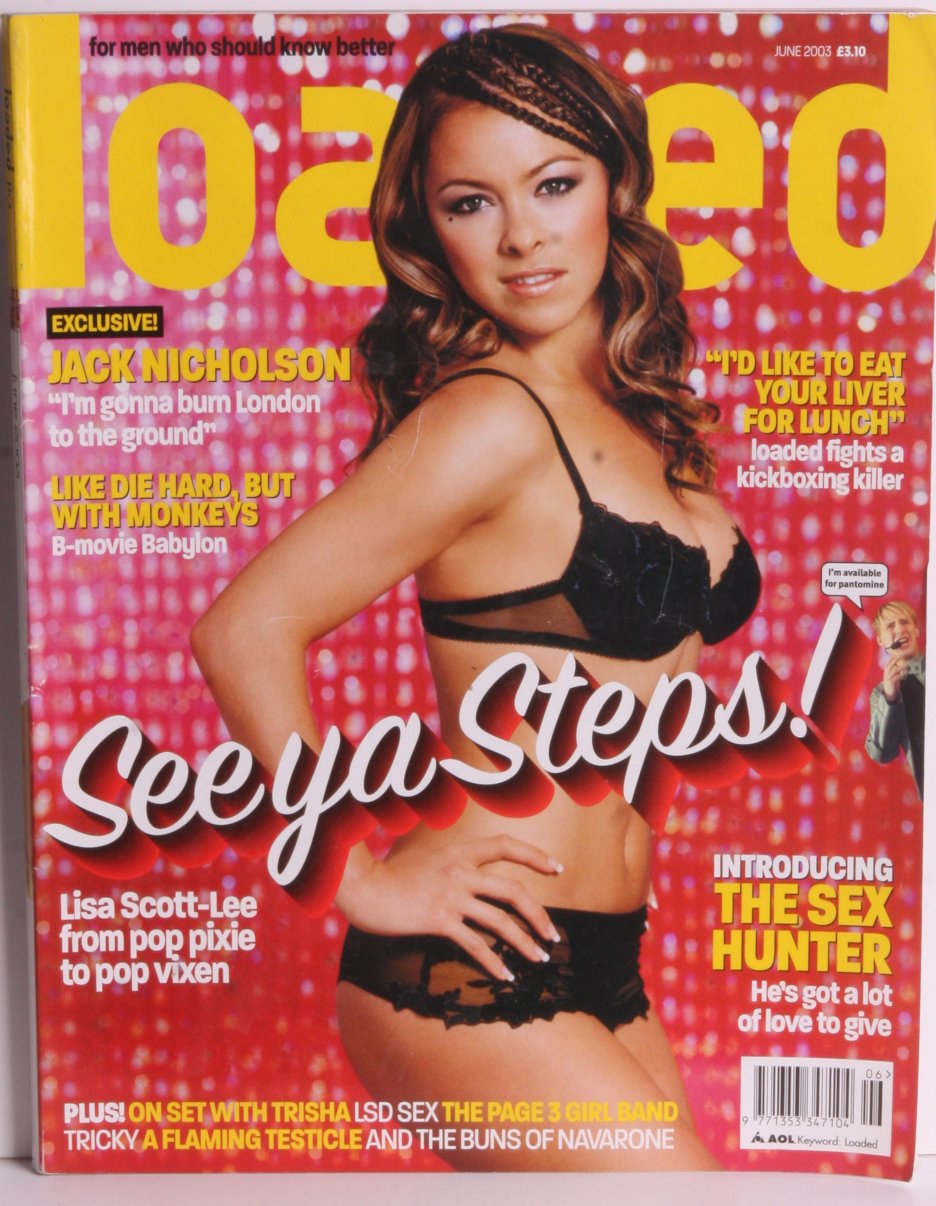 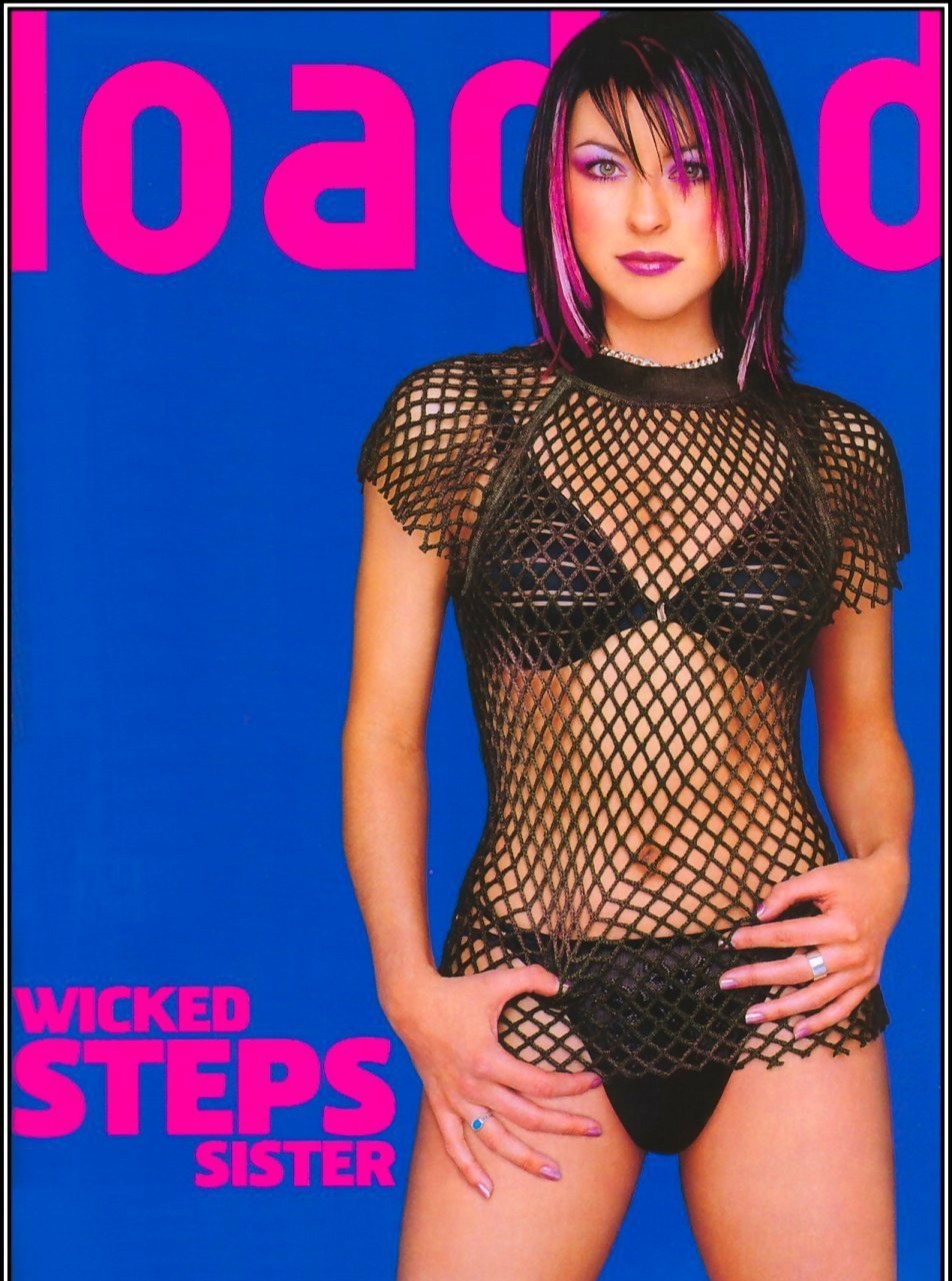