Enjoying the moment! Teresa Giudice and boyfriend Luis Ruelas are moving slow with their relationship following her divorce from Joe Giudice.

“They aren’t rushing into anything,” a source exclusively tells Us Weekly. “They are taking their time.”

The Real Housewives of New Jersey star, 48, has been dating Ruelas, 46, for a few months and they “both genuinely like each other and have a great relationship,” the insider says. 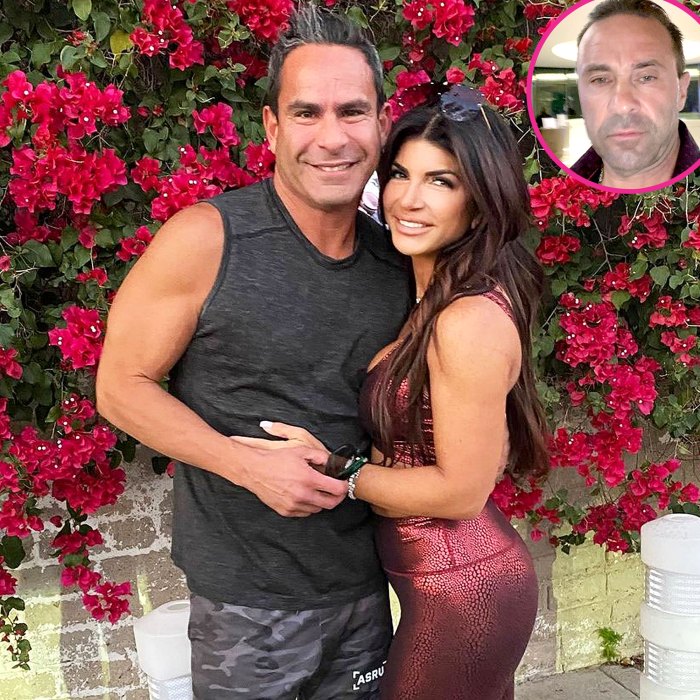 “Luis is a really great guy and he makes her very happy, and vice versa,” the source adds.

Last month, the couple sparked engagement speculation after Teresa posted a photo of the pair at the beach, captioning it, “You make my heart smile.”

Some fans questioned if there would be a “Valentine Ring maybe?” coming soon after seeing the January snap. Another wrote, “What a handsome couple!! So happy for you both, the second time is a charm!!”

The source tells Us, however, that there are “no talks of an engagement” between the duo, adding, “Their relationship is way too premature to even consider marriage at this point.”

While wedding bells aren’t ringing just yet, the insider says, “Teresa is living her life and she’s having fun” with her new beau.

Us confirmed in November 2020 that Teresa was seeing Ruelas two months after finalizing her divorce from Joe, 48. A source told Us at the time that the romance was “very new, but they are happy.”

The couple became Instagram official in December, with the Bravo personality saying her boyfriend was the “best thing” to come out of 2020.

After traveling to Los Angeles together last month, Ruelas gushed about his relationship with the Standing Strong author via Instagram.

“Everyone has a journey and a path in life and we all have to go thru the pain in order to find the JOY❤️❤️??,” he wrote at the time. “JOY Is a constant feeling of happiness and that’s what I feel when I’m with you❤️❤️XO.”

Teresa was previously married to Joe for 20 years before the pair announced their split in December 2019. They finalized their divorce nearly a year later in September 2020. The exes share four daughters, Gia, 20, Gabriella, 16, Milania, 15, and Audriana, 11.