As their first anniversary approaches, the only concern that Hannah Berner has about her relationship with Des Bishop is their 15-year age difference.

“It makes me nervous ‘cause I don’t want him to die,” the Summer House star, 29, quipped to Us Weekly in an exclusive new interview.

The Bravo personality started dating Bishop, 45, in early summer 2020, around the same time that she arrived in The Hamptons to film the reality show’s upcoming fifth season. 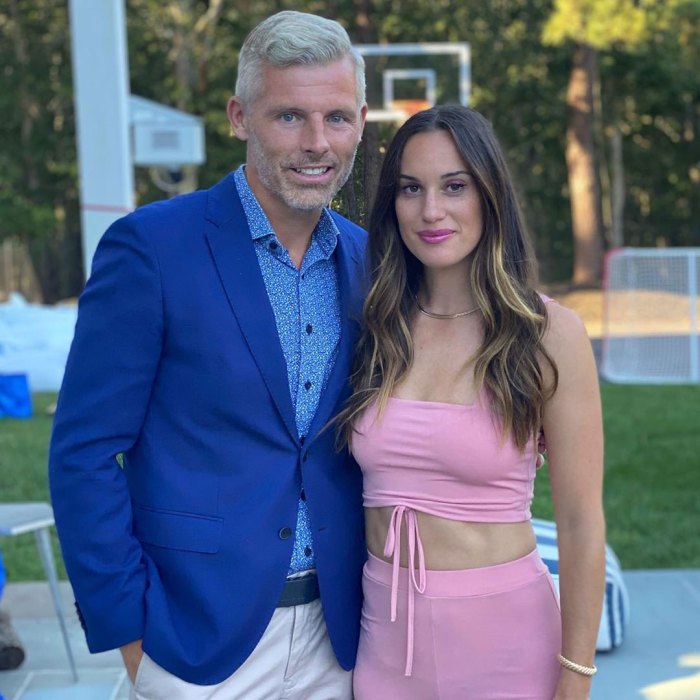 “He didn’t meet me at an easy time,” she told Us. “I was in the house, so he’s definitely seen a lot of sides to me. It wasn’t the easiest beginning of our relationship, but you’ll get to see that play out on the show.”

Though she joked about their age gap, one of the things that Berner likes most about Bishop is that he is more sophisticated than the men she has dated in the past.

“People are like, ‘Oh, my God, he’s so much older.’ … Dating guys in their 30s, I’ve experienced a lot of them have squirrel brains,” she told Us. “I’ve never dated a guy in his 40s, but he’s someone who is so wise. He’s been through so much. He’s had previous girlfriends who have trained him in a lot of ways that I don’t have to. And he has a confidence in himself that I think really makes it easy for me to feel like I can be anything I want to be. And he’s so supportive while also inspiring me with his own career.”

The “Berning in Hell” podcast host noted that while fans of Summer House may see her as someone who likes to party and “can be very shallow” at times, she could see herself settling down with Bishop one day.

“I know I have a keeper,” she gushed. “And it’s the first time I’ve ever, like, thought about ever marrying a guy.”

Berner admitted that she had “a tough summer at some points,” but being quarantined with the London native amid the COVID-19 pandemic helped bring them closer together in the end.

“You’re just put under pressure immediately,” she told Us. “So it’s like, I might as well live with this guy and be with him 24/7 and see if it’s gonna work out now [rather] than wait a year”

The tennis player was previously linked to her costar Luke Gulbranson, who sends shock waves into the house during season 5 when he shows up with another woman, Ciara Miller.

Elon Musk reveals the one interview question he ALWAYS asks