While newlyweds Kyle Cooke and Amanda Batula celebrated the launch of Dave Quinn’s Not All Diamonds and Rosé book at NYC’s Capitale, they exclusively revealed that the 34-year-old Trop Hop founder isn’t concerned about his former flame’s new relationship.

Cooke, 39, added, “Maybe it’s just guys just don’t talk about these types of things, but I was just with him 48 hours ago [and the engagement news] didn’t even come up [when] we were together.”

The married couple further noted that they believe that Kroll is “really happy” for the salon owner, 31, and is trying to move “forward with his own life,” though don’t believe he’s necessarily ready for another romance of his own.

“I think he needs a break from love right now,” the New Jersey native said. “I don’t know if I’m ready to hook him up with anyone yet.”

“I think he’s probably really happy, I think, yeah,” Hubbard, 35, exclusively told Us. “I don’t think he’s concerned at all about it. I actually know for a fact [that] he’s not concerned about it.”

The hairstylist previously confirmed her engagement to Randle, 35, on October 14, after seven months of dating.

“It hasn’t even crossed my mind, but I don’t think he’ll care,” LeCroy told Us how she thinks her former flame will feel about the news. “I don’t think that the lifestyle that I want for myself and my son is something he’s really even interested [in].” 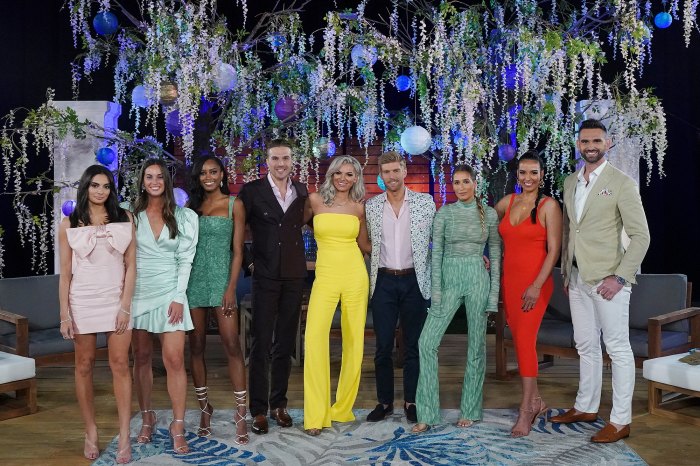 She even admitted at the time that the former couple — who had a messy split in December 2020 — are in different stages of their lives.

“It’s going to be hard for him to understand why I do want to get married and do want to have kids in that kind of situation,” LeCroy added. “I don’t think that’s something he really wants to do.”

The University of Alabama alum, for his part, has never met her fiancé nor seen the pair together, one source exclusively revealed to Us days after the news of her engagement made headlines.

In addition, the four reality TV personalities couldn’t help but gush over the newfound romance between costar Paige DeSorbo and Craig Conover during Tuesday’s event, with Batula even calling them her “favorite couple.”

“We went on a double date a little over a week ago and it’s fun to have, you know, another couple in our life that like have gone through what we’ve gone through and we can all relate to that,” Cooke told Us. “I’m just excited for them.”

The reality TV stars agreed that the new couple seems happy together since going public with their relationship.

“I love them together,” the Hubb House publicist said. “They’re so cute. They’re very similar. I think that they’re perfect for each other and they just, like, really get along, and they’re making the long-distance thing work, which I think is very difficult. And if you can kind of get through that, then you might have a shot at a real future.” 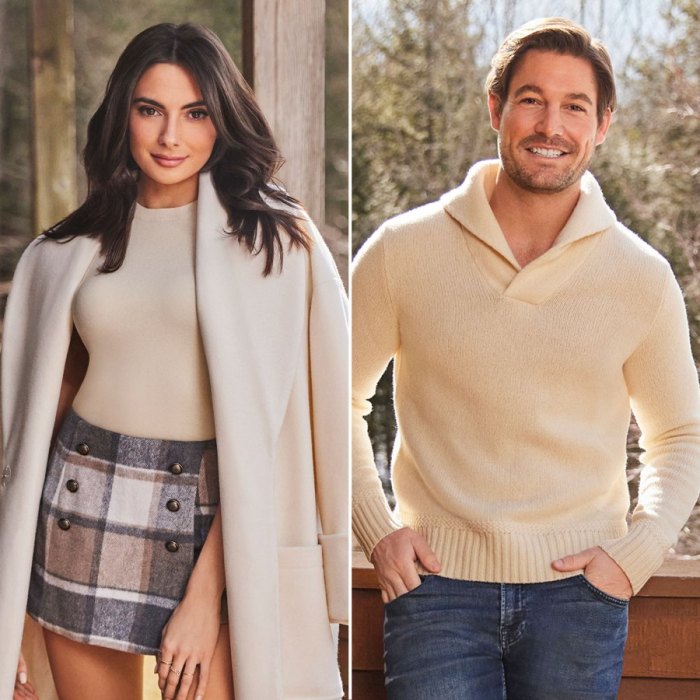 While the University of Connecticut alum revealed that the newly dating couple certainly “knew of each other” going into Winter House, filming the Bravo spinoff allowed them to build a strong friendship before any romance blossomed.

“I think people actually have a fun time watching because Paige [had] a completely different crush for the winter vacation,” Cooke teased about the upcoming series. “Let’s just say there’s a friendly Italian that captivated her [interest].”

Us confirmed on October 4 that the two Winter House stars were “officially together” after previously denying romance speculation.

“Their friendship turned into a relationship as they’ve spent more time together in recent weeks,” a source told Us at the time.

The “Giggy Squad” podcast cohost, 28, confirmed the romance and gushed about her new beau, 32, while promoting the upcoming Vermont-set reality TV show.

“It sounds so cliché, but Craig just gets me,” she explained at the time. “There’s a lot of things I don’t have to explain to him because we look at things very similarly. It just fits, like, it just is very natural and it’s a lot of fun.”