Abigail Spencer let Meghan Markle know she’s in her corner amid claims the Duchess of Sussex bullied royal aides before stepping down from her duties in March 2020.

The Timeless alum, 39, defended Markle’s character in a lengthy letter released via social media on Friday, March 5. In it, she recalled her early encounters with the California native, 39, as well as the evolution of their friendship through the years.

“It was 2015 and I was in Austin at a work event, headed to dinner at a local outdoor, dusty establishment. My childhood friend and her husband had come to Austin for the weekend to see me. On the way to dinner, I was texting Meg telling her where I was going and that she and her castmates should join me,” Spencer began. 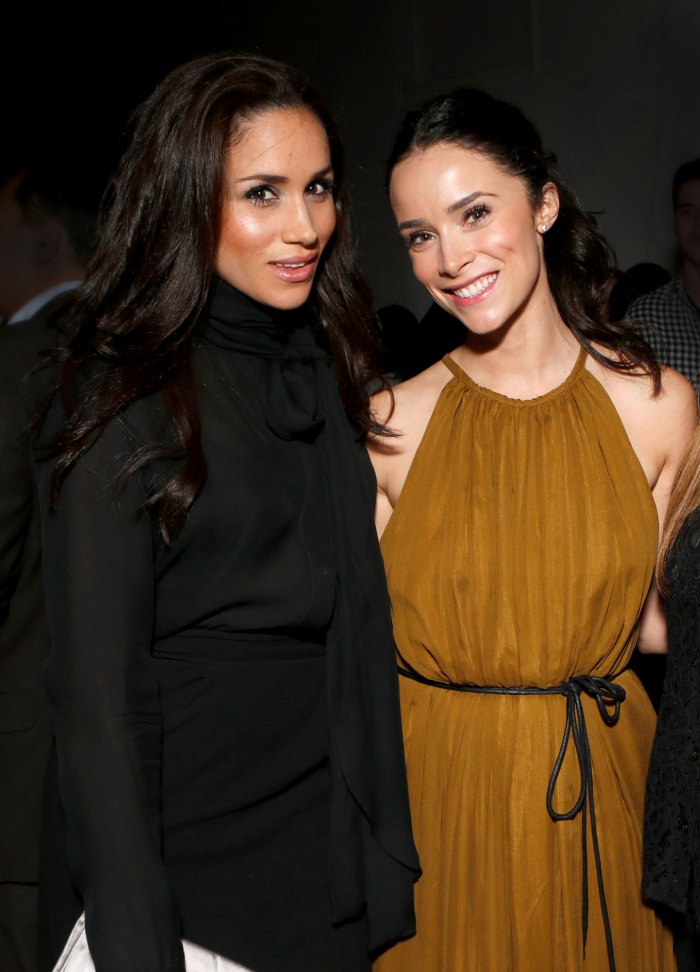 Her Instagram caption continued: “I wanted her to meet my Rectify family, wanted my friends to get a taste of the local fare, wanted Meg to meet my childhood friend, and most of all I wanted everyone to meet Meg. Meg arrived. This incredibly singular beauty danced over to the group, with a huge, easy smile, to warmly greet the table. Meg and I hadn’t seen each other in a minute. But when we did, boy oh boy. Picture butterflies trying to hug.”

Spencer said in her post that her former Suits costar took the time to familiarize herself with her friends. “She was so curious about each of them, relishing the time… with them,” she recalled, noting that she was “so touched” by the gesture.

“By this point, I had known and worked with Meg for years,” the All My Children alum wrote. “She’s what I’d call ‘an on-call friend.’ At the ready. She’s modeled nothing but generous professionalism on sets and an even more generous friendship in private. And on that night, she took my friends as her own.”

The Florida native gushed, “I’ve learned so much from Meg. The power of a handwritten note. The loveliness of surprise flowers. That she has a perpetual Rolodex in her brain of recommendations for the heart, soul, & body.”

Spencer said of Markle, “She’s been there for me — and physically held me – in my darkest hours. After my dad died. After a gut-wrenching breakup she brought me into her home & nursed me back to health.”

Her long open letter ended with a note celebrating Markle as a mom, a professional and a friend.

“I can’t tell you the value of having another working mother I can lean on when with [sic] the pressures of visibility & child-rearing woes become overwhelming,” Spencer wrote via Instagram. “She’s always been a safe harbor for me, someone I can fall apart in front of… and with. And I have.”

Her post comes after allegations surfaced in The Times claiming Markle was unkind to royal aides before stepping down as a senior member of the royal family in 2020. The former actress denied the allegations. Buckingham Palace responded in a statement and is looking into the claims.

In a statement on Thursday, March 4, the royal household said, “We are clearly very concerned about allegations in The Times following claims made by former staff of The Duke and Duchess of Sussex.

“The statement continued: “Accordingly our HR team will look into the circumstances outlined in the article. Members of staff involved at the time, including those who have left the Household, will be invited to participate to see if lessons can be learned. The Royal Household has had a Dignity at Work policy in place for a number of years and does not and will not tolerate bullying or harassment in the workplace.”