Dad mode! Steve Harvey is weighing in on the relationship between stepdaughter Lori Harvey and Michael B. Jordan.

The Family Feud host, 64, said during a Friday, January 22, episode of The Steve Harvey Morning Show that he’s fine with the duo dating, but he’s prepared to change that. 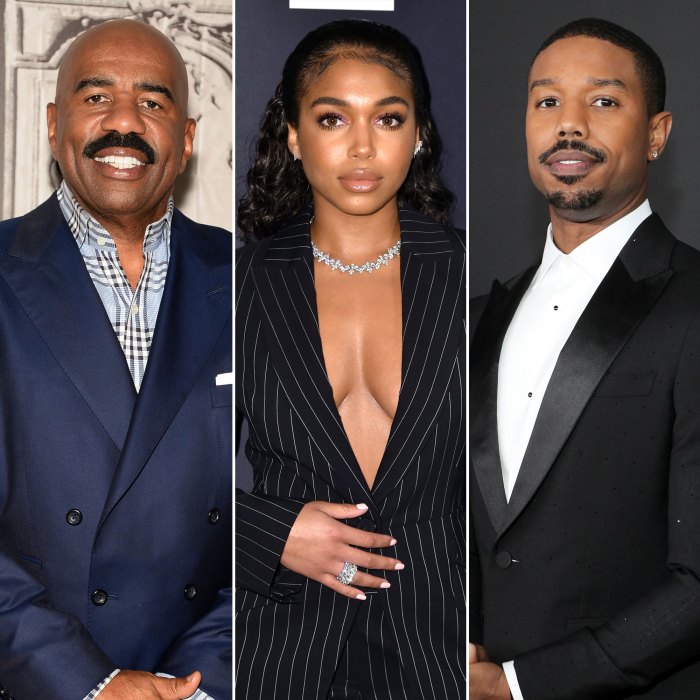 “I like this one,” he said of Jordan, 33. “I still got my eye on him. I mean, I like him, but like I say to all of ’em, ‘I might like you, I might approve of you, but I got a thumb-sized section of my heart filled with nothing but pure hatred for your ass. Just in case I need it.’”

He went on to say, “Like right now? Nice guy. But I got this little section, partner, where all I gotta do is click a switch and I can hate your ass.”

The Creed actor and Atlanta native, 24, went public with their romance on January 10, amid dating speculation. Jordan shared two grainy photos of his love interest on social media, including one that showed them close to kissing. He tagged Lori in the photos and she shared two Polaroids of herself and her beau on her own Instagram account. She captioned the post with a red heart emoji.

Days later, on January 13, the California native flirted with his girlfriend in the comments of her birthday post via Instagram. In celebration of her turning 24, the competitive horseback rider shared a series of sexy pics, on which Jordan commented, “Gimmie!! Sheeesh!! Happy Birthday Turtle!!” He then posted the steamy pics on his Instagram Story, adding star emojis to the post.

The duo later shared a sweet video from a December 2020 trip they took to Salt Lake City. Last month, The Sun posted photos of them arriving together, and Harvey shared a series of pictures of the snow in Utah on New Year’s Eve, while Jordan posted a snapshot of himself giving snowboarding a try. “New year new things,” he captioned the post. The couple were also spotted vacationing together in St. Bart’s earlier this month.

Lori’s famous exes include Sean “Diddy” Combs‘ son Justin Combs, race car driver Lewis Hamilton, rapper Trey Songz and Diddy himself. Rumors started swirling about her and the “I’ll Be Missing You” musician after they were spotted vacationing together with her family in August 2019. They were seen again in Cabo San Lucas, Mexico, the following month before Lori moved on with rapper Future in October 2019. They broke up during the summer of 2020.

Jordan, for his part, has dated Snoh Aalegra — a Swedish singer — and French model Cindy Bruna. He’s also been linked to actress Kiki Layne and YouTuber Catherine Paiz. He was, at one time, rumored to be dating Black Panther costar Lupita Nyong’o, but denied those claims.

Woman charged after ‘filming inside hospital claiming pandemic is lie’