Back in the honeymoon phase! Staci Felker enjoyed a day with husband Evan Felker nearly one month after announcing the birth of their daughter, Evangelina.

“First date with my husband sans baby. I didn’t cry,” the 36-year-old teased in an Instagram Story on Thursday, April 1, adding a few emojis of a flexing bicep. “My on-horse selfies need some work … but it had been eight months.”

In a separate post, Staci captured a field full of cattle and adorned the snapshot with a heart GIF. 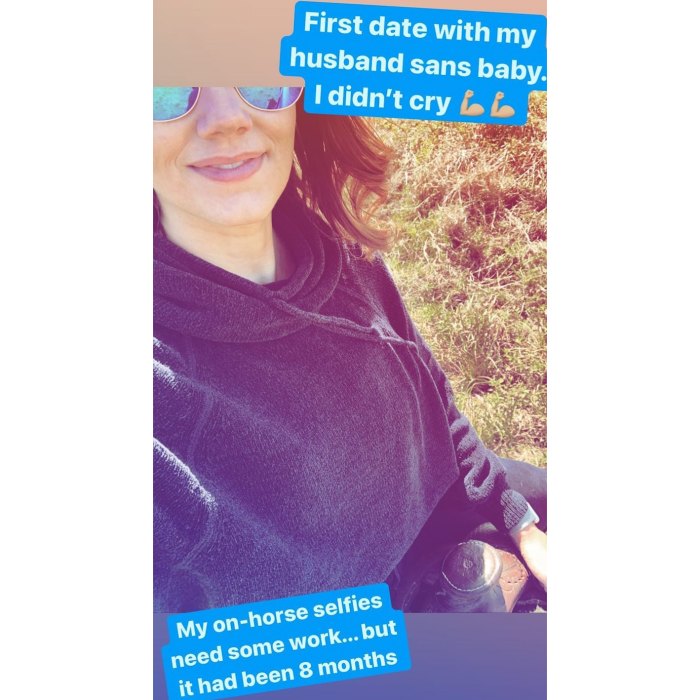 The Turnpike Troubadors singer, also 36, tied the knot with Staci in September 2016. Less than two years later, Evan was romantically linked to Miranda Lambert while they toured together. At the time, the “Bluebird” songstress, 37, was dating Anderson East following her 2015 divorce from Blake Shelton.

In May 2018, Evan filed a scheduling order to end his marriage. The divorce was finalized three months later, Us Weekly confirmed. Shortly before the pair split, a source exclusively revealed that they were “trying to have a baby.”

Staci claimed in a July 2018 Instagram video that her then-estranged husband had “ghost[ed]” her. “A man that I perfected homemade chicken soup for when he was sick, cared for him through soooo many sweating miserable days coming off benders decided to come calling when I was happy last week,” the Oklahoma native said at the time. “Too happy. Riding and then at the beach with my girls. How dare I smile after all he did to try to break me?” 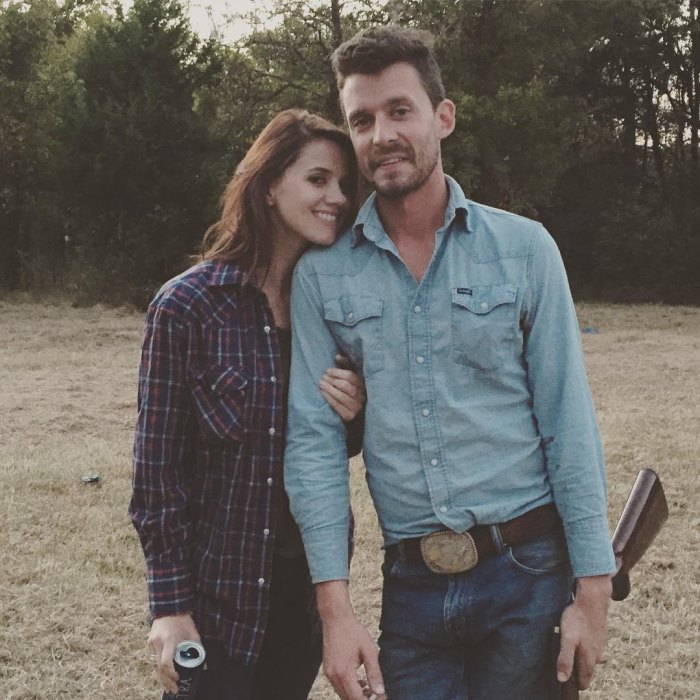 She later said that the “Long Hot Summer Day” crooner was not “a real man.”

In his 2020 book, titled Red Dirt, Evan revealed that he and his wife had resolved their issues and were back together. Staci announced via Instagram earlier this year that they were now a family of three.

“Y’all welcome my husband #EvanFelker back to my grid after a few years off,” she wrote in March alongside a series of pics of their newborn baby girl. “He’s here to introduce our firstborn. Evangelina Hartford Felker.”

After her drama with Evan died down, Lambert went on to exchange vows with Brendan McLoughlin in January 2019. Two months later, Staci reacted to the surprise nuptials.

“I have had a year’s training of holding my tongue,” she replied to a curious fan via Instagram at the time. “I did think the dress was really pretty and I wish she would call me and tell me how it was so easy for her to get over my ex because it hasn’t been so easy for me.”