Same old situation! Spencer Pratt opened up about his rocky relationship with sister Stephanie Pratt, more than a year after she left The Hills: New Beginnings.

“The Hills and the media and Stephanie and her podcast made it into this dramatic thing,” Spencer, 37, said on the Tuesday, January 19, episode of the “Juicy Scoop” podcast. “We were never like best friends and chatty or whatever.”

The crystal enthusiast, whose ups and downs with Stephanie, 34, have played out on TV since they both starred on The Hills in the early ‘00s, noted that he has “the same relationship and opinion about my sister as I did in 2005.” During the original series, he cut his sister out of his life after she became friends with Lauren Conrad, who he does not like. 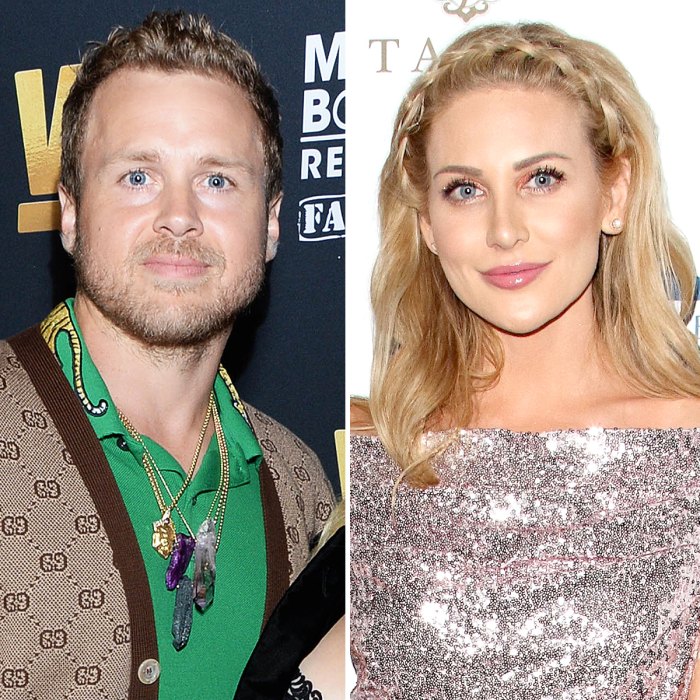 The siblings’ issues, however, don’t spread to the rest of their family, with the pair having another sister who has three kids that Stephanie is involved with.

Spencer and Stephanie’s drama came to a head when the Made in Reality author slammed her brother and his wife, Heidi Montag, in July 2019.

“I’m drained from this year. So happy to be back home in London, where evil siblings don’t exist,” Stephanie wrote via Instagram at the time, confirming she would not be returning for season 2 of The Hills: New Beginnings. “Spencer often screamed that everyone hates me, is fake nice to me and to go back to London because no one wants me here.”

The “Pratt Cast” podcast host also went off on her sister-in-law, writing, “Heidi — I have no words for how evil you truly are — you had no choice to admit all of the lies you’ve been spewing about me was for a magazine cover ? and for real WE ALL KNOW WHAT YOU DID 10 years ago.”

Stephanie alluded to Montag’s fallout with Conrad, 34, in 2007, adding, “You awful human being — and to your BEST FRIEND? You are truly a hideous person. No wonder you don’t have one friend (your nanny doesn’t count – you pay her).”

A month prior, the Made in Chelsea alum exclusively told Us Weekly that she and Spencer don’t have any relationship outside of reuniting for the MTV revival series.

“I love doing this [revival] now because I’m separate from my family, for the most part,” she told Us in June 2019. “Everything’s the same [with Spencer], non-existent. But every family has drama!”

Stephanie first detailed her falling out with her big brother in April 2019, during an episode of her podcast.

“The behavior that I’ve seen … I’m done. This is why I moved to London,” she said at the time about Spencer and Montag, 34. “They are the most toxic people I’ve ever met. They are Bonnie and Clyde till they die. So if they say, ‘The sky is black,’ all of us are morons for saying, ‘It’s blue.’ … I’m going to expose them for who they are.”

The same month, Spencer dissed Stephanie on an episode of his “Make Speidi Famous Again” podcast, saying he had been “living with evil” for his entire life.

The Pratt siblings grew up in Los Angeles before becoming stars on The Hills. Spencer joined the series toward the end of season 1, which aired in August 2006. Stephanie made her first appearance midway through season 3 in November 2007. They both starred on the revival in June 2019.