Not mad about this show of affection! Sofia Pernas made boyfriend Justin Hartley feel special on his 44th birthday with a touching tribute.

“Celebrating this man with my fav screen grab,” the actress, 31, captioned a photo of the This Is Us star via Instagram on Friday, January 29. “That smile!!! Lights up my sky. Happy Birthday, [darling].”

Hartley’s ex-wife Lindsay Korman-Hartley and their 16-year-old daughter, Isabella, commented on the post with party and heart emojis, respectively. (The former Passions costars split in 2012 after eight years of marriage.)

Us Weekly broke the news in May 2020 that Justin was dating Pernas after filing for divorce from his second wife, Chrishell Stause, the previous November. Pernas and Justin starred on The Young and the Restless together alongside Stause, 39, while he and the Selling Sunset star were dating.

The Dancing With the Stars alum addressed Justin’s romance with Pernas in September 2020. “I feel like anybody would be heartbroken to see how quickly or easily you are replaced; of course that’s going to sting,” she told People at the time, adding that it was “painful” to see him move on with the fellow former soap star. 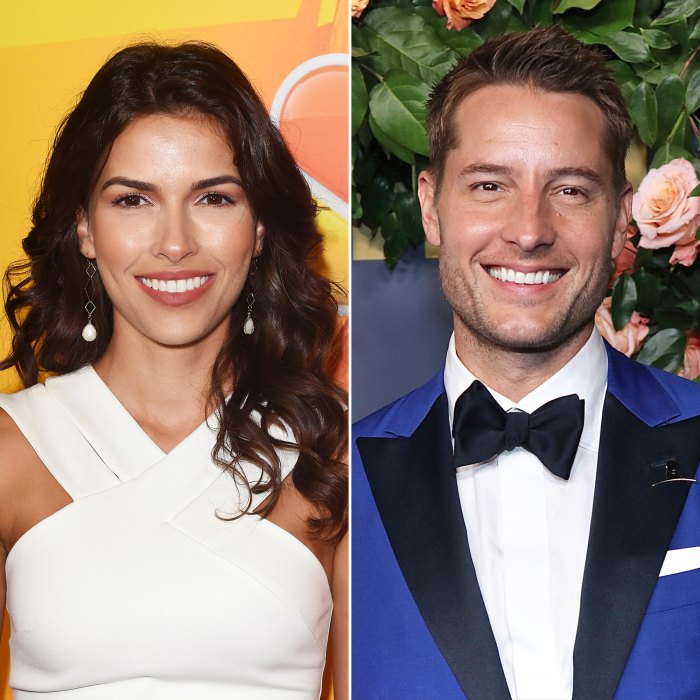 The Smallville alum and the Blood & Treasure star made their relationship Instagram official in December 2020. “Last minutes of 2020 here in LA. Bring on 2021! Happy New Year!” he captioned a black-and-white snap of the twosome in the kitchen, while she wrote of a selfie that showed them cuddling in front of a sunset, “Sayonara 2020, it’s been real. Happy New Year from our quarantine den to yours.”

Stause, for her part, confirmed in December 2020 that she is dating Keo Motsepe after meeting him during season 29 of Dancing With the Stars. A source exclusively told Us earlier this month that the romance has “blossomed pretty quickly.”

“Their relationship has grown a lot further than where it was a few months ago,” the insider said, noting that she “clearly has strong feelings” for the dancer, 31. “Keo worships the ground she walks on — he is so wrapped around her finger!”

Us exclusively reported on January 13 that Justin and Stause finalized their divorce after more than a year. According to a source, “Both parties entered into a confidential settlement as to terms of the divorce, including spousal support.” The exes, who were married for two years before their split, did not sign a prenup.

Who has Wayne Lineker dated and how many kids does he have?