It hasn’t been an easy journey for Meri Brown and Kody Brown — and it’s affecting his other wives too. During the Sunday, March 28, episode of Sister Wives, Kody, 52, revealed that his relationship with Meri, 50, began to “dissolve” in 2015 during her catfishing scandal, something that Robyn Brown as well.

“I saw a significant change and it was very, very difficult to watch,” Robyn, 42, told Us Weekly exclusively on Monday, March 29. “Kody was really struggling at that time, and he really had a hard time with it.”

Meri and Kody, who married in 1990, have had many ups and downs through the years, but Robyn, who joined the family in 2010, is hopeful they can get back to a good place. 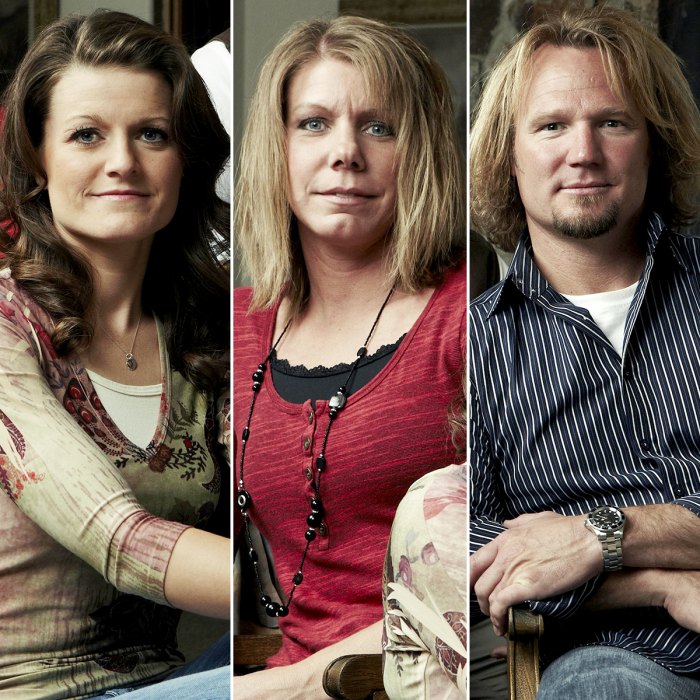 “I believe that miracles can happen in relationships and I think that you can fix anything that’s broken in relationships if you try hard enough,” Robyn told Us. “You definitely have to have two willing parties and it’s so hard to even make a judgment call on either one of their positions or what they’re doing or anything. I just hope and pray they can figure it out one way or another and heal their relationship. … I pray every day that they can figure this out.”

She also noted that when she thinks of the future, she “sees their relationship as healed,” and she’s told Meri that.

“I’ve talked to her about and I push her and like, ‘Hey, just stick it out [and] figure it out with him,’” she added. “I can only encourage support as much as they let me. This is their relationship that they need to manage. I just love them both, and I just want them to get it figured out.”

Earlier this month, Meri, who shares 25-year-old daughter Mariah with Kody, opened up exclusively to Us about the “very dark time” she went through.

“In my very, very dark time in my life that has been documented on the show, about six years ago, I went through a time where I was considering what I wanted to do,” she said. “I was considering all options and what that would look like. And I also knew that it is not safe for me — or anybody for that matter but I can only speak to myself — to make a decision in a dark time. When you are in a place of pain or hurt or sorrow or whatever, it is not the time to make a decision.”

That said, she added that although there are “always improvements to be made,” she’s “at peace” with them now. “I’m happy in my life.”