A day in the sun! Brian Austin Green shared a photo of his family enjoying the long weekend on Saturday, May 28.

In the Instagram pic, Sharna Burgess smiles while in the pool with Noah, 8, Bodhi, 7, and Journey, 4, Green’s children whom he shares with estranged wife Megan Fox. “Pool days,” the Beverly Hills, 90210 alum, 47, captioned the pic. The Dancing With the Stars pro, 35, commented, “The best days.”

The duo, who were first spotted together in December 2020 after being set up on a date, have been open about how their relationship grew amid the coronavirus pandemic. 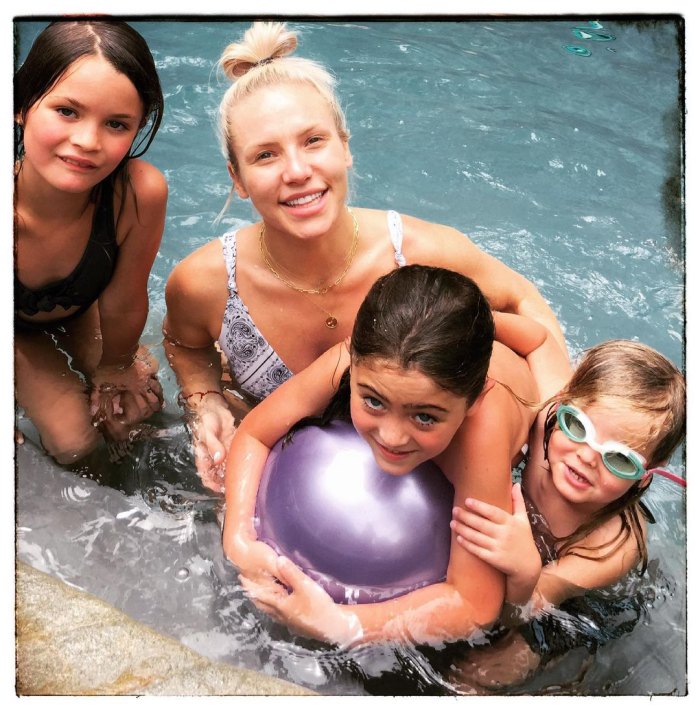 “We took our time and we really got to know each other for who we are on the inside. And we really built something beautiful,” Burgess told Entertainment Tonight in March 2021, noting that she wanted to scream about her relationship “from the mountaintops,” but also wanted to keep their romance to themselves.

“That anonymity, that little secret that was just ours, we kept that for as long as we could,” she said at the time. “It was a different way of dating. We really took our time. We took four or five dates before we even kissed. It was truly about getting to know the human being, because that’s where we are both at in our lives. I’m not really dating for fun, I’m dating for serious. I want to get to know you on the inside.”

In January, the couple went Instagram official when the dancer sharing a photo of them kissing on the balcony. “Him,” she captioned the still.

The following month, the Australia native complimented her boyfriend on his coparenting style with Fox, 34. 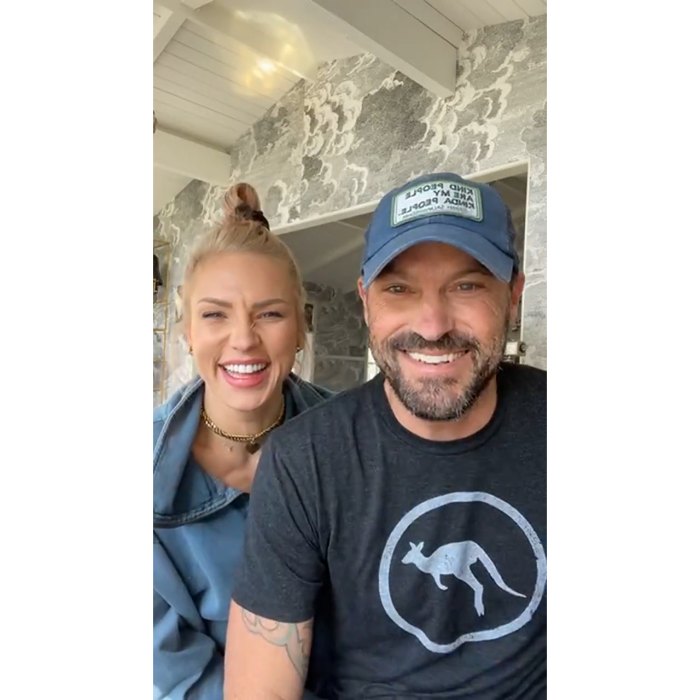 “I think they’re doing a great job with managing their situation, so I’m grateful that I’ve been able to fit into it — into their world,” she told Australia’s The Morning Show at the time. “He’s a wonderful dad, and he and his wife — uh, ex-wife — have raised three beautiful children. And they are so wonderful and sweet and kind and considerate, and they’ve done such an amazing job.”

In February, the duo took a trip together with the kids to Big Bear, California. Upon returning home, the Masked Dancer judge gushed about Burgess via Instagram Live.

“Sharna is a really amazing considerate, loving, kind person,” he said in February. “I kind of feel like when you put yourself in a space where you on some level decided that you’re gonna surround yourself with people that help you move forward on a path instead of pulling you back, that they do that.”