The Selling Sunset star, 39, exclusively told Us Weekly on Thursday, January 21, that the couple’s relationship has not been tested amid the coronavirus pandemic, admitting, “We don’t see each other a lot.”

The real estate agent noted that she has been working from home a lot, while her husband, 27, is out in the field for work as a project manager. 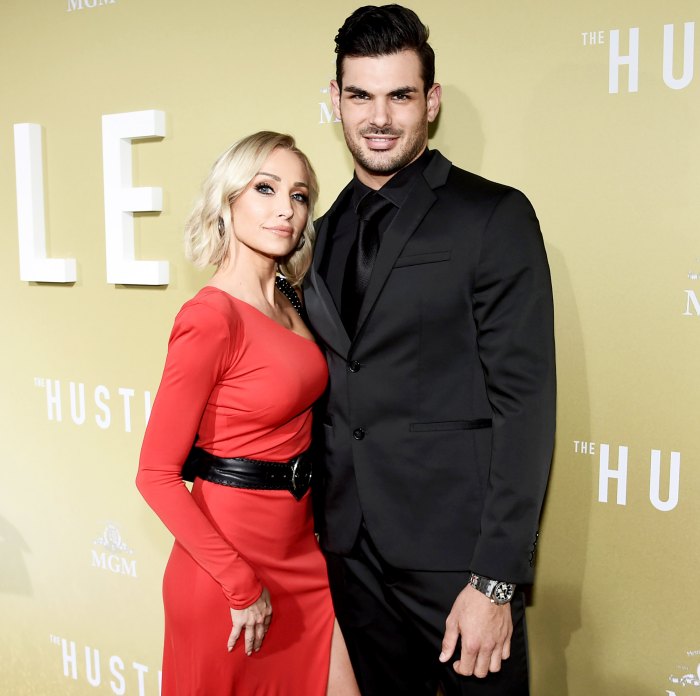 “I’ve just been staying at home, trying to play it safe as much as possible,” she told Us, noting Bonnet is at different projects every day. “He’s typically gone before I wake up and I’m still working when he comes home. He eats dinner [and] falls asleep because he gets up so early.”

Missing each other, however, has worked in the pair’s favor, according to Fitzgerald.

“We’re just like ships passing in the night,” she said. “So, we’re looking forward to spending time together actually.”

Fitzgerald said she thinks spending so much time apart has been the secret to their successful marriage.

“We don’t have time to fight,” she told Us. “It probably does help. This has probably been very challenging for a lot of people. And I think it’s just helped us that we’re both staying busy. We’re both staying very positive. And we’re always still looking forward to seeing each other. We’re not at each other’s throat.”

The Oppenheim Group employee and the France native were introduced as boyfriend and girlfriend on season 1 of Selling Sunset, which aired in early 2019. The couple’s October 2019 wedding was featured on season 2 of the reality series, but the pair were actually married a year earlier.

The duo secretly wed in a civil union ceremony in March 2018 before they started filming the Netflix series. Us confirmed in August 2020 that the couple were already married before their nuptials aired on TV.

“They chose not to tell any of their friends or family, as they were still trying to see if their relationship would work out in the long term,” the rep told Us at the time. “In their minds, they weren’t properly married until the wedding that was filmed during the show.”

One month later, the couple exclusively told Us about their biggest pet peeves with one another.

Bonnet said he had no complaints about his wife, but Fitzgerald told Us in September 2020 that her husband “farting in front of me” is high on her list. She later called the former model her “perfect” match, telling Us that he “doesn’t really do anything that pisses me off.”