Not having it! Aaron Dominguez, who is currently shooting Hulu’s Only Murders in the Building alongside Selena Gomez, responded to messages from haters who slammed his association with the pop star.

The Like a Boss actor shared an Instagram Story post that featured a hate-filled DM he received from a troll on Thursday, February 25. “Yo ugly ass boy, stay the f–k away from Selena. She deserves better,” the user wrote, adding that he was “ugly.” 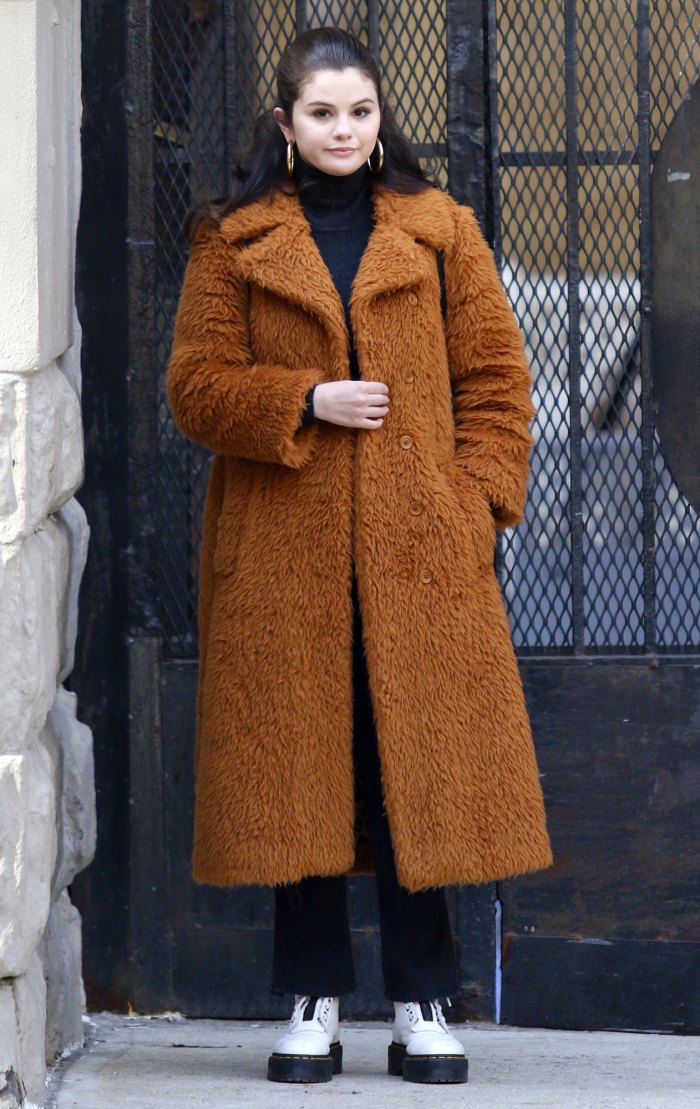 Selena Gomez on the set of ‘Only Murders in the Building’ on February 24, 2021 in New York City. LRNYC/MEGA

Dominguez, for his part, simply responded by writing, “LOL,” over the screenshot along with a laughing emoji.

The following day, the Shaft actor posted another harsh message that he got from a social media user. This time around, the hater referenced Gomez’s ex Justin Bieber, writing, “Selena really went from Justin to @theaarondominguez. We love to see the downgrade.”

Dominguez continued to remain unbothered as he replied in a since-deleted post, “Good morning. These kids don’t take a break.” Later that same day, he shared two photos of himself to Instagram and wrote, “Remain Unfazed ? Happy Friday.”

The Words on Bathroom Walls actor additionally took to his Instagram Stories on Friday, February 26, to ask for his Instagram followers to “spread love.”

Gomez, 28, has not commented on the incident.

The trolls’ attacks come one day after the “De Una Vez” singer was photographed in New York City filming a scene with Dominguez for their upcoming Hulu comedy series on Wednesday, February 24. The 10-episode show, which also stars Steve Martin and Martin Short, follows a trio of strangers who share an interest in true crime and end up joining forces to solve a murder that occurred in their Manhattan apartment building.

Dominguez plays a character named Oscar and Gomez portrays Mabel. The castmates appear to be close off screen as well since they caught up virtually via Instagram Live earlier this week.

The Wizards of Wavery Place alum previously sparked dating rumors with NBA star Jimmy Butler in December 2020 after multiple reports said that the pair were hanging out together in the Big Apple. Before that, Selenators speculated in August that she was dating her longtime friend Dylan O’Brien. Around that time, Gomez revealed on her Selena + Chef series that she was talking to a “cute boy” and fans surmised that the mystery man could be the 29-year-old Teen Wolf alum due to their social media interactions.