Scott Disick and Amelia Gray Hamlin might just be the perfect fit.

“Scott and Amelia really do have so much fun together,” a source tells Us Weekly exclusively. “They’re a great match because they both love to go out and party and are both very attracted to each other.”

Even though the duo’s romance continues to progress, the insider notes that Disick “still talks about [his ex-girlfriend] Kourtney [Kardashian] all the time” and that the former flames “speak very often, even in front of Amelia, who doesn’t seem to mind.” 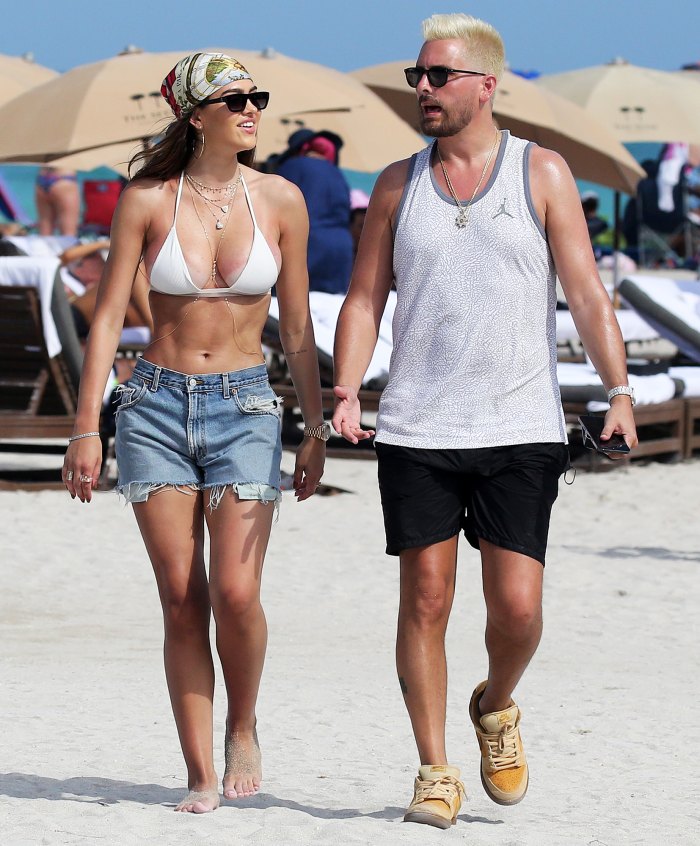 Disick, 37, and Hamlin, 19, were first linked in October 2020 when they attended Kendall Jenner’s Halloween-themed birthday party together. The pair continued to tease their romance across social media in the weeks that followed, with the model saying she was “thankful” for her beau along with other loved ones on Thanksgiving.

When Valentine’s Day rolled around, Disick and Hamlin made their relationship Instagram official. The Talentless creator posted photos of the pair enjoying dinner together in Miami, while the DNA designer shared a pic of her love during a boat ride and a snap of a bouquet of roses alongside their meal.

The daughter of Lisa Rinna and Harry Hamlin later gushed about the Flip It Like Disick star being her “dream man” on her Instagram Story on Sunday, February 28.

As Disick and Kardashian move forward in their respective relationships, a source told Us exclusively that the wellness guru’s family approves of her ex being with Amelia.

“The Kardashian-Jenner family is super supportive of Scott and Amelia’s relationship. They really like the two of them together and think Amelia is a great influence on Scott,” the insider said in January. “Scott and Amelia are in a really good place. They have a lot of love and respect for each other and it shows.”

Despite receiving support from the Kardashian-Jenner bunch, the couple has attracted criticism due to their substantial age gap. Amelia took to her Instagram Story in December 2020 to address how “extra weird and judgemental [sic]” people were being.

“People can embrace themselves however they feel fit for them at that moment in time,” she wrote at the time. “People grow. People learn to love themselves more and more.”

Months before he found love with Amelia, Disick was in a long-term relationship with Sofia Richie. The reality star split from Richie, 22, for good in August 2020 after nearly three years together.