Her side of the story. Sarah Silverman spoke out after Britney Spears fans resurfaced her roast of the pop star in the wake of the “Framing Britney Spears” documentary.

The stand-up comedian, 50, took the stage at the MTV Video Music Awards in September 2007 after Spears, 39, infamously opened the show with a less-than-stellar performance of her song “Gimme More.” At the time, the Grammy winner was dealing with a number of personal struggles and had recently finalized her divorce from Kevin Federline, with whom she shares sons Sean Preston, 15, and Jayden, 14.

At the awards show, Silverman told the audience that Spears, then 25, had already “accomplished everything she’s ever going to accomplish in her life” as the cameras cut to celebrities including Adam Levine and Jamie Foxx laughing in their seats. 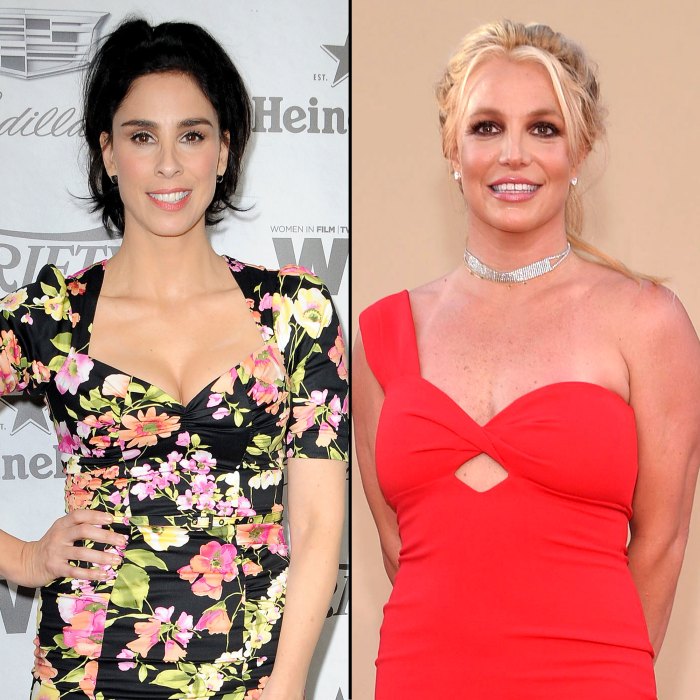 Silverman went on to call the “Toxic” singer’s children “the most adorable mistakes you will ever see” before making an NSFW comment about Spears’ private parts.

After clips of the Saturday Night Live alum’s jokes went viral on Twitter earlier this week, she took a moment to respond to the renewed backlash that she received.

“I was known then 4 roasts. MTV asked me to mini-roast Britney after her big performance,” she tweeted on Sunday, February 7. “While she was performing I was having diarrhea & going over my jokes. Had no idea she didn’t kill. Unfortunate. Art changes over yrs as we know more & the world changes.”

I was known then 4 roasts. MTV asked me to mini-roast Britney after her big performance. While she was performing I was having diarrhea & going over my jokes. Had no idea she didn’t kill. Unfortunate. Art changes over yrs as we know more & the world changes.

Silverman was slammed at the time too. Days after the VMAs, she exclusively told Us Weekly, “The joke that everyone was upset about — me calling the kids ‘adorable mistakes’ — was the most innocuous joke. It never occurred to me that would be deemed hurtful or over the line. I don’t want to get into feuds with girls half my age. I’m in it to be funny and not for the drama. It’s embarrassing.”

Spears’ fan base has been calling on the general public to apologize to the Crossroads actress after the New York Times Presents episode, which premiered on Friday, February 5, looked back on the way she was treated at the beginning of her career and during her much-publicized breakdown in 2007 and 2008.

While Spears has not publicly addressed the documentary — a source tells Us that she is “aware” of it but has not watched — her boyfriend of four years, Sam Asghari, took to Instagram on Tuesday, February 9, to blast her father, Jamie Spears. As her conservator, Jamie, 68, has been in control of Britney’s life and estate since February 2008.

“I have zero respect for someone trying to control our relationship and constantly throwing obstacles our way. In my opinion Jamie is a total dick,” Asghari, 27, wrote, later telling TMZ that “once [Jamie] starts treating his daughter right, then we can be on good terms.”

JD Sports moving 1,000 jobs to EU as Brexit is ‘worse than predicted’