“All roads lead me to this face, those eyes, that soul. You are, quite simply- everything to me,” the 46-year-old Ratched star wrote via Instagram. “Here’s looking at you, kid. Today. Tomorrow. Always. (If you don’t like this picture, you are an idiot, so don’t get mad when you see it. I even made it black and white since you prefer it. So shhhhhh. It’s a perfect picture of a perfect person) HAPPY BIRTHDAY DARLING.”

Paulson and Taylor, who have a 32-year age difference, started dating in early 2015, but the American Crime Story star did not confirm the news until March 2016.

“What I can say absolutely is that I am in love, and that person happens to be Holland Taylor,” she told The New York Times at the time, noting that she thought the Two and a Half Men alum was “probably the most exquisitely beautiful woman I’d ever seen” when they first met 10 years prior.

The couple’s relationship began in a very modern way: Years after their first encounter, they followed each other on Twitter and started exchanging direct messages. They ultimately decided to have dinner together, and the Emmy winners have been together ever since. 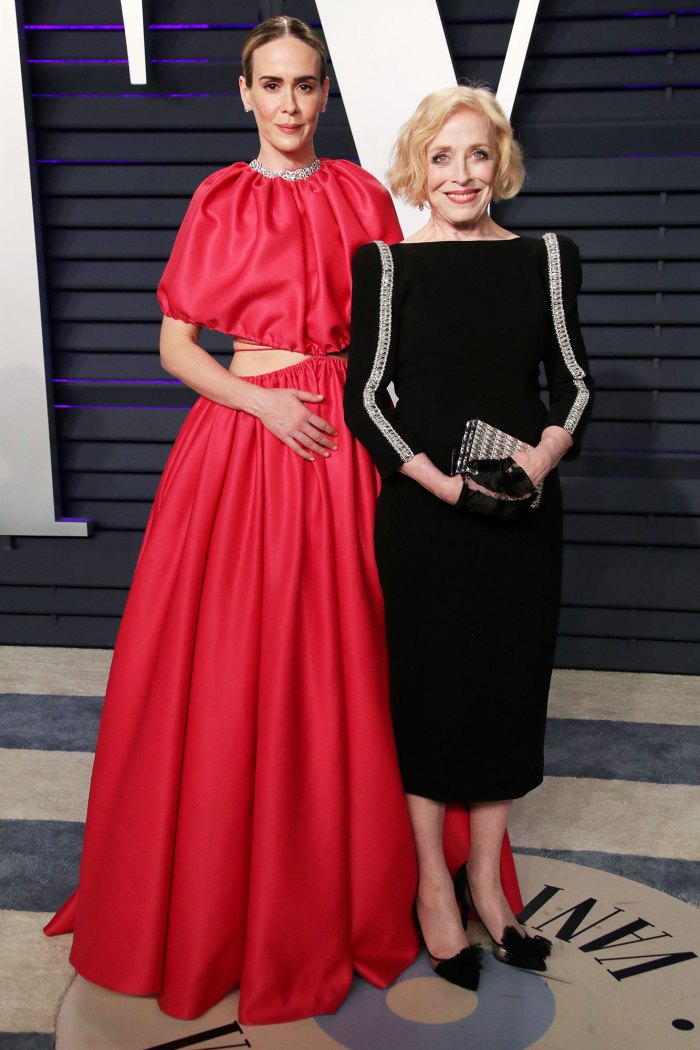 “There’s a poignancy to being with someone older,” Paulson told the Times. “I think there’s a greater appreciation of time and what you have together and what’s important, and it can make the little things seem very small. It puts a kind of sharp light mixed with a sort of diffused light on something. I can’t say it any other way than there’s a poignancy to it, and a heightened sense of time and the value of time.”

Taylor exclusively told Us Weekly in October 2018 that she and the Run star have “so little time together” because of their busy schedules, but they have managed to find a way to make their relationship work.

“We like to do what a lot of people do,” she added. “We watch television, we talk, we read for a few minutes here and there. It’s hard to grasp normal life out of such a schedule like hers is, but her career has soared this year and she knows she has to do it while it is soaring. She knows she has to do everything. She can’t pass things by during this period, so she’s doing great.”

Where is Death In Paradise filmed? All filming locations revealed – The Sun