Family man! Sam Asghari is ready to take his relationship with Britney Spears to new heights.

The Iranian-born actor, 27, opened up to Forbes about his ambitions in both his personal and professional lives during an interview published on Saturday, March 6. Now that he’s achieved some success on screen, Asghari said he’s focused on other pursuits, like starting a family. 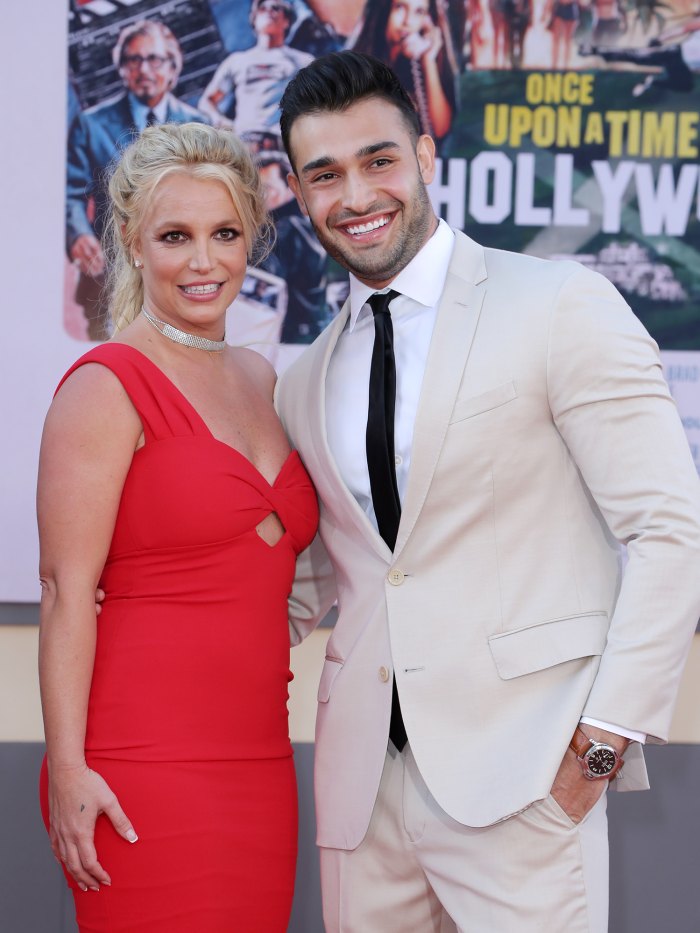 Britney Spears and Sam Asghari attend the ‘Once Upon a Time in Hollywood’ film premiere in Los Angeles on July 22, 2019. Matt Baron/Shutterstock

The Family Business star’s comments come days after an insider exclusively told Us Weekly that Asghari is ready to have little ones of his own with Spears, 39.

“Sam would love to start a family with Britney,” the source said on Thursday, March 4. “He’s always dreamt of having children and thinks he would be a great father. He’s a natural around little kids.”

Asghari also hopes to settle down with the pop star and eventually tie the knot, the insider added.

“Sam also sees marriage in his and Britney’s future when the time is right and they are able to wed without the restraints of her conservatorship and with the blessing of her family,” the source told Us. “He’s very old-fashioned in that way.”

Spears shares two sons, Preston, 15, and Jayden, 14, with ex-husband Kevin Federline. The “Toxic” singer posed for a picture with her boys on March 1, which Asghari responded to with a sweet comment. “Lioness with her cubs,” he wrote, adding a heart eyes emoji.

Asghari and the Louisiana native met on the set of her music video for “Slumber Party” in October 2016 and have been together ever since. The actor has been supportive of Spears throughout her conservatorship battle, speaking out against the Grammy Award winner’s father, Jamie Spears, on February 9.

“Now it’s important for people to understand that I have zero respect for someone trying to control our relationship and constantly throwing obstacles our way,” Asghari wrote via his Instagram Stories at the time. “In my opinion, Jamie is a total dick. I won’t be going into details because I’ve always respected our privacy but at the same time I didn’t come to this country to not be able to express my opinion and freedom.”

Later that day, he spoke with TMZ about the situation, explaining, “I’m not upset at anybody, but you know what? What I said is what I said. I think he’s a dick. That’s just my opinion, but I’m not going to go into details. That’s it, man. I hope [we can be on good terms one day]. Once he starts treating his daughter right, then we can be on good terms.”