Ready for the next step? Lindsay Lohan is glowing after marrying Bader Shammas — and she’s trying to encourage others to find love too!

“It’s really hot,” the Falling for Christmas actress, 35, gushed of newlywed life during a Friday, November 11, appearance on Live With Kelly and Ryan, before directly addressing Ryan Seacrest. “You should try getting married some time!”

The radio personality, 47, laughed off Lohan’s remarks before offering subtle insight into whether he’s ready to say “I Do” in the future. “It’s a long story,” Seacrest quipped. “Now, she’s giving advice!” 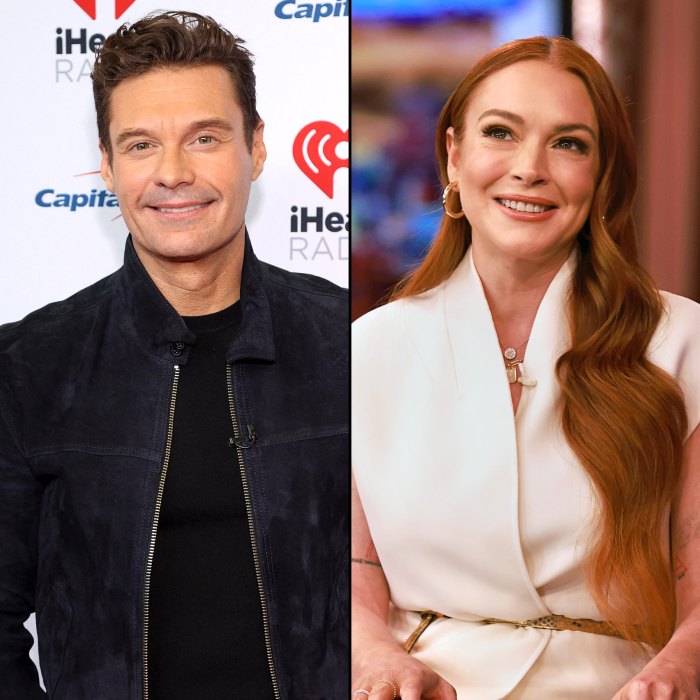 While the Georgia native played coy about future marital plans, he’s been happily dating Aubrey Paige for nearly one year.

“Ryan is increasingly confident he and Aubrey have what it takes for the long term,” a source exclusively told Us Weekly in June, weeks after the twosome made their public debut at the Tribeca Film Festival premiere of Jennifer Lopez’s Halftime documentary. “He’s trying not to get too far ahead of himself, it’s still relatively early days after all, but the fact he was willing to go red carpet official was a big step.”

The insider added: “At some point in the not too distant future, he wants to settle down and start a family. He wouldn’t be dating anyone who didn’t have that long term potential. … He’s going with the flow but feeling very good about things.”

Seacrest and the 24-year-old model — whose full name is Aubrey Paige Petcosky — were first linked in May 2021 after they were spotted spending Memorial Day together. Us broke the news one month later that they were officially an item.

“Kelly [Ripa told her], ‘We’re all happy you’re here and that you exist because we weren’t sure there was somebody,’” the American Idol host recalled during an April Live episode of introducing his love to his talk show cohost at Mark Consuelos’ birthday party. “Mark pulled me aside at the beginning of the night. He said, ‘Can I ask you a question? … She’s really tall. She’s taller than you, and much taller in heels. How does that work?’ I was like, ‘What are you asking me?’” 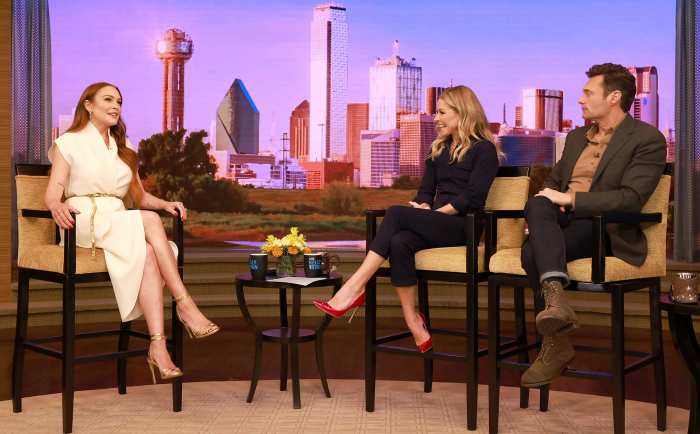 As Seacrest’s romance with the Texas native continues to heat up, he’s not feeling any pressure to pop the question.

“I’m happy. I’m happy in the present moment,” he told guest host Lisa Rinna during an August episode of the daytime show about the prospect of marriage. “I don’t think about anything else. Why push it?”

He continued at the time: “I think having kids at the right time would be great. I have a fantastic family, a very small family. I have a niece, [my sister] Meredith has a daughter. My parents have been married 52 and a half years, so that’s a high bar. So, that’s in my head.”

While Seacrest — who previously dated Julianne Hough and Shayna Taylor — and Paige are focusing on the present, he made a point to divert the remainder of Friday’s conversation back to the Mean Girls actress and her romance with Shammas.

“We got married in Kuwait,” Lohan said on Friday, answering the TV host’s questions about her April nuptials. “I feel like we skipped a lot of time because we were in lockdown together, and in Dubai [where we live] it was very locked down, so we really got to know each other, which was the best part. There was nothing left to hide!”