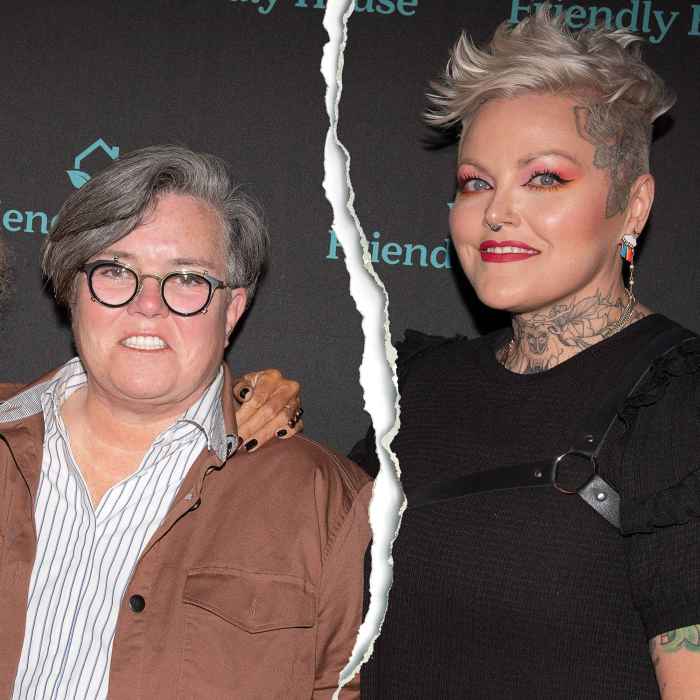 It’s over. Rosie O’Donnell and Aimee Hauer have called it quits, a source confirms to Us Weekly.

The comedian, 60, revealed that she was dating the massage therapist, 43, in June via a since-deleted Instagram photo shared on Hauer’s page. The couple made their red carpet debut one month later at the Stand Up for Friendly House comedy benefit in Los Angeles. In September, O’Donnell gushed that she was “in love” with her new girlfriend during an interview with Howard Stern.

“She’s really kind and wonderful, and I like the pace we’re going at. It’s not like a U-Haul situation,” the former talk show host said at the time.  “[She’s] not pressuring me, which is good because I don’t do well under pressure like that. It only feels like a weight but that hasn’t happened.”

O’Donnell also revealed that they met after she slid into Hauer’s DMs on TikTok. “I watched … her TikToks and every time I saw her, I would smile and [be] like, ‘This woman is, like, perfect,” she said during her appearance on Stern’s SiriusXM show. “Look at her, she’s so happy and enthusiastic and beautiful and bright and she has a light coming from her.”

In 2017, the former View cohost began dating Elizabeth Rooney. “I am in love,” O’Donnell gushed to Stern at the time. “It’s the first time I’ve dated someone younger than me and it’s a very trippy thing. … I get along with her so well. It’s kind of fascinating. The one thing that she doesn’t know? [Barbra] Streisand. I made her watch Funny Girl. She’s like, ‘It was good.’ I’m like, ‘Come on!’”

Us Weekly confirmed that the couple were engaged in October 2018, though O’Donnell revealed shortly after the news broke that they weren’t rushing down the aisle. “I have a 5-year-old with autism [Dakota] and we have a routine going, the two of us,” she explained to Us that same month. “Elizabeth comes every five days and stays for a few days. It’s kind of a great, slow process where [Dakota] does say, ‘I have two brothers and two sisters and two mommies.’ So, she’s kind of in the vibe of it, but you know when you have a kid with special needs like that, you try to go in a little bit of a different place. So, we both agree that [holding off on wedding plans] would be best for everyone.”

The twosome called it quits in October 2019. “We’re trying to work out what’s going on,” the TV personality told Us exclusively one month later. “She’s a police officer and she’s young and there’s a lot of attention on [us]. We’re just taking it slow.”