RICH kids have been flaunting their stunning wealth online with one teen filling balloons with money for an 18th birthday – while another drove their Lamborghini through a McDonald’s drive-thru.

While they might be part of the mega-rich, it seems minted teens still love the everyday perks of life – including a cheeky Maccas and balloons at your party. 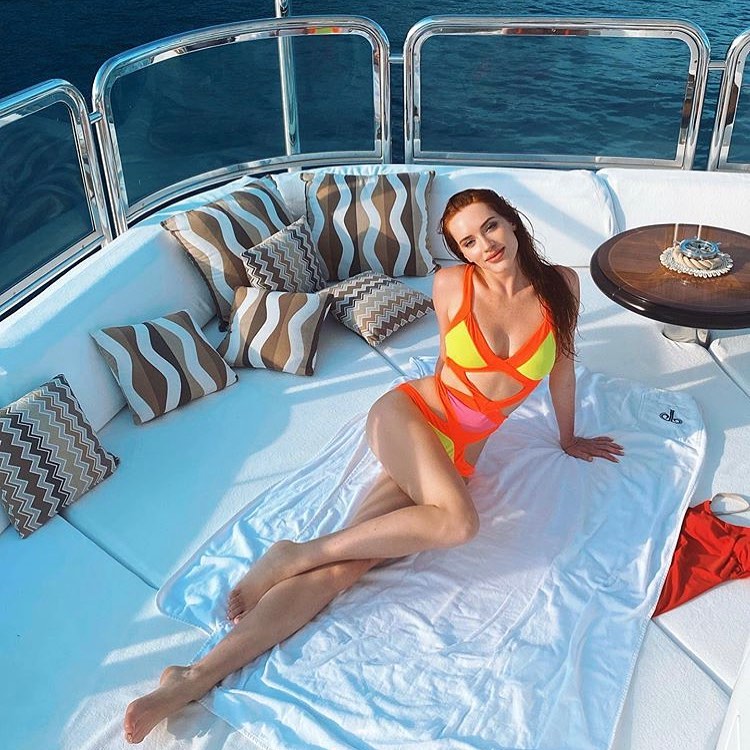 Rich kids have been flaunting their extreme wealth on social media Credit: rkoi/Instagram

A clip shared to TikTok, showcasing the jet-set life of a wealthy teen, revealed what she got her pal for their birthday – money.

The girl, called Ash, showed herself rolling up stacks of $50 and $20 bills – amounting to hundreds in total.

She stuffed them into a balloon, along with bags of sweets, before blowing up dozens of colourful decorations, ready for a party.

The camera shows the birthday girl blowing out the candle on her cake – before popping her giant balloon. 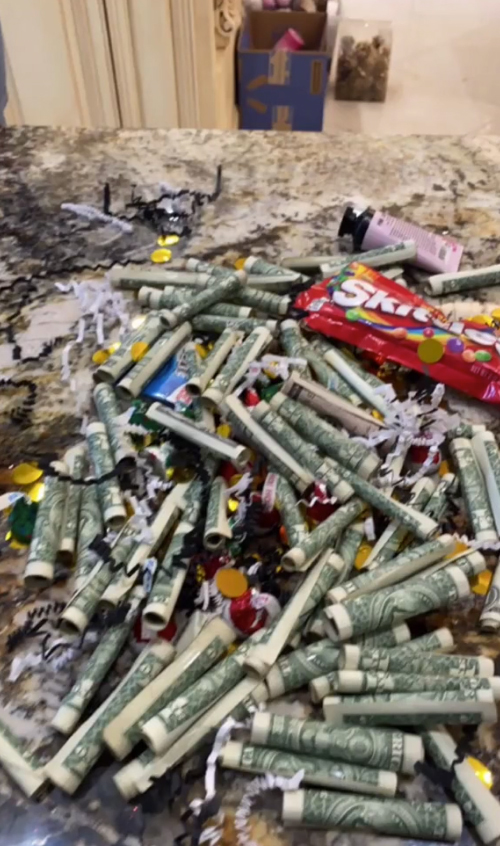 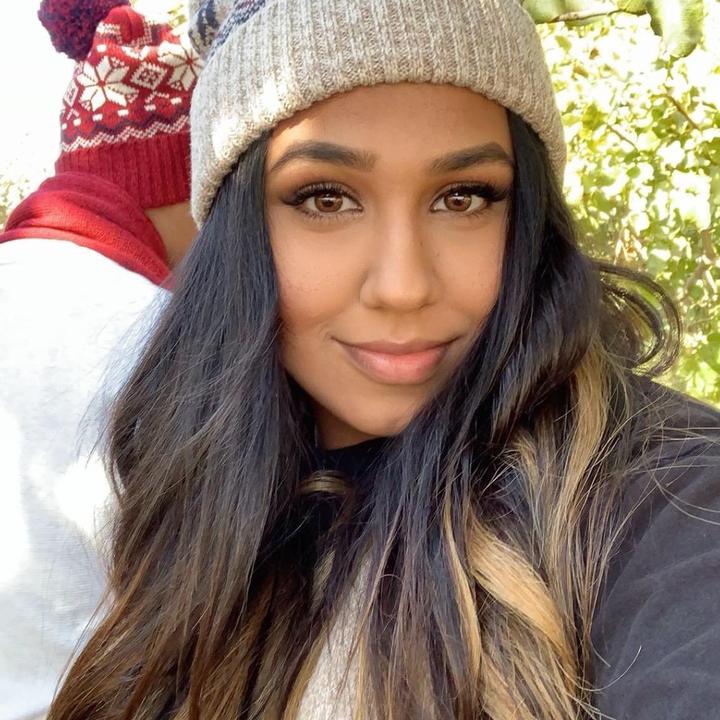 The piles of cash come pouring out, along with a teddy bear, a bag of skittles and beauty products.

Numerous people commented on the incredible present, claiming the most they got on their birthday was a tenner in a card.

One person said: “What a lucky girl.” 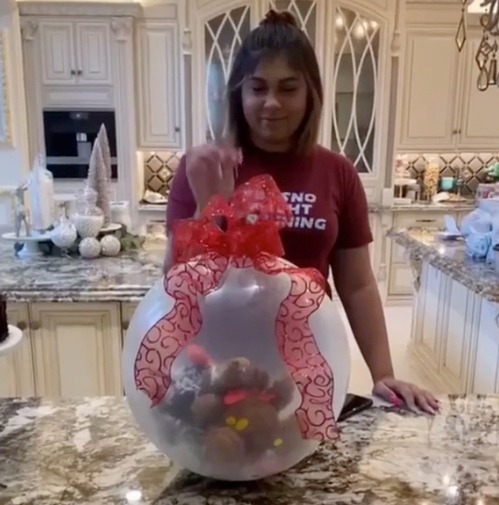 The girl popped the balloon, which was filled with sweets, toys – and cash Credit: @_ashhhhh__/TikTok

A third commented: “Damn happy birthday hope it was great wishing you the best.”

While someone else added: “I got $20 for my birthday.”

They’re not the only minted teen flashing the cash online, with one bloke filming his mate pulling up at a McDonald’s drive-thru – in a Lamborghini. 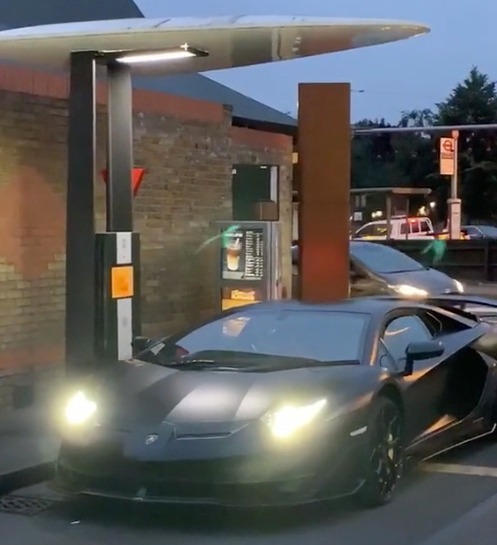 One bloke couldn’t resist a cheeky McDonald’s so took his Lamborghini to the drive-thru Credit: @tiktokrichkids/Instagram

The pair planned ahead, as one person films the supercar pulling round the corner of the fast food joint.

They captioned the TikTok clip: “Gotta pull up in the Drive Thru in the svj right.”

The video – shot in the UK – shows a line of less expensive cars queuing behind the Lambo as the lad satisfied his fast food craving – although sadly we don’t know what he ordered. 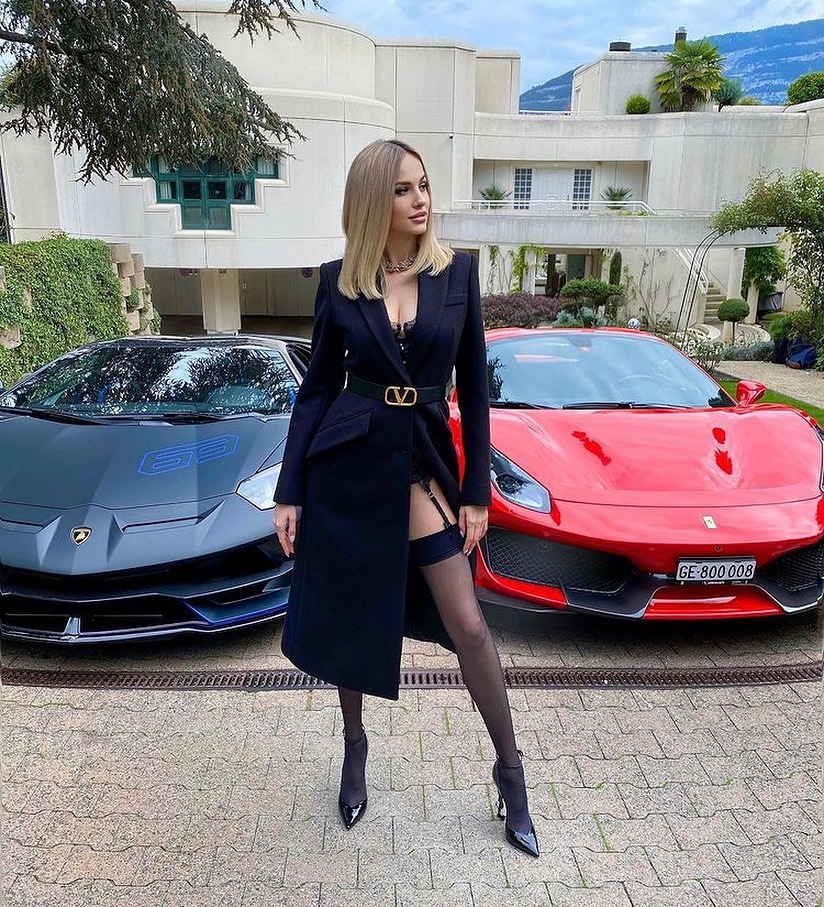 Wealthy car owners have been showing off their supercar fleets online Credit: rkoi/Instagram 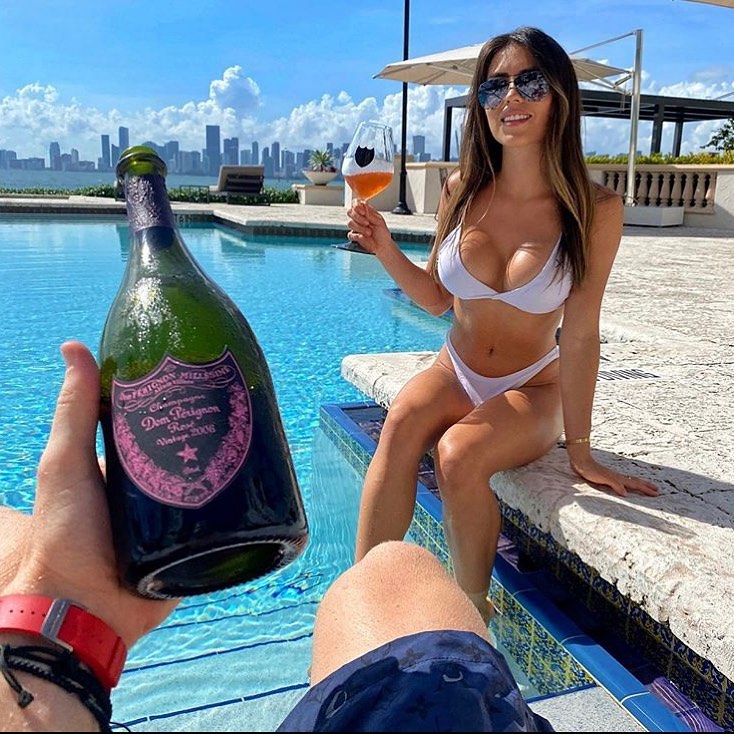 One woman relaxed poolside with a bottle of pricey plonk Credit: rkoi/Instagram

Other rich kids filmed themselves living the high life on super-yachts, with one playing golf off the side of a deck, while a bikini-clad girl shoots hoops on a floating basketball court.

And another bloke opened a champagne bottle with an expensive watch, which a second filmed himself driving a supercar – while wearing a Louis Vuitton face mask.

Supercars, and other modes of transport, are a clear theme among the wealthy, with Instagram’s rich kids account sharing snaps of bikini-clad girls lounging on boats and next to cars. 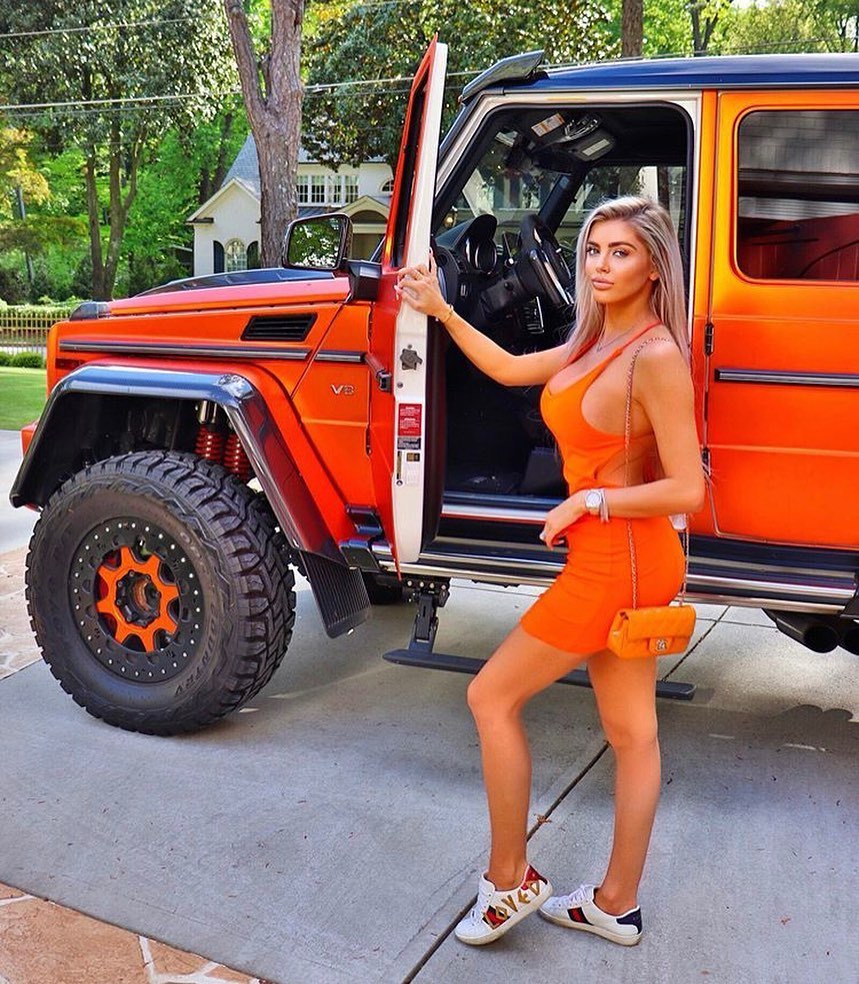 This ‘rich kid’ made sure her bright orange dress matched her carCredit: rkoi/Instagram 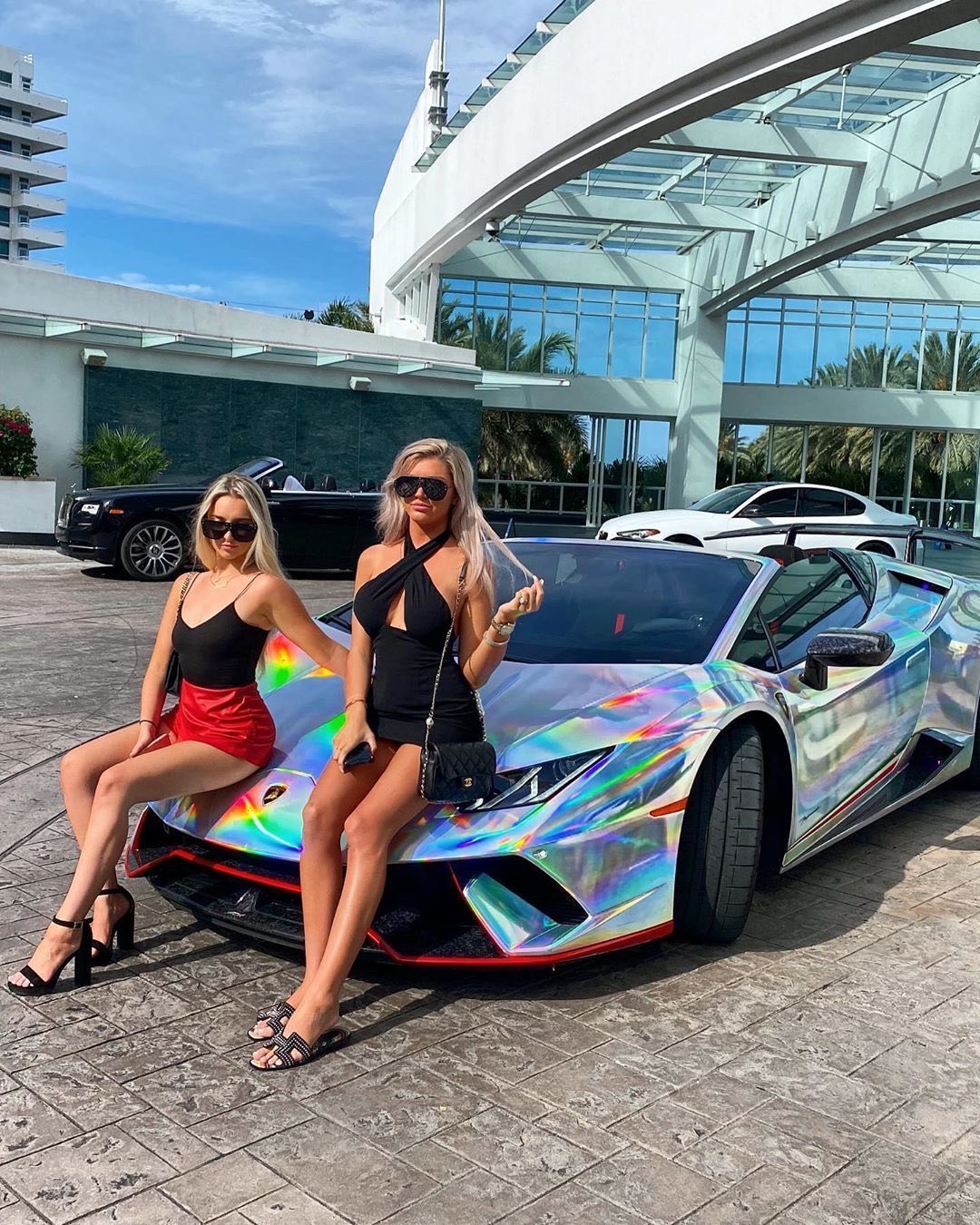 Standing in front of a Ferrari and a Lamborghini, a woman, dressed in suspenders, asked: “Decision time. Lamborghini vs Ferrari?”

Another posed next to an orange 4×4 in a matching dress, said: “Love it when my car matches my outfit.”

Another girl lounged next to a pool, while her pal opened a bottle of pricey Dom Pérignon, as she said: “Sunday pool day goals.” 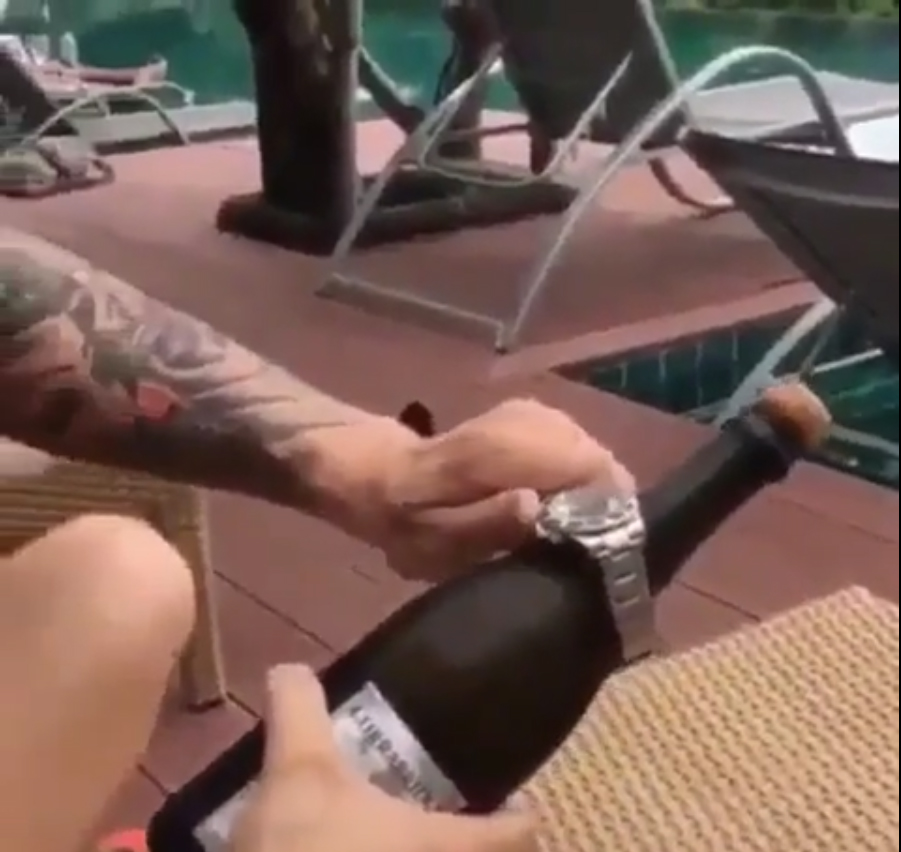 A clip showed a bloke opening an expensive bottle of booze – with a fancy watch Credit: Tiktok 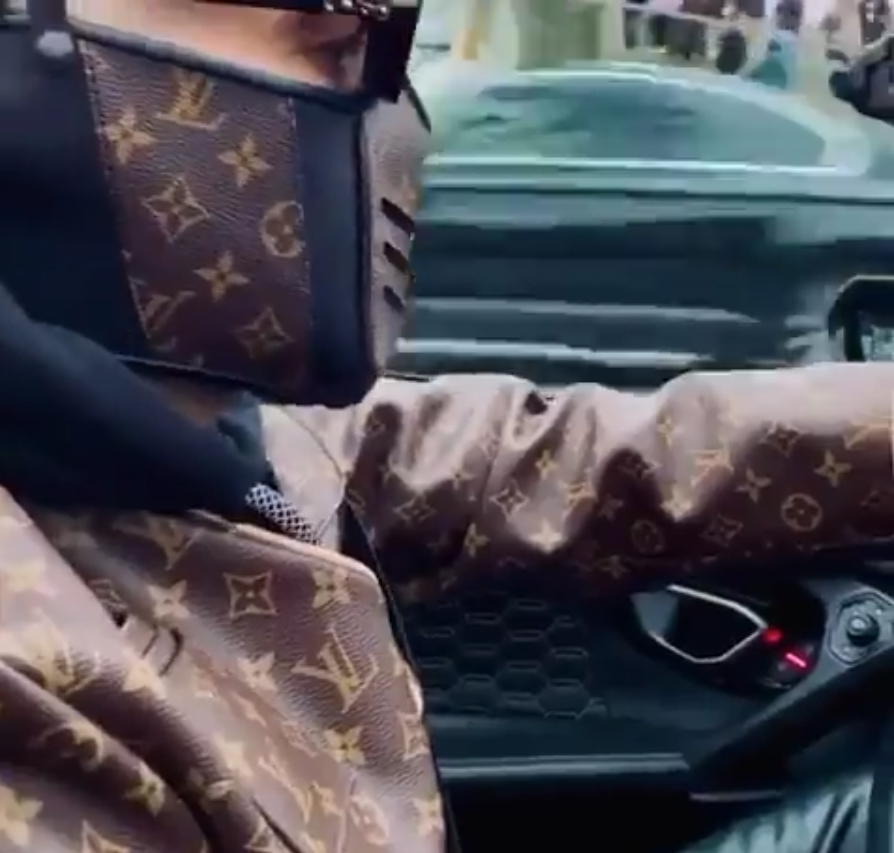 While this bloke took his supercar out for a spin in an all Louis Vuitton ensemble Credit: Tiktok

Meanwhile, the dad was shown breaking down in tears after his generous son surprised him with a Range Rover.

And a single mum-of-two also got emotional when loaded teen treated her family to a Disneyland hol on Rich Kids, Skint Holidays.

Plus an heiress, 18, who owns £31k car and blows £400 a week on food is scared of a caravan and begs to leave on Rich Kids Skint Holiday.

TikTok users reveal the ‘most insane’ things they’ve seen rich people do, like flying from Detroit to NYC for PIZZA