Hours after pleading not guilty to fraud and money laundering charges, Jen Shah maintained her innocence relating to her arrest in a long-running telemarketing scheme.

“Thank you for being loyal, believing in me and not believing the hype,” the 47-year-old Real Housewives of Salt Lake City star wrote on Saturday, April 3, via Instagram. “This journey has showed me who my true friends are. All my love. #ShahSquad.” 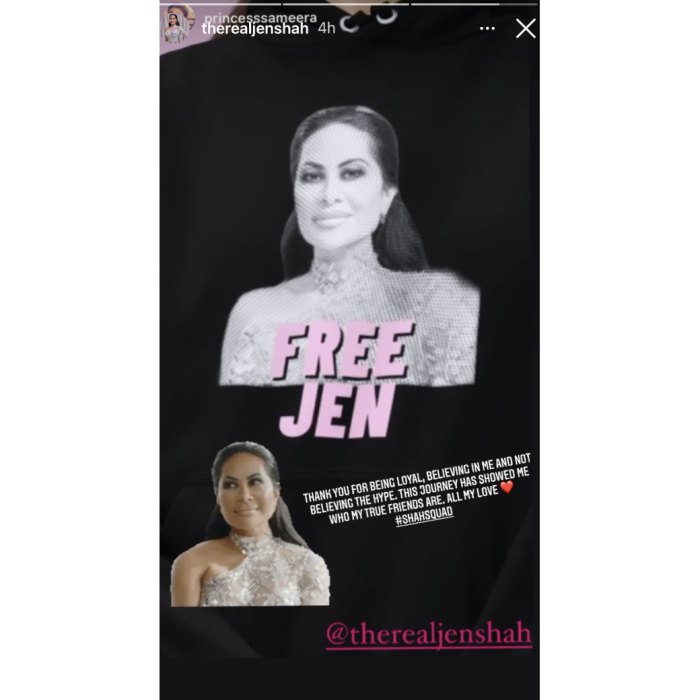 Shah wrote alongside a “Free Jen” sweatshirt created by Christian Gray Snow. She later reposted supportive messages from fans, adding, “I love you. Thank you to my real ones.”

The Bravo personality and one of her assistants who appeared on RHOSLC, Stuart Smith, were arrested in Utah on Tuesday, March 30, after they were accused of defrauding “hundreds” of people, many over the age of 55, by selling “lead lists” for nonexistent business opportunities.

“Jennifer Shah, who portrays herself as a wealthy and successful businessperson on ‘reality’ television, and Stuart Smith, who is portrayed as Shah’s ‘first assistant,’ allegedly generated and sold ‘lead lists’ of innocent individuals for other members of their scheme to repeatedly scam,” Manhattan U.S. Attorney Audrey Strauss said on Tuesday. “In actual reality and as alleged, the so-called business opportunities pushed on the victims by Shah, Smith, and their co-conspirators were just fraudulent schemes, motivated by greed, to steal victims’ money. Now, these defendants face time in prison for their alleged crimes.”

Us Weekly confirmed on Wednesday, March 31, that Bravo cameras were rolling at the time of Shah’s arrest.

“Jen was filming with a few of the other women present when she was arrested. The women were completely shocked when Jen was taken away,” the source told Us, noting that the group, which also includes Meredith Marks, Whitney Rose, Heather Gay, Lisa Barlow and Mary Cosby, was preparing for a trip to Colorado at the time. “Jen’s future this season remains unclear. If she will go back to filming or not, no one is really sure, she hasn’t resumed filming yet.” 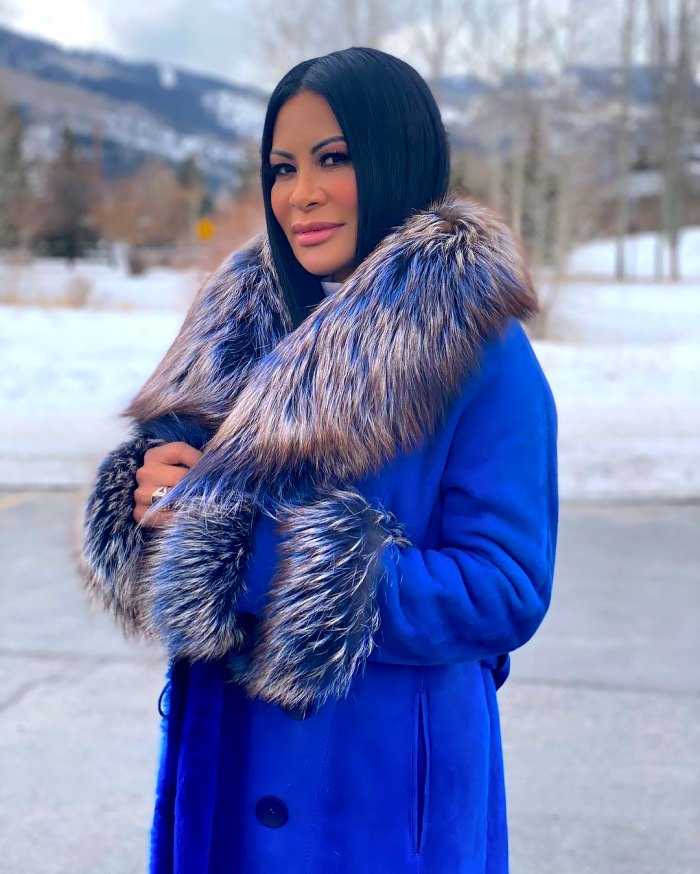 Gay, 46, is the only RHOSLC star to comment on the scandal, telling writer and Bravo viewer Evan Ross Katz that she was “SHOOKETH” on Thursday, April 1. The Beauty Lab and Laser owner later alluded to the drama when she thanked Real Housewives of Dallas’ Tiffany Moon for sending candles.

“Its been quite a week…” Gay wrote on Friday. “@tiffanymoonmd I might need some more Aroma-Sthesia candles. Is there anything stronger than propofol? 😳 #tgif #goodfriday.”