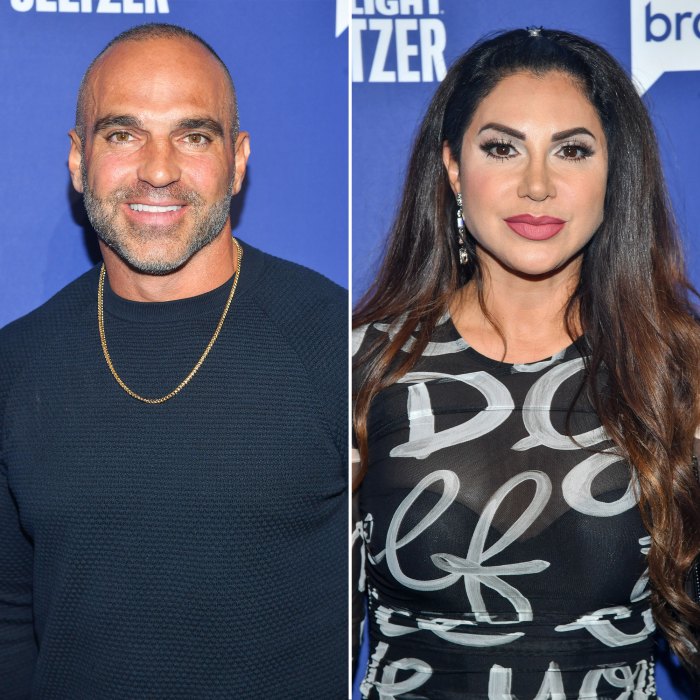 His side of the story. Joe Gorga attempted to clear the air about the shocking incident between him and Jennifer Aydin at BravoCon.

“Everything that you heard is a lie,” the Real Housewives of New Jersey star, 43, claimed during an episode of the “Chicks in the Office” podcast on Friday, November 11. “The story is out there that she threw a drink at me, and I was saying these vulgar things to her. No.”

Last month, Gorga and Aydin, 45, made headlines when their run-in at the Gansevoort Hotel was caught on camera. In the footage, which was filmed by onlookers, the Ultimate Beauty Pillow creator was seen arguing with a member of Joe and wife Melissa Gorga‘s team.

The situation escalated when Aydin threw the remaining contents of her drink, which seemingly ended up on Joe. Shortly after the altercation, Aydin’s social media assistant, Erica Madelyn, alleged in a TikTok video that Joe called her boss a “f—king dirty bitch.”

The Gorga Guide to Success author, for his part, slammed Madelyn’s accusations. “First of all, I was 50 feet away with my wife. Jennifer likes to dig a lot and she gets involved in my family business,” he claimed on Friday.

According to Joe, his wife, 43, “did say something” to Aydin, which caused the drink throw. “If you watched her on the TV show through the years — she drinks a lot, she’s violent, she throws thing, she breaks glasses, she wants to stab you with it. She throws knives,” the businessman alleged. “I mean, this is who she is, she’s crazy. Picture her in real life. That’s editing!”

Joe recalled getting into a shouting match with Aydin but clarified that the drink didn’t end up on him. “She was out of control to the point where it was embarrassing,” he claimed. “Yelling at the top of her lungs like a maniac.”

Aydin, however, has yet to address the situation in detail after the New York City event. Following the encounter, a source exclusively told Us Weekly that Bravo was “not happy” after they learned about the scandal.

Why was the Queen’s cypher still on King Charles’s military uniform?