Worlds collide! Shannon Beador‘s friendships go beyond the Real Housewives franchise, as evidenced by some of her favorite Instagram pics.

The Real Housewives of Orange County star, 56, gave Us Weekly exclusive insight into her wildest posts in a round of the “I Can Explain” game — and revealed she’s bonded with members of the Vanderpump Rules cast, including Tom Schwartz and Tom Sandoval.

“That was taken the night of the season 13 reunion,” Beador told Us of the October 2018 selfie with the TomTom co-owners. “We’d just filmed the reunion and I was dating someone who was in town and at a party where the Toms were.” 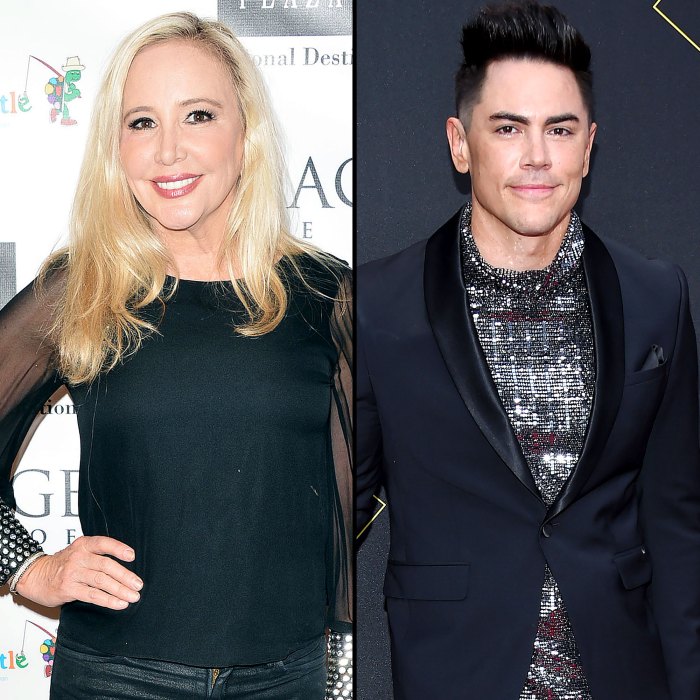 While Beador hadn’t met Schwartz, 38, before that night, she’d previously crossed paths with Sandoval, 37, and his girlfriend, Ariana Madix, at an event in St. Louis. “We went to the casino afterward and basically pulled an all-nighter there,” Beador joked. “They’re tons of fun.”

Bravo stars aren’t the only famous faces featured on Beador’s social media account. The reality TV personality also dished on a backstage meeting with Bret Michaels at a charity benefit in Scottsdale, Arizona, which resulted in an Instagram moment for the ages.

“He was performing [there] and I had met him after we filmed the finale of season 13. I went to his concert and I was able to go backstage and meet him,” the California native recalled of the January 2019 photo. “He knew that I dressed up like him for drag queen bingo. He’s such a kind person.”

Shannon, who was previously married to David Beador for 17 years before their 2017 separation, also posts plenty of sweet family moments with daughters Sophie, 19, and twins Adeline and Stella, 16. While Shannon wants nothing more than for her kids “to have a relationship with their father,” she previously told Us that David, 55, “doesn’t wanna” talk to her since finalizing their divorce in 2019.

“I would prefer to have more of a coparent, but he’s not interested. But we’re getting through it,” Shannon said in October 2020.

David has since moved on with Lesley Cook, whom he began dating in 2017. The entrepreneur proposed in January 2020 and the couple announced six months later that they are expecting their first child together. Shannon, for her part, has been dating boyfriend John Janssen since July 2019 — but is hesitant to move in with her beau.

“We’ve spent most of our time together but I don’t want to do something official like that unless I know that it’s a forever relationship,” Shannon told Us. “He’s really good with [his] texts and expressing his feelings. … This morning already, he texted me, ‘You look beautiful’ and you know … I’m not used to hearing that. So it’s really nice.”

How to Properly Use PR and SEO to Amplify Marketing Results