On her own? Rebel Wilson hinted that she and boyfriend Jacob Busch have called it quits in a telling new Instagram post.

“Lots on my mind…aghhhhhh…#single-girl-heading-to-Super-Bowl!” the Pitch Perfect actress, 40, captioned a photo of herself standing outside a trailer in a form-fitting dress and yellow cardigan.

Wilson slowly began to introduce Busch, 29, to her social media followers in the summer of 2020 before they made their official red carpet debut as a couple in September at the Monte-Carlo Gala for Planetary Health in Monaco. Later that month, a source told Us Weekly that the pair were “officially boyfriend and girlfriend” after connecting at the beginning of the COVID-19 pandemic.

“They met last year and started casually dating before coronavirus hit. They kept in touch while Rebel was in Australia, and when she returned back to the U.S., they picked back up dating again and became serious,” the insider explained. “Jacob adored Rebel last year before she went on her health journey.”

The Australian actress documented her weight loss throughout the last year, dropping more than 60 pounds during her fitness kick. She reached her goal weight of 165 pounds in November 2020 and recently opened up about how people have treated her differently since noticing her slimmed-down figure.

“Sometimes being bigger, people didn’t necessarily look twice at you. And now that I’m in a good shape, like, people offer to carry my groceries to the car and hold doors open for you. I was like, ‘Is this what other people experienced all the time?’” the Isn’t It Romantic star said during an interview on The Morning Crew With Hughesy, Ed and Erin radio show in January. 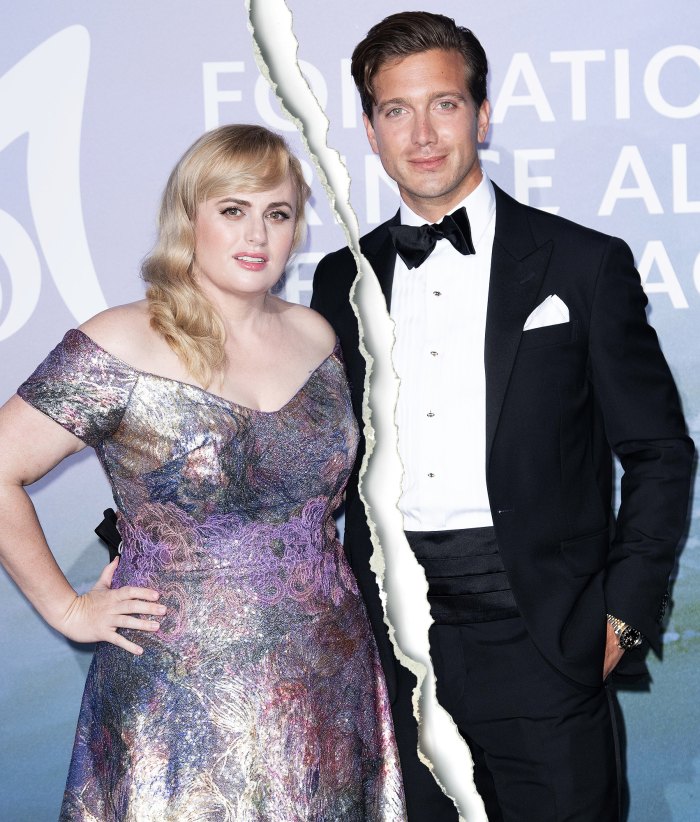 Wilson admitted that she was surprised that her health journey got so much attention “when there’s so much going on in the world,” but revealed that she’s always felt comfortable in her own skin — no matter what size she’s been.

“I like to think I looked good at all sizes and stuff and I’ve always been quite confident,” she added. “So, it wasn’t like I wasn’t confident and then now I’m, like, super confident.”

Two months before seemingly splitting from Busch, the Cats star said that losing weight has made her feel like she’s blossomed in both her personal and professional lives.

“I feel so much healthier,” Wilson said on The Drew Barrymore Show in November 2020. “And I don’t know whether it’s a thing with ladies when you turn 40, [but] I feel like I really have come into my own now and not just with health but with my career. I feel more in control. … I just feel like everything seems to be coming together, maybe I’m a late bloomer or something, but I’m slowly getting it together.”

Georgia Steel signs up for Ex On The Beach