Uh-oh! Rebel Wilson got injured in a run-in with an unleashed dog while riding her bike in London.

The Pitch Perfect star, 41, showed the aftermath of her accident via her Instagram Story on Monday, March 22, blaming a pooch for her foot trauma.

“F–k people who don’t have their dogs on the lead and let them run onto the road!!” she captioned the shot of an ice pack resting on her left leg and ankle while elevating both feet. 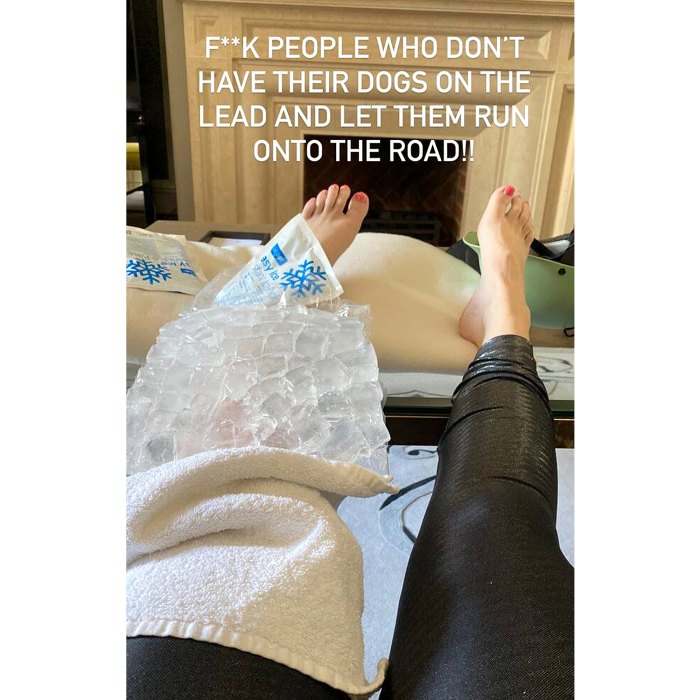 The Hustle actress also posted footage of herself riding a bike through London prior to the incident.

“But 20 minutes earlier before the accident I was cycling great!!” she wrote alongside the clip, showing the actress wearing a helmet and face mask amid the coronavirus pandemic.

“Let’s just call this ‘Ballroom Bicycling’ 😝#quarantinelife #brompton (practicing for something work related),” Wilson captioned an Instagram video riding a red bike around in circles in a large room. 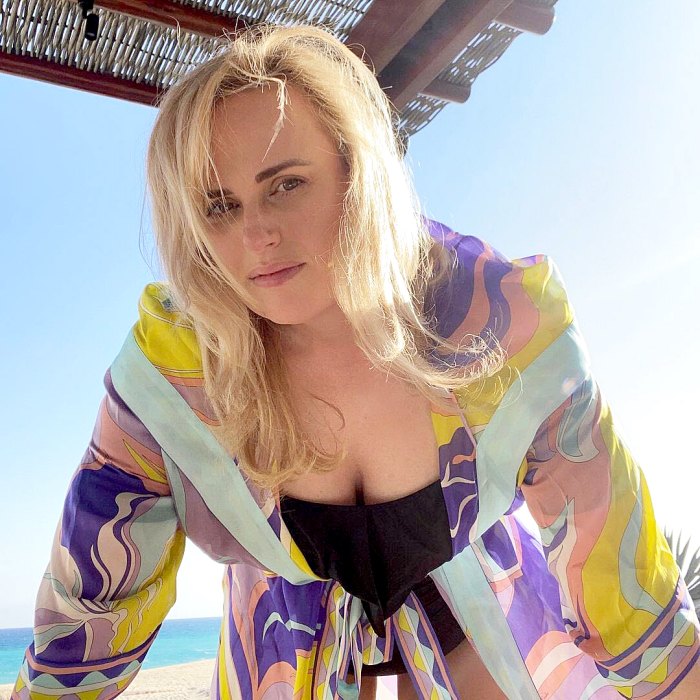 Earlier this month, the Australia native celebrated her 41st birthday with a surprise stay at the Maybourne Beverly Hills Hotel with a group of her friends. Wilson shared a group photo on March 2 of the ladies wearing matching robes surrounded by pink balloons to honor the occasion.

“I’m so grateful and lucky to have lived such an exciting life so far. Thank you to everyone who’s been a part of it and taught me so many valuable lessons,” the comedian wrote via Instagram on her birthday. “If you guys knew the shy unremarkable me from Sydney’s Western suburbs, you’d know how much I had to overcome in my life to get to this point…and then against all odds, and with the visionary help of a malaria-induced hallucination became a successful international actress/writer/producer!”

The Isn’t It Romantic star received an outpouring of well wishes from her former Pitch Perfect costars including Anna Camp and Brittany Snow. She also got a shout-out from her ex-boyfriend Jacob Busch, whom she split from a month prior.

Wilson’s birthday toasts came months after she reached her goal of losing more than 60 pounds during her “year of health.” The actress dedicated herself to getting healthier in 2020 and reached her target weight of 165 pounds by November 2020.

“Rebel is so proud of her weight loss and her body transformation,” a source exclusively told Us Weekly last month.