Welcome back, Rachel Lindsay! After briefly deactivating her account during the fallout of her controversial interview with Chris Harrison, the 35-year-old attorney has returned to Instagram.

The Bachelorette alum, 35, resurfaced on the social media platform on Saturday, March 6. She shared a photo of a bouquet of sunflowers, along with an uplifting caption a little over a week after stepping away from Instagram.

“‘I want to be like a sunflower so that even on the darkest days I will stand tall and find the sunlight,’” she wrote, adding three sunflower emojis.

Lindsay also posted a landscape photo and a selfie via her Instagram Story. She captioned the former post, “Good vibes only.” For the latter, she wrote, “First time hiking in LA …. Long time @andorfins supporter” with a white heart.

Criticism of Harrison, 49, began in February when he joined Lindsay on Extra to discuss season 25 Bachelor contestant Rachael Kirkconnell and her past racially insensitive social media activity. At the time, the longtime reality show host called on viewers to give the Georgia native, 24, more “compassion” instead of “just tearing this girl’s life apart.” The Perfect Letter author also shrugged off photos of Kirkconnell attending an antebellum-themed sorority party in 2018. 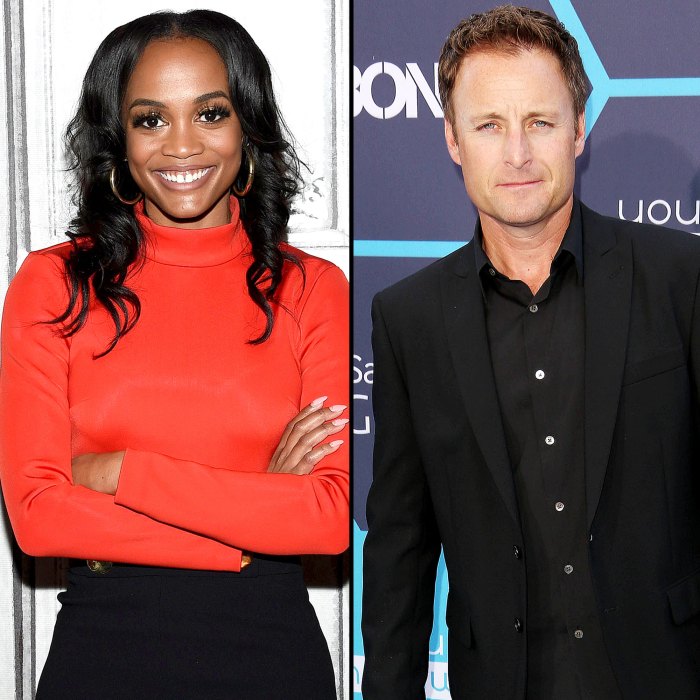 “These girls got dressed up and went to a party and had a great time, they were 18 years old,” he said at the time. “Now, does that make it OK? I don’t know Rachel, you tell me. Were we all looking through [that lens] in 2018?”

Days later, Harrison apologized for his comments and revealed that he would be stepping away from his hosting duties for the time being, which Lindsay believed was the best move.

“Where do we go as a franchise? It’s kind of hard to say,” the franchise’s first Black female lead said on Extra shortly after Harrison’s announcement. “Chris has stepped aside, which I think is the right decision. … I think he needs to understand what was done, what was wrong and what he said in that interview, and he needs time. He’s stepped away to do that.”

The conversation sparked an uproar within Bachelor Nation, with many former contestants declaring that Harrison be fired from the series. As the back-and-forth continued, Lindsay disappeared from Instagram on February 26 due to harassment, which producers of the ABC franchise later called “completely inexcusable” and “totally unacceptable.”

During an episode of her “Higher Learning” podcast in March, the former Bachelorette opened up about her decision to “detach” herself from the social media platform. “People are attacking me because they think that I’m trying to cancel someone so they’re on a mission to cancel me. I’m getting threatened,” she said. “People are threatening, like, ‘Oh, I have this on you. I have this, I’m just waiting till you get back on social to unleash this kind of stuff.’ You’re affecting people’s well-being. Where does it end?”

Harrison later discussed the whirlwind drama during an interview on Good Morning America, issuing yet another apology for his behavior and admitting that he’s an “imperfect man.” In response, Lindsay acknowledged that she appreciated the Texas native’s willingness to own up to his mistakes.

“We need to move forward,” she said on Extra in March. “And for me, for us to move forward, I need to accept the apology, so we can all be better from this situation, which is what we want.”

ABC previously announced that author and activist Emmanuel Acho would take over for The Bachelor: After the Final Rose special. While he noted that his apology was “not the finish line,” Harrison said on GMA that he plans to return to his role as host for the next season of The Bachelorette.