United front! The contestants from season 25 of The Bachelor came together to support Rachel Lindsay following Chris Harrison’s controversial comments about Rachael Kirkconnell.

“We are the women of Bachelor Season 25,” their joint statement read via Instagram on Thursday, February 11. “Twenty-five women who identify as BIPOC were cast on this historic season that was meant to represent change. We are deeply disappointed and want to make it clear that we denounce any defense of racism.”

“Any defense of racist behavior denies the lived and continued experiences of BIPOC individuals. These experiences are not to be exploited or tokenized,” the statement continued. 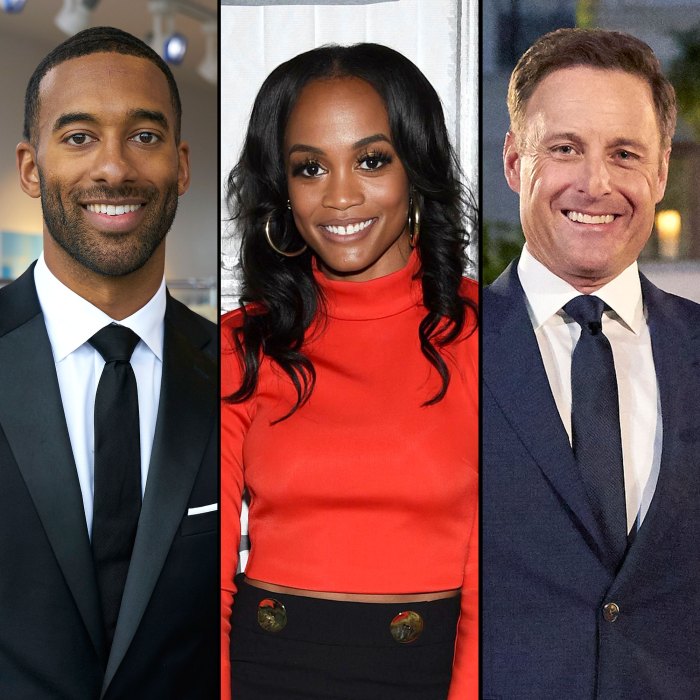 The group of contestants then turned their support to Lindsay, 35, saying, “Rachel Lindsay continues to advocate with ‘grace’ for individuals who identify as BIPOC within this franchise. Just because she is speaking the loudest, doesn’t mean she is alone. We stand with her, we hear her, and we advocate for change alongside her.”

The comments came after Harrison, 49, failed to denounce Kirkconnell’s past racist behavior in an interview with Lindsay earlier this week. Instead, he suggested that the graphic designer — who is vying for James’ heart this season — deserved the opportunity to share her side of the story.

Kirkconnell came under fire earlier this year after photo surfaced of her taking part in a sorority party with a plantation theme in addition to facing multiple allegations regarding her racially charged actions.

When asked about the controversy, Harrison told Lindsay on Extra on Tuesday, February 9, “I have seen some stuff online. Again, this judge, jury, executioner thing where people are just tearing this girl’s life apart … Until I actually hear this woman have a chance to speak, who am I to say any of this? I saw a picture of her at a sorority party five years ago, that’s it.” 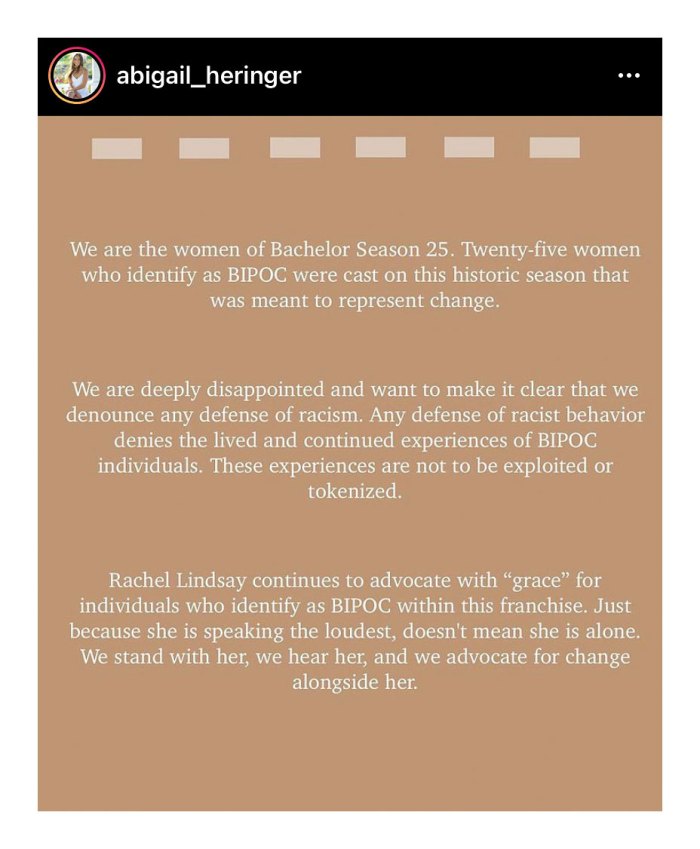 Amid the backlash for his lack of action, the Bachelor Nation host issued a public apology via Instagram on Wednesday, February 10.

“To my Bachelor Nation family — I will always own a mistake when I make one, so I am here to extend a sincere apology,” he wrote. “I have this incredible platform to speak about love, and yesterday, I took a stance on topics about which I should have been better informed.”

He noted that he now realizes he has caused “harm by speaking in a manner that perpetuates racism, and for that I am deeply sorry.”

The former Who Wants to Be a Millionaire host then apologized to his friend Lindsay for “not listening to her better on a topic she has first-hand understanding of,” concluding that “I promise to do better.”

Kirkconnell, for her part, addressed the controversy on Thursday via Instagram, saying, “I hear you, and I am here to say I was wrong.”

She explained that “at one point, I didn’t recognize how offensive and racist my actions were, but that doesn’t excuse them. They are not acceptable or okay in any sense. I was ignorant, but my ignorance was racist.”

She added: “I am sorry to the communities and individuals that my actions harmed and offended. I am ashamed about my lack of education, but it is no one’s responsibility to educate me. I am learning and will continue to learn how to be antiracist, because it’s important to speak up in the moment and not after you’re called out.”