While season 25 of The Bachelor is still airing, Rachael Kirkconnell’s mother, Kim Kirkconnell, dropped hints about her daughter’s future with Matt James amid the controversy surrounding the Kirkconnell family.

While Rachael, 24, and James, 29, hit it off during the January 4 premiere of the show, she subsequently made headlines when a TikTok user accused her of being racist in high school. Screenshots of Instagram photos that the graphic designer “liked” featuring people smiling in front of Confederate flags then surfaced via social media. Rachael came under fire again when pics of her posing in a Southern Belle dress on a plantation at a fraternity party in 2018. 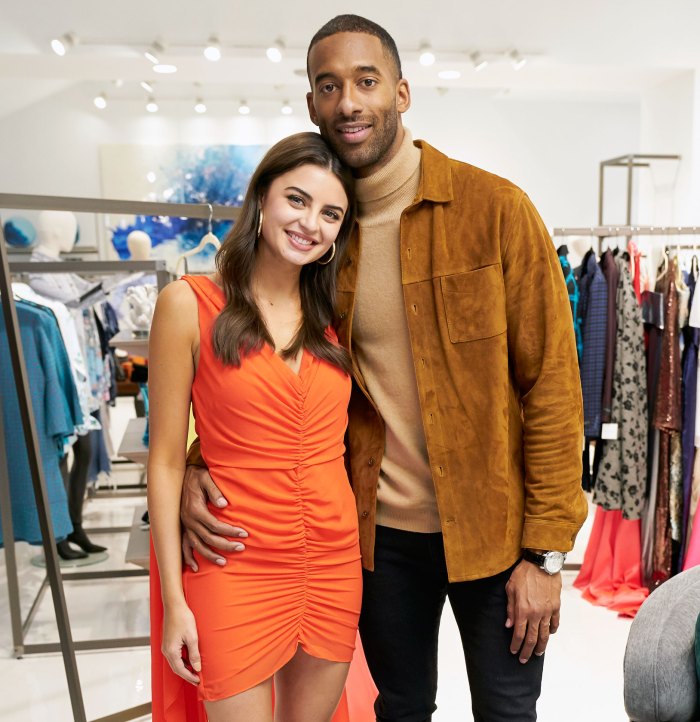 “We will never be able to understand how he feels about this situation as a black man. We respect his stance on the situation. We have seen the devastation and heartbreak this has caused for Rachael,” Kim said. “She wants to be able to prove to him that she has changed and work with him to fight against injustice. This isn’t about winning a show. This was about finding love with Matt.”

Kim, who also shares 18-year-old daughter Trinity and 14-year-old son Greyson with husband Darrell Kirkconnell, claimed to the outlet that Rachael disassociated herself from Greek life once she learned about “problematic and racist behavior” in the community.

The allegations against Rachael garnered even more press earlier this month after Chris Harrison defended the contestant in a lengthy interview with Rachel Lindsay on Extra.

“It was disappointing for many reasons, but it was particularly frustrating because his stance is the exact opposite of how Rachael feels about the situation,” Kim told The Sun about Harrison.

Rachael, for her part, broke her silence on February 11, two days after the Extra interview. (Harrison, who apologized, announced on February 12 that he was taking a step back from the franchise and would miss the After the Final Rose taping for the first time in the show’s history.) Rachael, meanwhile, spoke out again after her mother’s interview.

“Over the last few weeks, since I put my statement out, I’ve gotten a lot of messages,” the graphic designer began in a seven-and-a-half-minute Instagram video on Thursday. “I’ve gotten a lot of people asking me, ‘Well, what have you done to change since then?’ … I’ve just been hesitant to post links and books and any resources because I don’t want people thinking that it’s performative or that it’s something that I don’t truly stand by And I get it. I hear you. There are things out there that completely validate your opinions and your anger toward me. But I’ve come to realize that sitting aside and hiding in the corner … doesn’t help anyone or anything. Even if that is what people think when I speak on these subjects of injustice and racism, that’s not what really matters.”

How much are the Imperial State Crown and crown jewels worth? – The Sun