If you’re still holding out hope for season 25 of The Bachelor to have a happy ending — you’re not alone. Rachael Kirkconnell is still interested in Matt James romantically, a source exclusively tells Us Weekly.

“Her feelings for him never went away. She still loves him,” the insider says, noting that the 29-year-old Bachelor, however, is “hesitant to take her back.”

The source adds, “It seems like he just wants to be friends, but she wants to be in a serious relationship with him.” 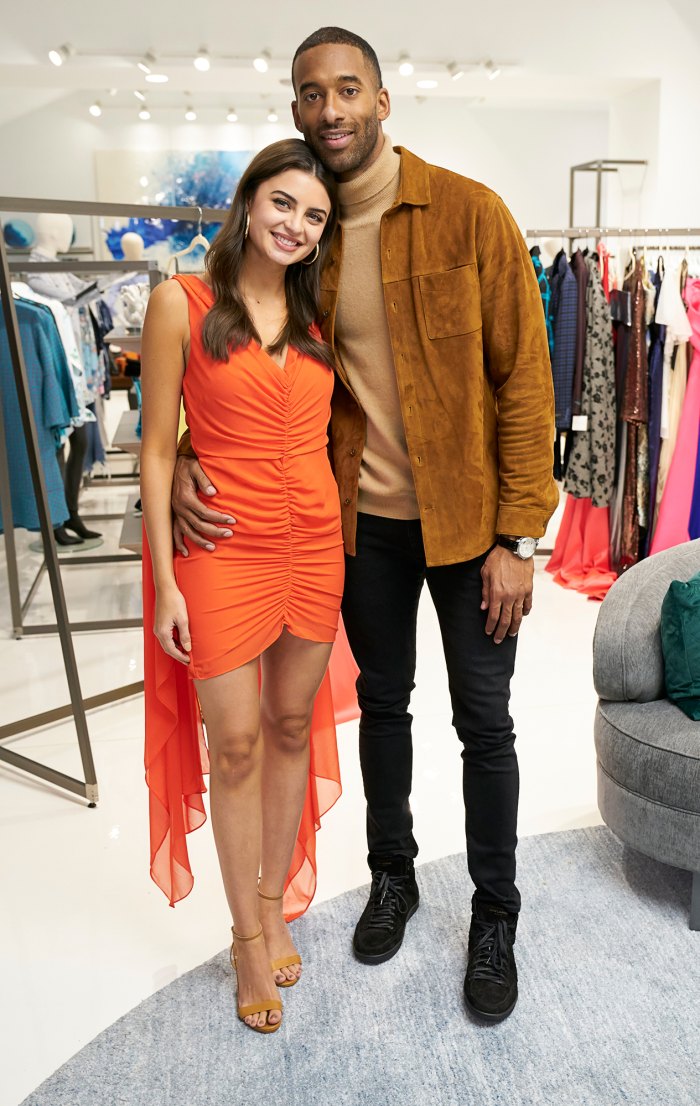 James and Kirkconnell, 24, called it quits in February while season 25 of The Bachelor was still airing. He pulled the plug on their romance after the Georgia native came under fire for her racially insensitive past, which included attending an “Old South”-themed party on a plantation in college.

“As someone who grew up in the South, it takes me to a place that I don’t often like to think about. I wasn’t OK. It was in that moment and the conversation that I had, that Rachael might not understand what it means to be Black in America,” the Wake Forest alum said on After the Final Rose last month. “It’s heartbreaking. If you don’t understand that something like that is problematic in 2018, there’s a lot of me that you won’t understand. It’s as simple as that. … You know what was a long time ago? Plantations.”

Kirkconnell, who noted she was shocked by James’ decision to end their relationship, apologized twice for her actions. One month after their onstage reunion, Us confirmed that the twosome were together in New York City. An insider told Us that Kirkconnell was in the Big Apple to “spend some time with friends” and met up with James.

“They’re not officially back together. She reached out to Matt to see if he would be open to meeting with her. They’ve been communicating this whole time and she’s been updating him on how she’s been educating herself,” the insider said.

James previously ruled out any chances of reconciliation with Kirkconnell during an appearance on Good Morning America on March 16.

“I know that Rachael’s a good person and everything she outlined in her apology and her statement, I’m looking forward to seeing her do because I know she’s capable of it,” he said. “I think there’s a lot of work that needs to be done before I can think about being in a relationship with anybody. I need time to process everything that’s going on. I want to respect Rachael and what she’s gotta do as well.”

James later told Bill Simmons that he was “exhausted” but doing “good” post-show.

“I can only speak for myself. It felt like three months of therapy. I met incredible women,” he said on March 19. “I left in a relationship that I thought had the potential to go the distance. Unfortunately, things played out differently, but all things considered, these conversations [that] came out of the craziness that followed the season [were good]. I don’t regret going on at all.”