Rachael Kirkconnell spoke out about the harassment Rachel Lindsay has faced in the wake of her interview with Chris Harrison, which led the former Bachelorette to deactivate her Instagram account.

“You have the opportunity to make a positive difference, to use your energy towards change, and to come together and realize what’s right in a time like this,” the season 25 Bachelor contestant, 24, wrote in a statement shared via Instagram on Saturday, February 27. “If you are choosing to rather spread hate, to send cruel, vicious messages, to be mad about people being hurt by racism…do better. Be better.” 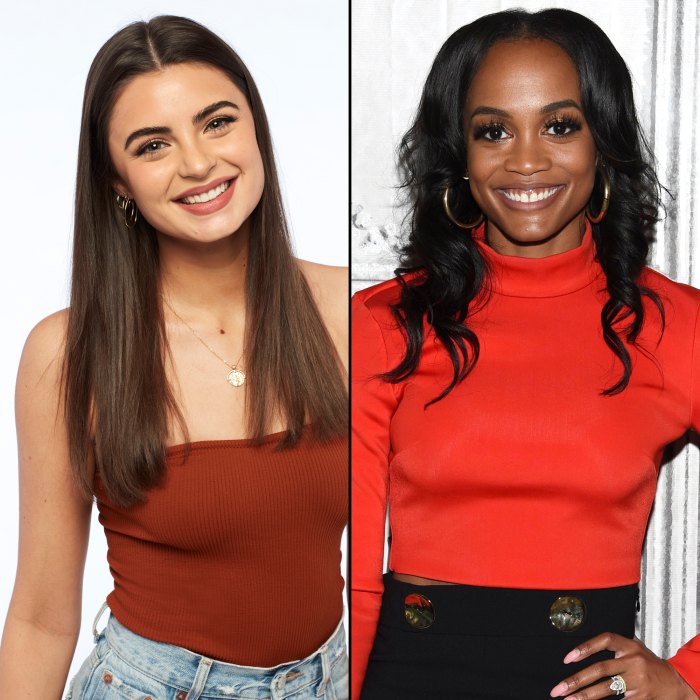 Kirkconnell went on to applaud Lindsay, 35, for her efforts. “Rachel Lindsay and other BIPOC have called for myself and others to be held accountable. This is needed, and she does not deserve the hate she is receiving,” she continued. “Recognize that she along with every person you send hateful messages to, are human. We are real people, and she should not have to disable her account to escape this toxicity. This is not okay. She is doing the hard work that needs to be done for change, and does not deserve to be silenced or ridiculed. If you are someone that has been cruel, find what fuels this hate in your heart, and fix it.”

Bachelor Nation defended the “Bachelor Happy Hour” cohost earlier this week after she left Instagram due to backlash from fans. The controversy began when Harrison, 49, defended Kirkconnell in an Extra interview with Lindsay on February 9 amid racism allegations. The longtime host subsequently apologized publicly for his remarks and announced that he would be “stepping aside for a period of time and will not join for the After the Final Rose special.”

The graphic designer, for her part, expressed remorse for her past behavior, which included “liking” photos with the Confederate flag in the background and attending an antebellum-themed party.

“I’m here to say I was wrong,” she wrote via Instagram on February 11. “At one point, I didn’t recognize how offensive and racist my actions were, but that doesn’t excuse them. My age or when it happened does not excuse anything. They are not acceptable or okay in any sense. I was ignorant, but my ignorance was racist.”

Kirkconnell is still in the running for Matt James’ final rose, securing a spot in the final three during the Monday, February 22, episode of The Bachelor. Emmanuel Acho has been tapped to host After the Final Rose, during which the Georgia native will talk about the scandal.

Lindsay encouraged Kirkconnell to prove her commitment to change earlier this week after she shared an Instagram Story photo of Acho’s book, Uncomfortable Conversations With a Black Man, alongside her “mid-afternoon matcha” and manicured nails.

“You almost feel like you know everything you need to know about her in that picture. The fact that that’s what she decided to do,” Lindsay said on the “Bachelor Happy Hour” podcast. “Several people sent me that Story. Her apology was well-written, it was pretty and it was sincere. I’m not going to knock anyone’s apology. But then the next step is to take action.”