No more roses here! Rachael Kirkconnell is “very hurt” after a woman named Grace Amerling revealed on Friday, April 9, that she was seeing Matt James amid the Georgia native’s recent New York City trip, a source exclusively tells Us Weekly.

The season 25 Bachelor winner, 24, felt that James, 29, “manipulated” her because the pair were “talking about a future together” when they reunited earlier this week, according to the insider.

The source confirmed to Us on Friday that both Kirkconnell and Amerling, who knew the ABC Food Tours founder before he became the Bachelor, “dropped him” after they learned that he was spending time with both women. 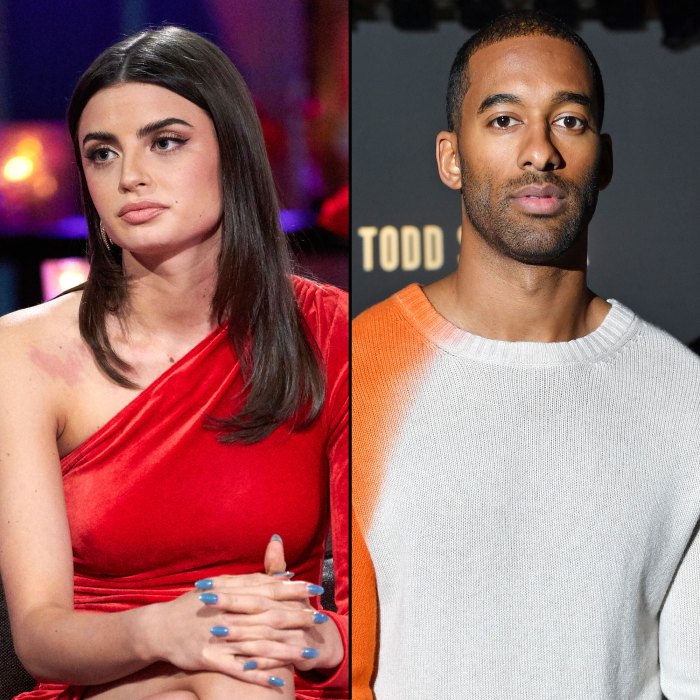 The former Bachelor made headlines on Friday after news surfaced that he was dating someone days after he was seen hanging out with his ex in New York City on Tuesday, April 6. A source told Us at the time that Kirkconnell learned that James was “talking to another girl” while she was visiting him in the Big Apple.

“Rachael is very emotional right now because she was very hopeful that things were going to work out. She’s still trying to process this,” the insider said, adding it “doesn’t seem like they will be getting back together.”

A source close to James, however, told Us on Friday that the former college athlete was “not looking for a romantic relationship with Rachael after he ended it with her” during the After the Final Rose special last month.

The insider explained that the North Carolina native “tried to make it clear to her that he just wants to be friends,” noting that “Matt is a caring and supportive person, so he wouldn’t want to block her out of his life completely.”

James and Kirkconnell met on season 25 of The Bachelor, which filmed in late 2020. While the reality TV star picked the graphic designer as the winner of his season, the pair called it quits in February, after Kirkconnell’s racially insensitive actions from the past resurfaced.

The duo announced their breakup in March during the season’s After the Final Rose special. Although the exes looked cozy in New York this month, a source told Us on Thursday, April 8, that the hangout was purely platonic. “They’re not officially back together,” the insider said, revealing that they have, however, “been communicating this whole time.”

Kirkconnell, who claimed that she still loved James last month after apologizing for her “offensive and racist” actions a month prior, is now left picking up the pieces after Amerling spoke out about her romance with James during an Instagram Live chat  with Reality Steve on Friday.

Reality Steve addressed James’ rumored new relationship, before Amerling joined the discussion, saying, “I feel like Rachael is really a victim here.” She also claimed that James joined the franchise for the fame.

A source later confirmed to Us that Amerling went on dates with the Wake Forest University alum before he was on the ABC series and that James tried to get her to be a contestant on his season. The insider claimed that James contacted Amerling after he broke up with Kirkconnell and asked her to hangout on Sunday, April 4, after allegedly buying Kirkconnell a plane ticket to see him one day prior.

After seeing photos of the Georgia College & State University graduate and James together in New York, Reality Steve connected the two women who shared their sides of the story with one another, the source explained.

Despite the drama, the source close to James told Us on Friday, “There seems to just be a big miscommunication between” him and Kirkconnell. The insider added that James has been open about wanting to be able to “support one another as they both have gone through this journey together,” but made it clear a romantic relationship wasn’t going to happen.