Always in her heart. Queen Elizabeth II posted a loving message in honor of her late husband, Prince Philip, one day after Buckingham Palace confirmed his death at 99.

A photo of the couple, who wed in November 1947, was shared via the official royal family Instagram account on Saturday, April 10. The stoic portrait shows the queen, 94, in a simple pink cardigan and button-down with Philip sitting beside her in a suit coat. 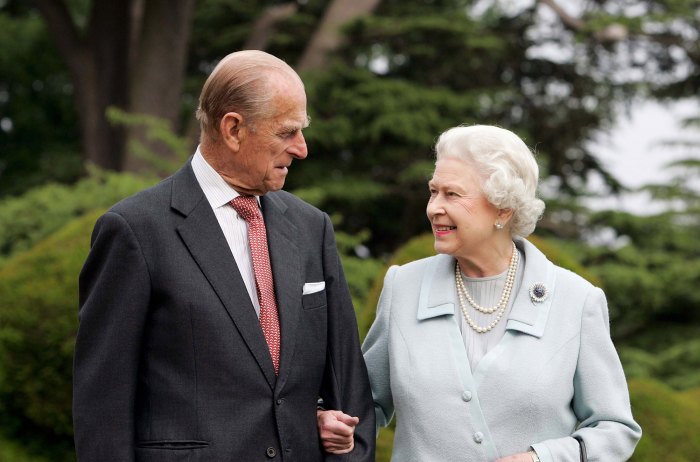 The post also included a quote from a speech given by the longtime monarch on her golden wedding anniversary in 1997: “He has, quite simply, been my strength and stay all these years, and I, and his whole family, and this and many other countries, owe him a debt greater than he would ever claim, or we shall ever know.”

Social media users were encouraged to follow a link to the royal family’s website to learn more about the late Duke of Edinburgh’s life, from his childhood and education to his marriage and charity work.

News broke on Friday, April 9, that the former naval cadet “passed away peacefully” at Windsor Castle in England. “The Royal Family join with people around the world in mourning his loss. Further announcements will be made in due course,” the palace’s statement noted.

Philip was previously hospitalized in February as a “precautionary measure” after falling ill. One month later, he was discharged “following treatment for an infection and a successful procedure for a preexisting condition.” The royal household added in a statement at the time, “His Royal Highness wishes to thank all the medical staff who looked after him at both King Edward VII’s Hospital and St Bartholomew’s Hospital and everyone who has sent their good wishes.”

Hours after his passing made headlines, a source told Us Weekly exclusively that the queen was “heartbroken” and had already begun planning for Philip’s perfect sendoff. The rest of the royal family — including Prince Charles, Prince William and Prince Harry — were “devastated” by the loss.

The duke is expected to receive a military-style funeral rather than a state event. The affair will likely be scaled back due to the ongoing coronavirus pandemic, with “only a select few” in attendance, the source added. While guests may be limited, there’s one family member the monarch is looking forward to seeing at the memorial. 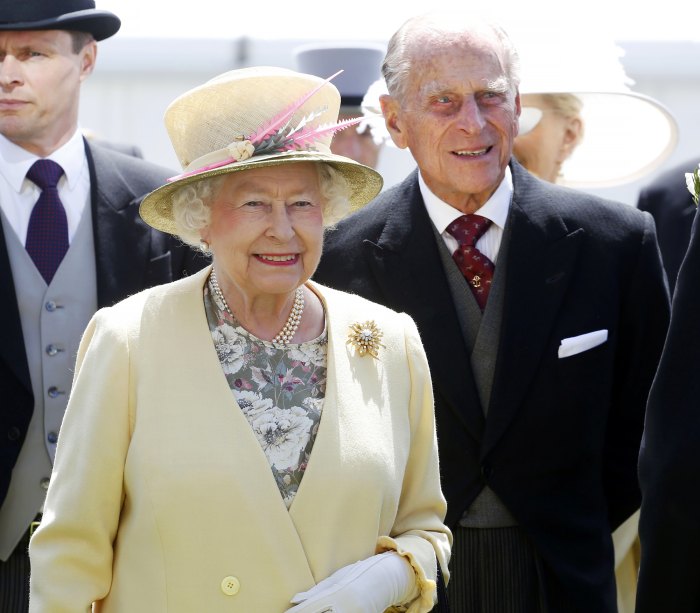 “The queen wants Harry to be there,” the insider told Us. “Harry is hopeful that he’ll be able to return home to honor his grandfather, who he had a close bond with.”

Harry, 36, currently resides in California with his pregnant wife, Meghan Markle, and their son, Archie, 23 months. With travel restrictions put in place by the British government to protect against COVID-19, there are miles between the Duke of Sussex and his mourning family.

“Harry feels guilty for not being there to say goodbye to Prince Philip in person,” a second source revealed on Friday, noting that the former military pilot is “really upset” about his grandfather’s death.

The prince and the Suits alum, 39, paid homage to Philip’s impact on their Archewell website. “IN LOVING MEMORY OF His Royal Highness,” the statement read. “The Duke of Edinburgh 1921-2021. THANK YOU FOR YOUR SERVICE … YOU WILL BE GREATLY MISSED.”

William, 38, and his wife, Duchess Kate, have not publicly addressed Philip’s passing. Charles, 72, paid a visit to his mother on Friday afternoon, while the queen’s daughter, Princess Anne, honored the late royal in a prerecorded interview that aired shortly after his death.

“Without him life will be completely different,” Anne, 70, said. “But from society’s perspective he was able to keep pace with the kind of technological changes that have such an impact … but above all that it’s not about the technology it’s about the people.”