Proof of the glow up! While Rami Malek would rather keep his high school days behind him, classmate Rachel Bilson isn’t afraid to show the world just how much she’s changed.

“Rami was a good friend of mine,” the O.C. alum, 39, recalled during the Monday, March 29, episode of Dax Shepard‘s “Armchair Expert” podcast. “We were the same crew. We did The Crucible together senior year. We were the leads in it together, all these things. We kind of kept in contact a little bit.”

Malek, also 39, was “always” a star in the pair’s theater program at Notre Dame High School in Sherman Oaks, California. In 2019 — as the Bohemian Rhapsody star generated Oscar buzz for his portrayal of Freddie Mercury — Bilson thought it would be fun to share a fond memory from a class trip to Broadway 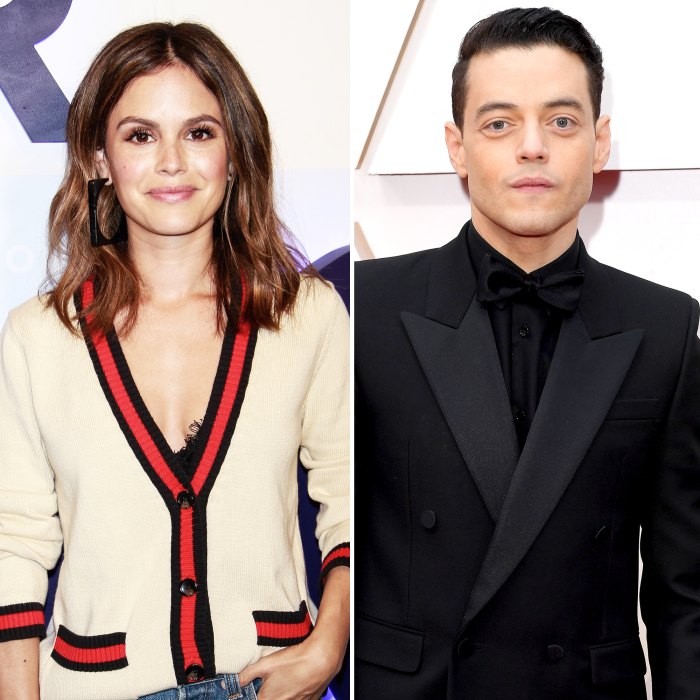 “I had posted a throwback of us from our senior trip to New York. We were super nerdy, [it was] just the dorkiest picture of both of us,” the Hart of Dixie star continued. “But I throw it up because it’s funny and I think it’s so important to be able to make fun of yourself. He had, like, a gold chain, and I’m like, ‘Rami, where’d you get the gold chain?’ Whatever. I’m just being funny, we were good friends.”

Bilson didn’t think much of the goofy pic, but the Mr. Robot alum apparently wasn’t pleased. The Jumper actress checked her DMs and was surprised to see that Malek had reached out and asked her to delete the post. “I would really appreciate it if you take that down, I’m a really private person,” the message read.

The Last Kiss star didn’t expect such a strong reaction from her former pal, whose stylist later told her that the photo was too unflattering for his taste.

“She was like, ‘Well, it’s not a great picture of him.’ OK, I’m sorry. We were 16!” Bilson joked. “It was what it was. It was right before the Oscars and I remember [The O.C. creator] Josh Schwartz being like, ‘You did him dirty! He’s about to be nominated.’ And I’m like, ‘What do you mean? This was my friend, it’s a funny picture.’”

While they might not have had the same perspective about the high school snap, Bilson respected Malek’s wishes and deleted the post.

“I wrote to him a really nice message, like, ‘I’m so sorry. Go get the Oscar, you’re doing amazing.’ And I never hear anything back,” she said. “But I was super bummed because he was always so nice and we were good friends, and I’m a big fan of not taking yourself seriously, especially at that level of fame and talent. … It’s his thing, so I respected it. I took it down. I was just a little bummed at how it was handled.”

Bilson and the Golden Globe winner aren’t the only famous faces to have graced the halls of the Catholic high school. Kirsten Dunst, Katharine McPhee, Michelle Trachtenberg and Lily Aldridge also attended the co-ed campus.