Heartwarming words. Princess Eugenie honored the late Prince Philip following his passing on April 14 at the age of 99.

“Dearest Grandpa,⁣ We all miss you,” the daughter of Prince Andrew, Duke of York, and Sarah Ferguson, Duchess of York, 31, wrote via Instagram on Wednesday, April 14, alongside photos of her with Philip throughout the years. “You would be so touched by all the tributes that have been shared with me the past few days.” 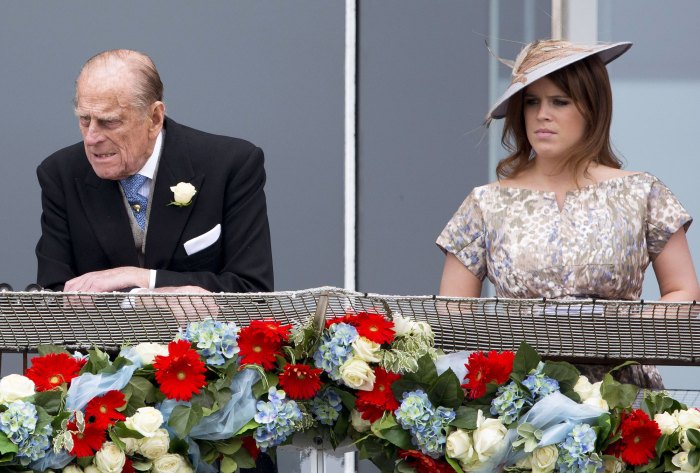 Eugenie reflected on how others would think of Philip, saying, “People remember sitting next to you at a dinner, or shaking your hand once, who remember you saying hello in passing, or remember how much their DofE award meant to them.”

She continued by highlighting her favorite moments with her grandfather over the years. “I remember learning how to cook, how to paint, what to read. I remember laughing at your jokes and asking about your spectacular life and service in the navy. ⁣I remember incinerating the sausages and you swooping in to save the day.⁣ I remember your hands and your laugh and your favourite beer.”
⁣
The new mom added: “I will remember you in your children, your grandchildren and great grandchildren.” ⁣

She ended the touching tribute by thanking Philip for his “dedication and love” to his family and promised to “look after” her grandmother Queen Elizabeth II.

Eugenie revealed in February that she and husband Jack Brooksbank named their firstborn child, son August Philip Hawke, after her grandfather.

August was also recently introduced to Prince Harry, as the Duke of Sussex returned to the U.K. for Prince Philip’s funeral, a source exclusively told Us Weekly.

Us confirmed earlier this week that Harry, 36, was in quarantine at Frogmore Cottage, which is where Eugenie and her family have been staying for the time being.

“Out of all the Queen’s grand-children, Harry and Eugenie have one of the most natural connections,” authors Scobie and Carolyn Durand explain in their book Finding Freedom. “Like Harry, Eugenie is loyal, honest and great fun. The two had many nights out together in London.”

In February, a source exclusively told Us that Eugenie’s close bond with her cousin also extends to a good friendship with his wife, Meghan Markle. Eugenie has “stayed friends and remains friends” with Meghan, 39, since the couple moved to the U.S.

“They are sort of an unlikely pair, but remain in contact,” the insider added. “They bond[ed] over their pregnancies.”

The former Suits actress is currently expecting her second child with Harry, which prevented her from joining her husband for Prince Philip’s funeral. A source told Us earlier this week that Meghan was unable to “receive medical clearance from her physician” to travel with her husband because she’s nearing the end of her pregnancy.