Us Weekly confirms that the couple, who share son Prince George, 7, daughter Princess Charlotte, 5, and son Prince Louis, 2, received a now 8-month-old puppy from her brother, James Middleton. According to The Mail on Sunday, the new addition arrived before the death of their dog Lupo, which they announced in November 2020.

“Very sadly last weekend our dear dog, Lupo, passed away,” William, 38, and Kate, 39, captioned an Instagram photo of their pet at the time. “He has been at the heart of our family for the past nine years and we will miss him so much.” 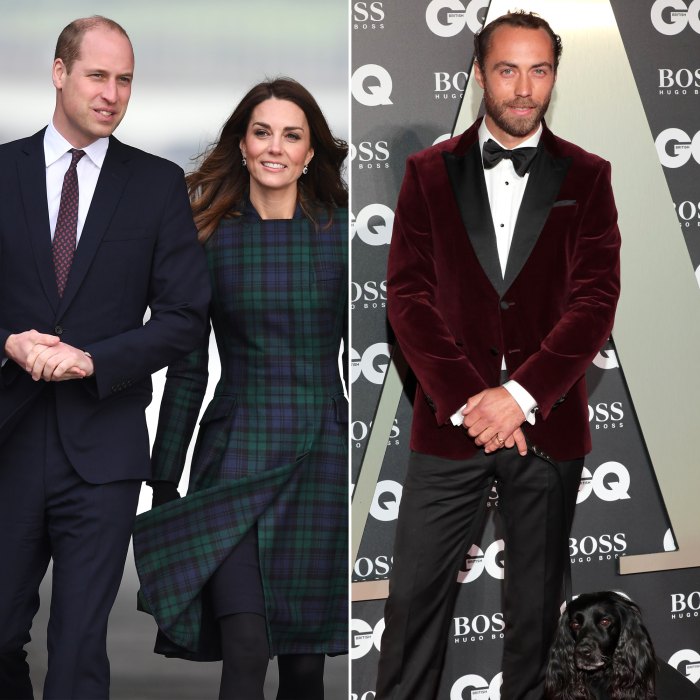 James, 33, gave the English Cocker Spaniel to the pair as a wedding present in 2011. (The Duke and Duchess of Cambridge tied the knot in April of that year.) He was bred from a dog named Ella, owned by Kate’s parents, Michael and Carole Middleton.

“My little treat to them was to give them a puppy,” the Boomf cofounder told ABC News. “And Lupo was their gift.”

James also paid tribute to Lupo via Instagram after his death. “Nothing can ever prepare you for the loss of a dog,” he wrote. “For those who have never had a dog, it might be hard to understand the loss. However for those who have loved a dog know the truth: a dog is not just a pet; it is a member of the family, a best friend, a loyal companion, a teacher and a therapist.”

He continued: “There isn’t much of a rule book on how to grieve for a dog, but I’ve said a prayer, lit a candle and taken Ella (Mum) for a long walk to spend time remembering Lupo. Rest in peace Lupo. Tilly & Mini will be waiting for you. You will always be remembered and your legacy will live on forever. Good Boy.”

James revealed in May 2020 that Luna, who was Lupo’s sister, welcomed six puppies. He shared a series of photos and a video of the litter via Instagram in July 2020 as the dogs prepared to meet their new families.

The royals are avid dog lovers, with Queen Elizabeth II becoming known for her affection toward corgis. Us confirmed in December 2020 that her dachshund-corgi mix Vulcan died at Windsor Castle, where the monarch, 94, and her husband, Prince Philip, have been quarantining since March 2020 amid the coronavirus pandemic. She now only has one dog: a dorgi named Candy.

Meanwhile, Prince Harry and Meghan Markle adopted a black Labrador named Pula in August 2018. She already had a beagle named Guy before their May 2018 wedding.