“During this time the royal family ask that members of the public consider making a donation to a charity instead of leaving floral tributes in memory of The Duke of Edinburgh,” the palace wrote in an official statement on Friday.

With the coronavirus pandemic still prevalent, the royal family wants citizens to think about their own health as they mourn Philip. 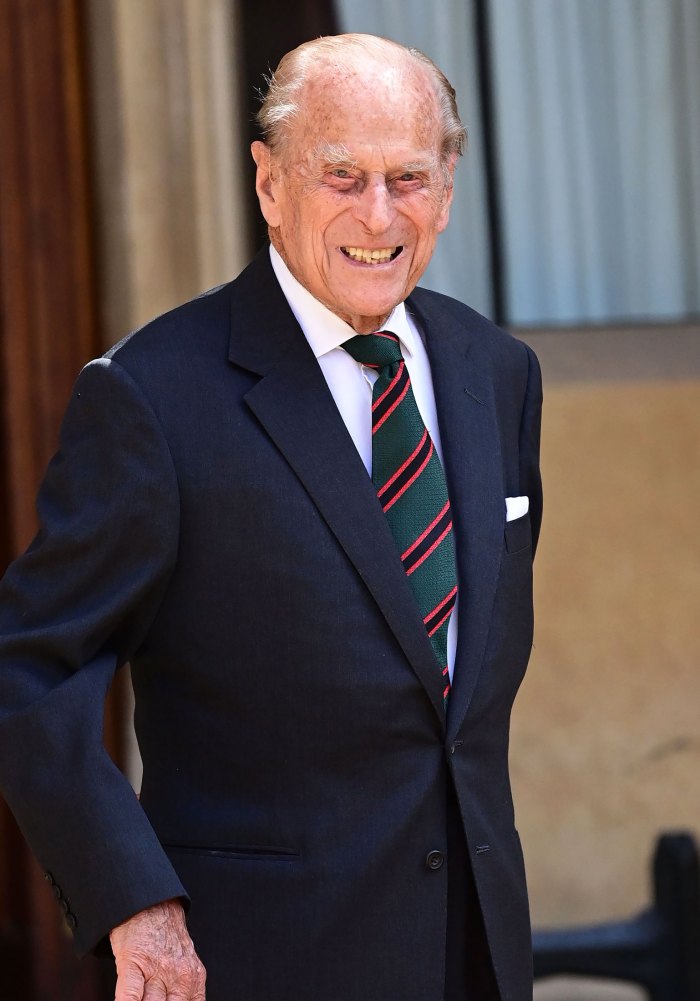 “With the safety and wellbeing of the public in mind, and in accordance with Government guidelines, members of the public are asked not to gather in crowds,” the statement read. “Those wishing to express their condolences are asked to do so in the safest way possible, and not to gather at Royal Residences. … An online Book of Condolence for those who wish to leave messages is available on the royal website.”

Contrary to the family’s wishes, the public did gather to mourn the loss of the beloved royal on Friday. According to the BBC, police were stationed outside the palace to ensure citizens adhered to social distancing guidelines as they dropped bouquets and notes honoring the late duke.

Buckingham Palace confirmed Philip’s passing on Friday morning after he was hospitalized in February as a “precautionary measure.” On March 16, he was released from the hospital after a one-month stay and undergoing heart surgery.

“It is with deep sorrow that Her Majesty The Queen has announced the death of her beloved husband, His Royal Highness The Prince Philip, Duke of Edinburgh. His Royal Highness passed away peacefully this morning at Windsor Castle,” a separate statement by the family read. “The Royal Family join with people around the world in mourning his loss. Further announcements will be made in due course.”

In the wake of her husband’s death, the monarch is observing an eight-day mourning period.

“Modified funeral and ceremonial arrangements for His Royal Highness The Duke of Edinburgh are being considered by Her Majesty The Queen,” the palace wrote in the most recent statement. “Details will be confirmed in due course.”

Following Philip’s passing, the queen reached out to family members to share the news. She hopes her grandson Prince Harry, who left his royal duties behind when he relocated to California in March 2020, will be able to mourn with the family.

“The queen wants Harry to be [at the funeral],” a source told Us Weekly. “Harry is hopeful that he’ll be able to return home to honor his grandfather, who he had a close bond with.”

Rachael Kirkconnell ‘Emotional’ After Learning Matt James Has Moved On