A royal sendoff. Shortly after Buckingham Palace confirmed the news of Prince Philip‘s passing, the late husband of Queen Elizabeth II was honored with a message outside the royal establishment’s gates.

On Friday, April 9, a framed version of the family’s statement was placed outside of the palace for all passersby to view. The outdoor tribute is part of a longstanding tradition.

“Due to the pandemic and current national lockdown, it will be removed shortly to avoid crowds gathering,” royal expert Omid Scobie tweeted on Friday. 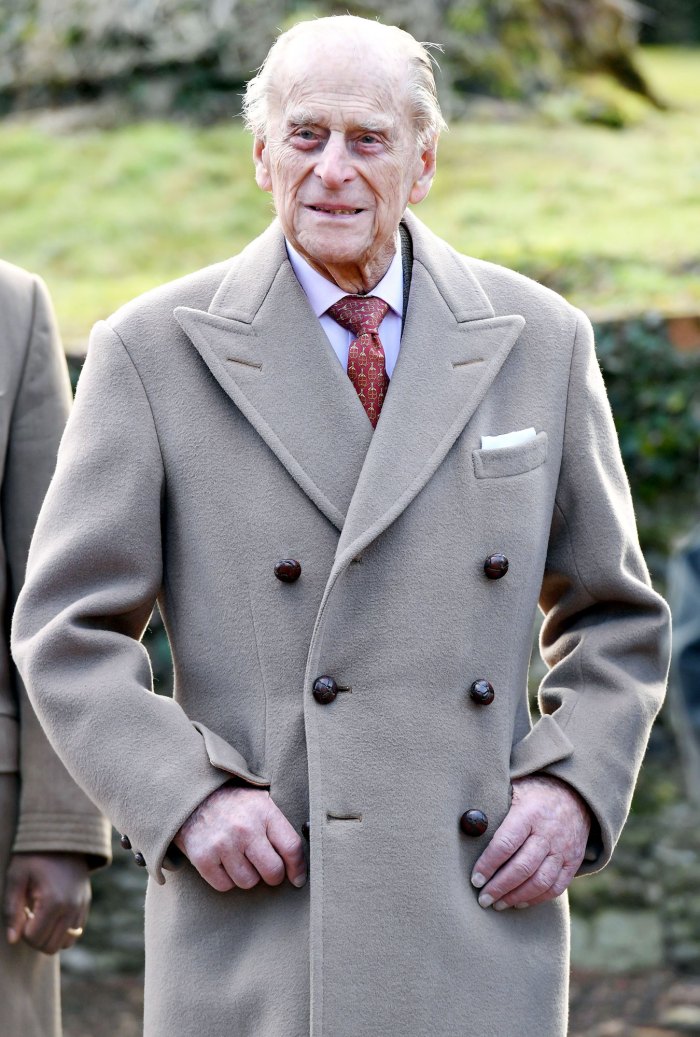 Photos of royal aides placing the easel outside of the palace emerged shortly after Philip’s death made headlines. “It is with deep sorrow that Her Majesty The Queen has announced the death of her beloved husband, His Royal Highness The Prince Philip, Duke of Edinburgh,” a statement from the family read. “His Royal Highness passed away peacefully this morning at Windsor Castle.”

The announcement continued: “The Royal Family join with people around the world in mourning his loss. Further announcements will be made in due course.”

In February, the former British Royal Navy cadet was hospitalized after feeling ill. While a statement from the palace at the time reassured the public that Philip would only stay under doctors’ supervision for a few days as a “precautionary measure,” he remained in the hospital for nearly one month. He was discharged in March “following treatment for an infection and a successful procedure for a preexisting condition.”

News of the British royal family’s loss comes in the midst of their ongoing drama with Prince Harry and Meghan Markle, who shocked the world with their recent sit-down interview after making their step back from their senior duties permanent in February. The couple, who are expecting their second child, detailed their decision with a series of revelations, which aired on CBS on March 7, claiming that racism toward Meghan, 39, was a large part of why they exited the family. 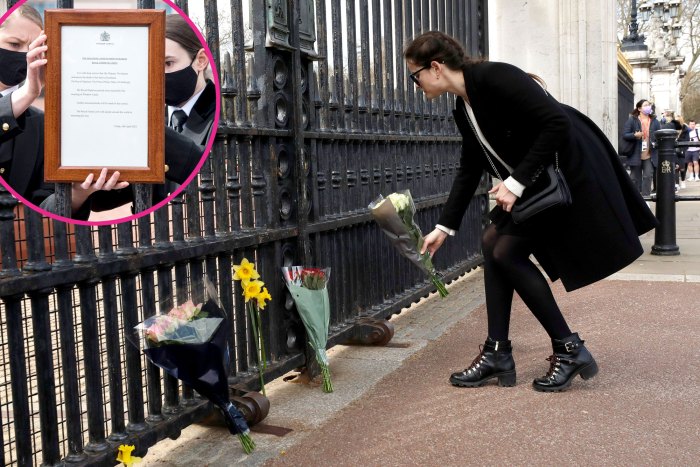 A sign announcing the death of Prince Philip, the Duke of Edinburgh, who has died at the age of 99, is placed on the gates of Buckingham Palace on April 9, 2021. Ian West/WPA Pool/Shutterstock; Shutterstock

During the interview, Harry, 36, and the Suits alum alleged that a relative previously brought up “concerns” about the color of son Archie‘s skin before his May 2019 arrival. While the Duke of Sussex stated that he would never reveal the identity of the family member in question, it was later reported that neither the queen, 94, nor Philip were part of those conversations.

The palace addressed the controversy in a statement to Us Weekly in March, noting, “The whole family is saddened to learn the full extent of how challenging the last few years have been for Harry and Meghan. The issues raised, particularly that of race, are concerning. While some recollections may vary, they are taken very seriously and will be addressed by the family privately. Harry, Meghan and Archie will always be much loved family members.”

Harry and Meghan’s interview aired weeks before Philip was released from the hospital in March — and the couple considered all the options in case Philip’s health took a turn.

“If something, God forbid, had happened to him, the interview would not have run at this particular time,” Gayle King revealed during an episode of CBS This Morning last month. “But the interview was done and was scheduled before he went into the hospital. But a lot of people have raised that point.”

In the aftermath of the tell-all, a source exclusively revealed that the queen was “trying to avoid overwhelming” Philip with details of the drama after he returned home from the hospital last month. Harry and Meghan, however, made sure their family knew they were sending positive thoughts from California as Philip recovered.

“This morning, I woke up earlier than H., and saw a note from someone on our team in the U.K. saying that the Duke of Edinburgh had gone to the hospital,” the duchess recalled in a clip the interview. “I just picked up the phone and I called the Queen just to check in. I just called, that’s what we do.”