Happy wife, happy life! Prince Harry has been “constantly doting” on Meghan Markle as she prepares to give birth to the Duke and Duchess of Sussex’s baby girl, a source exclusively reveals in the new issue of Us Weekly.

“Harry is helping out around the house. He’s always such a supportive partner, but when Meghan is pregnant, Harry takes on the brunt of physical responsibilities, cooking for her and making her comfortable,” the source says, adding that her mother, Doria Ragland, “hasn’t been around too much” in recent months. 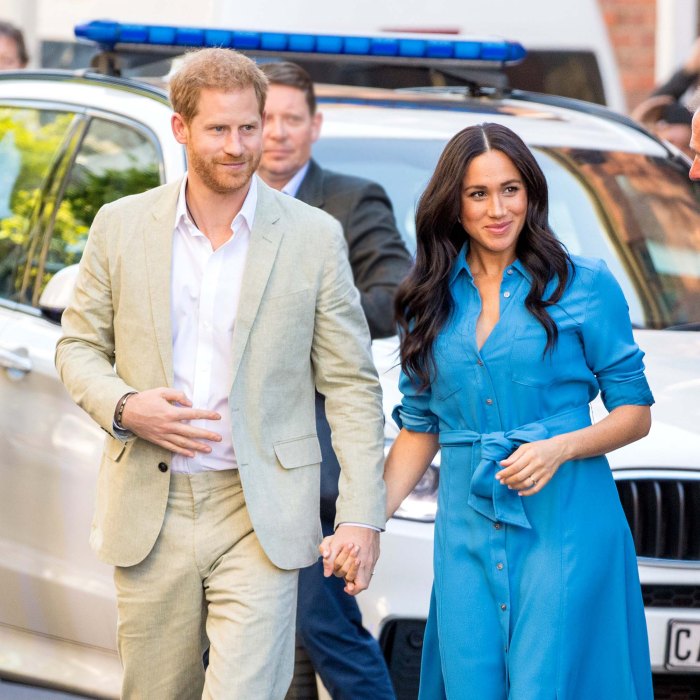 Harry, 36, and Meghan, 39, announced in February that they are expecting baby No. 2 after suffering a miscarriage during the summer of 2020. The couple are already parents of son Archie, 23 months.

“It’s a girl,” the prince revealed during the pair’s CBS tell-all interview in March. “Just to have a boy and a girl, what more can we ask for? We’ve got our family. We’ve got, you know, the four of us and our two dogs, and it’s great.”

While Harry was forced to leave Meghan to go to the U.K. for his grandfather Prince Philip’s funeral earlier this month (the retired actress’ doctors didn’t permit her to travel), he had his family in California on his mind the whole time, per another insider.

“He’s already really missing Meghan and Archie and has been FaceTiming them every day to check in,” a source told Us on April 12. “He actually speaks to Meghan a few times a day because he worries [about] leaving her when she’s so far along in her pregnancy.”

Us confirmed on Wednesday, April 21, that Harry was back in the United States one day prior.

According to the first source, Meghan is “feeling much better” during his pregnancy compared to when she was pregnant with Archie in 2019.

“Meghan does yoga every day, sometimes twice a day, it’s what keeps her healthy both physically and mentally during the pregnancy,” the source says. “This pregnancy has been a little easier than the last in terms of less morning sickness.”

For more on the royals, watch the video above and pick up the new issue of Us Weekly, on newsstands now.