After walking in the procession for Prince Philip’s funeral, Prince Harry sat by himself in St George’s Chapel for the services due to COVID-19 protocols.

During the televised service, the 36-year-old prince was spotted walking in the opposite direction of Prince William to take his spot in the church. Shortly before they entered the chapel, Harry and William, 38, were part of the procession for Philip. The brothers were separated by their cousin Peter Phillips — a move the palace denied was due to any drama between the family. 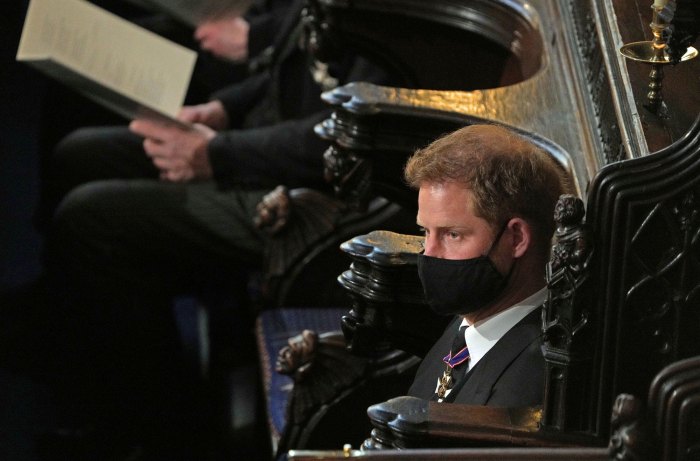 “These are practical changes rather than sending a signal,” Buckingham Palace said in a statement on Thursday, April 15. “This is a funeral and we are not going to be drawn into perceptions of drama. The arrangements have been agreed and represent Her Majesty’s wishes as well as the personal wishes of The Duke.”

Due to the coronavirus pandemic, the 94-year-old monarch also sat alone during the service. Cameras caught the queen wiping a tear as she mourned the loss of her husband of more than seven decades.

Following the death of the Duke of Edinburgh on April 9 the Duke of Sussex and his wife, Meghan Markle, paid tribute to the late royal via their Archewell website. “In loving memory of His Royal Highness,” the statement read. “The Duke of Edinburgh 1921-2021. Thank you for your service. You will be greatly missed.”

A source exclusively told Us Weekly at the time that Harry, who is the fourth of eight grandchildren Philip shared with his wife, Queen Elizabeth II, felt “guilty for not being there to say goodbye” in person. 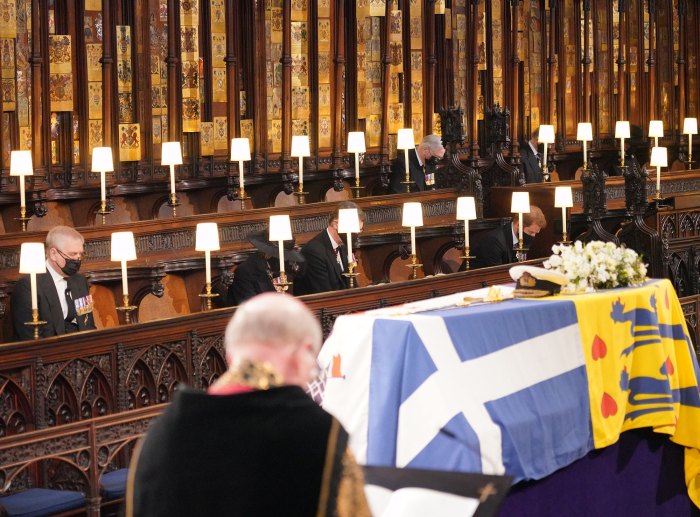 Us later confirmed that Harry flew solo from California to England to “honor his grandfather, who he had a close bond with.” The former military pilot quarantined at Frogmore cottage upon his arrival amid the coronavirus pandemic.

A source told Us on Monday, April 12, that although Meghan, 39, who is currently pregnant with baby No. 2, “made every effort” to travel with her husband for support, she was unable to “receive medical clearance from her physician” to fly. The couple also share 23-month-old son Archie.

Harry, who stepped back from his senior royal duties alongside his wife in early 2020 before relocating to the U.S., released a lengthy statement about his grandfather on Monday, paying homage to his “cheeky” personality.

“My grandfather was a man of service, honour and great humour. He was authentically himself, with a seriously sharp wit, and could hold the attention of any room due to his charm — and also because you never knew what he might say next,” Harry wrote in a statement obtained by Us. “But to me, like many of you who have lost a loved one or grandparent over the pain of this past year, he was my grandpa: master of the barbecue, legend of banter, and cheeky right ‘til the end.” 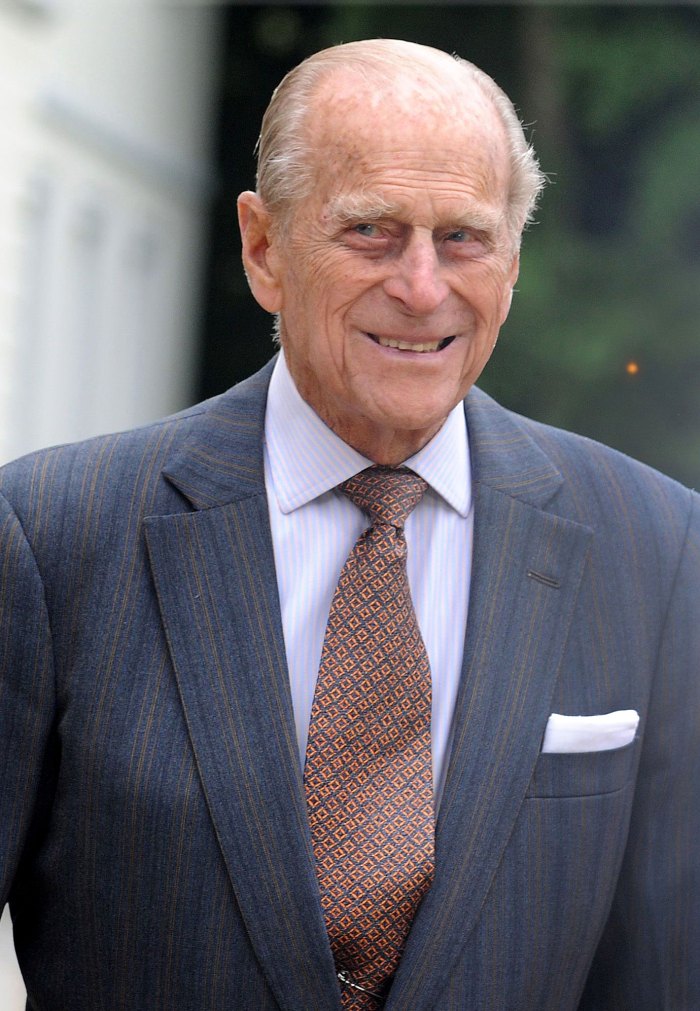 He added: “Meghan, Archie, and I (as well as your future great-granddaughter) will always hold a special place for you in our hearts.” Harry concluded by quoting the Royal Marines’ motto, “Per Mare, Per Terram,” meaning, “By Sea, By Land.”

Buckingham Palace confirmed in February that the BetterUp chief impact officer and his wife won’t be returning as working royals. Harry planned to return to London in July to install a statue in honor of his late mother, Princess Diana, on what would have been her 60th birthday. Instead, he will rejoin his family at Philip’s funeral, which marks the first time he’s been in England in over a year.

His reunion is bittersweet without Meghan by his side. Tensions are high following the couple’s explosive tell-all interview in March, during which they alleged that The Firm didn’t support them while living in the U.K. The pair also claimed that they faced racism from the British press while living at Kensington Palace and that no one assisted the former Suits actress when she asked for help after experiencing suicidal thoughts.

Harry, for his part, claimed that although he “loves” his brother, William, “to bits” the pair are on “different paths,” alleging that both he and their father, Prince Charles, are “trapped” by the monarchy.

Despite the family drama, the brothers’ rocky relationship won’t come between them when honoring their beloved grandfather, according to royal expert Andrew Morton.

“In a way, it’s kind of sad because the focus should be on Prince Philip and his life and legacy,” the Elizabeth & Margaret: The Intimate World of the Windsor Sisters writer, 68, told Us exclusively on Tuesday, April 13. “I think that they’ll behave very well and … there will be a degree of interaction. They will be cordial, as opposed to friendly.”

He added: “I don’t think there’ll be anybody putting their arms around one another.”