Just a celebration of love! Prince Harry and Meghan Markle surprised royal watchers by announcing that they secretly married days before their royal nuptials, which raised questions about their actual wedding date.

The Duke and Duchess of Sussex’s spokesperson set the record straight on Monday, March 8, telling E! News that they were legally married on May 19, 2018, as originally reported. 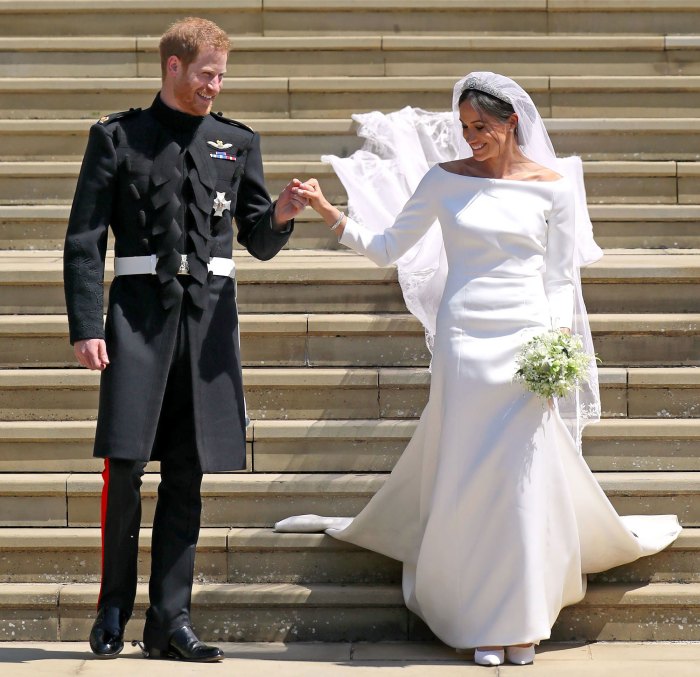 The clarification came after a Church of England vicar called into question the legality of the couple’s backyard nuptials, which took place on May 16, 2018.

“I’ve no idea what they mean,” Reverend David Green wrote in a since-deleted tweet on Monday. “You can’t get married twice. So what was the thing three days before? And if it was a marriage, what on earth are we doing ‘playing’ at prayer/holy matrimony for cameras.”

According to the clergy guidebook on the Church of England’s official website, couples “who are already lawfully married cannot choose to re-marry each other, unless there is some doubt as to the validity of the earlier marriage.” The church’s guidelines also state that at least two witnesses must be present for a union to be considered legal.

Harry, 36, and Meghan, 39, revealed during their CBS interview on Sunday, March 7, that they had quietly exchanged vows in front of the Archbishop of Canterbury, Justin Welby, on the grounds of their U.K. home. The prince said “just the three of us” were present, indicating that they did not have enough witnesses.

“We called the archbishop and we just said, ‘Look, this thing, this spectacle is for the world, but we want our union between us,’” the Suits alum said during the bombshell special.

The same archbishop presided over the pair’s actual wedding later that week at St George’s Chapel in Windsor Castle. He also christened their son, Archie, in July 2019.

Harry and Meghan’s tell-all interview aired weeks after they confirmed that they will not return as working members of the British royal family following their step back in March 2020. They bought a $14.7 million house in the Montecito area of Santa Barbara, California, in June and have been raising Archie, 22 months, there ever since.

The Archewell Foundation cofounders announced on Valentine’s Day that they are expecting their second child. They revealed on Sunday that their baby-to-be is a girl who is due in the summer.

“Two is it,” Meghan told viewers after Harry said they were content as “the four of us and our two dogs.”