Secret vows! Meghan Markle revealed that she and Prince Harry quietly tied the knot at home before their televised royal nuptials in May 2018.

“Three days before our wedding, we got married,” the Duchess of Sussex, 39, said during the couple’s CBS interview on Sunday, March 7. “We called the Archbishop [of Canterbury, Justin Welby] and we just said, ‘Look, this thing, this spectacle is for the world, but we want our union between us.’”

Meghan said that she and Harry, 36, exchanged vows in their backyard as “just the two of us.” He then corrected her with a laugh, saying, “Just the three of us” to include the archbishop, who also officiated their extravagant wedding at St George’s Chapel at Windsor Castle later that week. 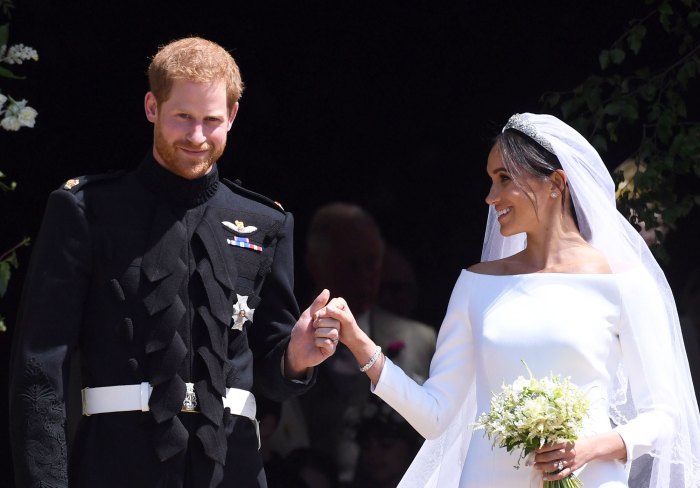 It was not the first secret in the pair’s relationship. Royal reporters Omid Scobie and Carolyn Durand’s 2020 book, Finding Freedom, claimed that Harry and Meghan got engaged three months before their November 2017 announcement to the world.

Sunday’s interview was filled with bombshells about the prince and the pregnant Suits alum, from the sex of their second child (“It’s a girl!” he exclaimed) to conversations within palace walls that ultimately led them to step back from the British royal family in 2020.

Meghan, who is biracial, alleged at one point that her husband’s family had “concerns” about how “dark” their now-22-month-old son Archie’s skin color would be. She and Harry declined to disclose who made the comments, with the former actress saying that doing so “would be very damaging” to the royals. 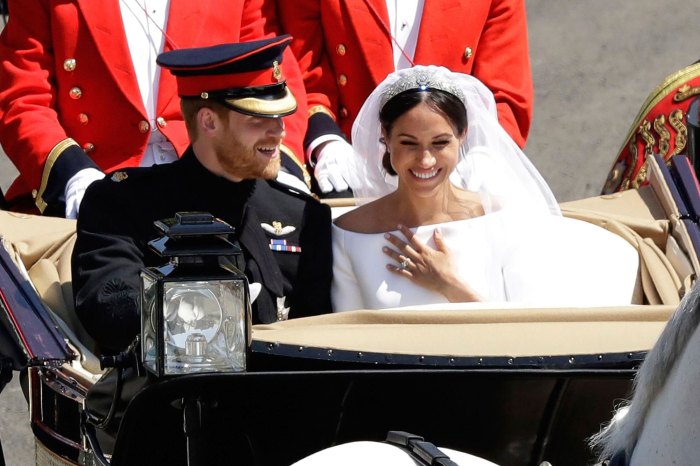 Prince Harry and Meghan Markle smile as they leave Windsor Castle in a carriage after their wedding ceremony at St. George’s Chapel on May 19, 2018. Matt Dunham/AP/Shutterstock

“That conversation, I am never going to share,” the former military pilot added, telling viewers that he “was a bit shocked” by it.

The Los Angeles native also emotionally detailed the suicidal thoughts that she had during her first pregnancy due to the negative press that she received in the U.K. She said she approached the royal family to ask for help, but they allegedly told her that there was “nothing” they could do because she was “not a paid employee of the institution.”

The interview, which took place after the duo started a new life in California, ended on a high note as Meghan turned to Harry and said, “You made a decision that saved my life and saved all of us. But, you know, you need to want to be saved.”