The hard way. Prince Harry and Meghan Markle are enjoying the fruits of their labor one year after stepping down as senior members of the royal family, but their path to success has not been easy.

“To be at the point they are at now, having set up an empire and a charity in just over nine months, shows just how hard they have worked to make this transition a success, but it’s taken a lot of work to get here,” Finding Freedom coauthor Omid Scobie told Grazia earlier this month. “The journey has been painful.” 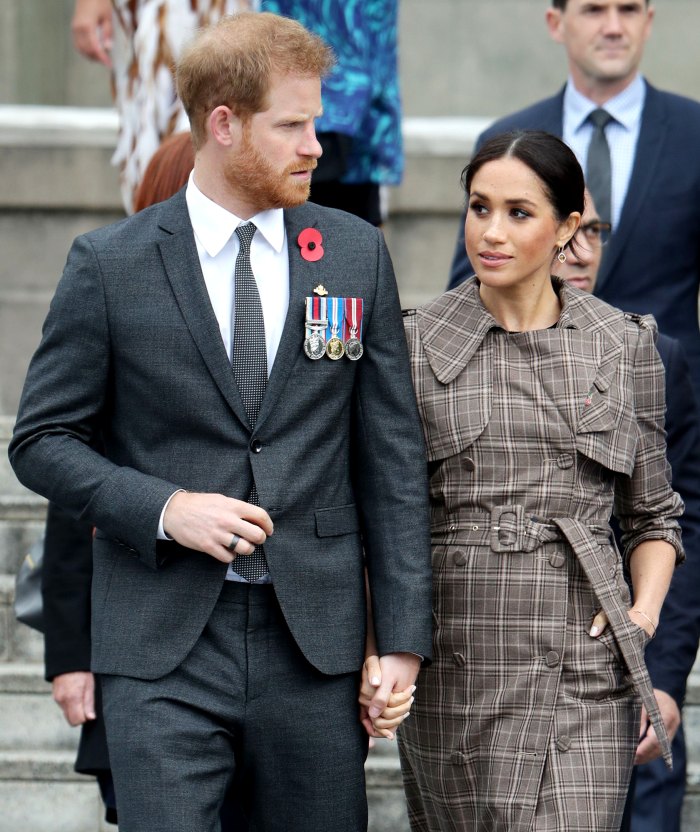 A friend of Meghan’s emphasized that the couple’s repeated relocations with their son, Archie, 20 months, did not help the loneliness that stemmed from so many major life changes. The insider told Grazia that Archie’s nanny moved back to the U.K. because of the coronavirus pandemic. The source added that COVID quarantine and restrictions left Harry and Meghan feeling alone.

Harry, 36, and the former actress, 39, announced their intentions to step away from their roles as senior members of the royal family in January 2020. After a stay in Canada early last year, they completed their duties and moved to her hometown of Los Angeles in March. The pair ultimately settled in the Montecito community of Santa Barbara, California, in July, purchasing a $14.65 million home.

The decision to forge their own future caused tension with the royals, which, according to their friend Tom Bradby, has left Harry sad. “I think they are feeling better [since moving to California], yes. … So are they unhappy? No, I think they are content. The things they are doing they are quite excited by,” the journalist said on ITV’s Love Your Weekend on Sunday, January 17. “I think he is heartbroken by the situation with his family. You don’t necessarily need to have knowledge to know that, but I think it is true.”

Although difficult at first, the prince is resolved in his choice. “Harry doesn’t have any regrets about leaving the royal family and is really happy in Montecito,” a source exclusively told Us Weekly earlier this month. “He and Meghan are enjoying their new life in California — being a normal family and having the freedom to make their own decisions without anyone watching over them.”

As for his relationship with Meghan, they are as solid as ever. “2020 was a huge game-changer for Harry and Meghan and it came with its ups and downs — the stress of announcing their departure from the royal family, moving three times, dealing with the pandemic, making huge business decisions, setting up Archewell, coming to terms with the miscarriage,” an insider revealed. “It’s brought them closer together and made them a stronger couple.”