Prince Harry has gone through some major life changes in recent years, from becoming a husband and father to stepping back from the British royal family, but not all of them have been positive, according to one royal expert who spent a great deal of time with him.

“I interviewed Harry for when I was writing his biography,” Harry: Conversations With the Prince author Angela Levin exclusively told Us Weekly. “I found him to be charismatic, sympathetic, have wonderful intuition, which he inherited from his mother [Princess Diana], and with a sort of mischievous glint in his eye. He was full of energy and fun and bounce and quite macho.”

The biographer acknowledged that Harry, who has dealt with mental health issues since Diana’s tragic death in 1997, “occasionally” had a “dark cloud” over him, but she feels it has become even worse in recent years. 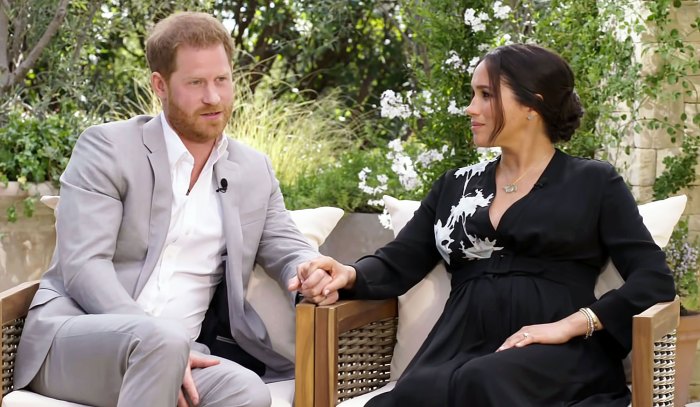 “If he were sitting there talking to accountants and lawyers who run a charity, he [was] sort of very broad with things like that,” she told Us. “But if he was actually dealing with the people, the individuals, he was slightly amazing, especially if they were damaged physically or psychologically. Whatever age, [he] connected straightaway.”

Levin was particularly surprised by Harry’s demeanor during his interview with Meghan Markle, which aired on CBS on March 7.

“The Harry I saw during the interview … was quite traumatic in a way,” she said while comparing the televised sit-down to their private conversations for her 2018 book. “He looked like a shell version of himself.”

The journalist noted that the prince, 36, “came on quite late in the interview,” comparing him to an “extra” following his wife’s solo conversation during the first portion of the bombshell special.

“I found him anxious, looking nervy, absolutely hating it,” Levin told Us. “And I felt incredibly sad that this is what has happened to him.” 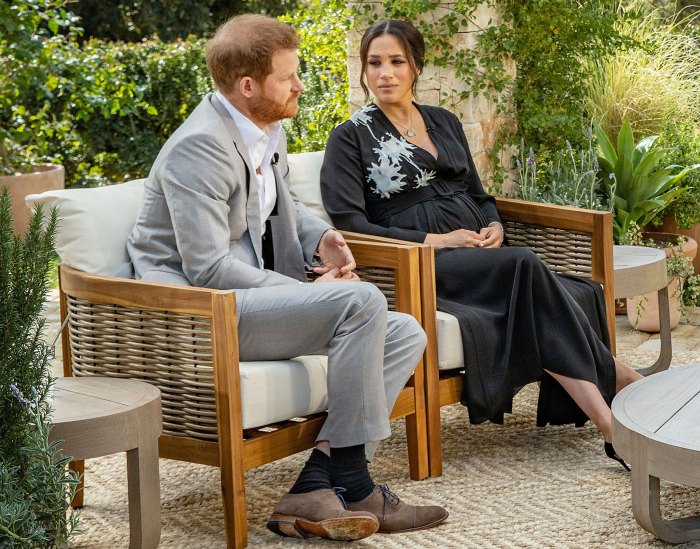 During the interview, Harry and Meghan, 39, discussed his family’s alleged “concerns” about the couple’s son Archie’s skin color as well as the rift between the former military pilot and his father, Prince Charles, and older brother, Prince William. The Suits alum, who married Harry in May 2018, also claimed that the royal family did not support her when she experienced suicidal thoughts due to the British press’ attacks on her.

Buckingham Palace responded to the sit-down in a statement to Us Weekly on March 9, with Queen Elizabeth II saying, “The whole family is saddened to learn the full extent of how challenging the last few years have been for Harry and Meghan. The issues raised, particularly that of race, are concerning. While some recollections may vary, they are taken very seriously and will be addressed by the family privately. Harry, Meghan and Archie will always be much loved family members.”

While body language expert Nicole Moore told Us that Harry and Meghan’s “mission with this interview was not to tear the royal family down,” multiple sources revealed that it did not go over well with the royals.

“[The queen] has barely had any time to herself since the interview and has been in constant crisis meetings,” one source said, noting that Elizabeth, 94, is “incredibly hurt and shocked that it has come to this.”