Not impressed. Prince Charles disagrees with how his son Prince Harry has chosen to handle his issues with the British royal family in his explosive tell-all interview with wife Meghan Markle.

“Charles does not agree with Harry trashing his whole family in public,” a source exclusively reveals in the new issue of Us Weekly. “Charles thinks these matters could have easily been addressed in private.” 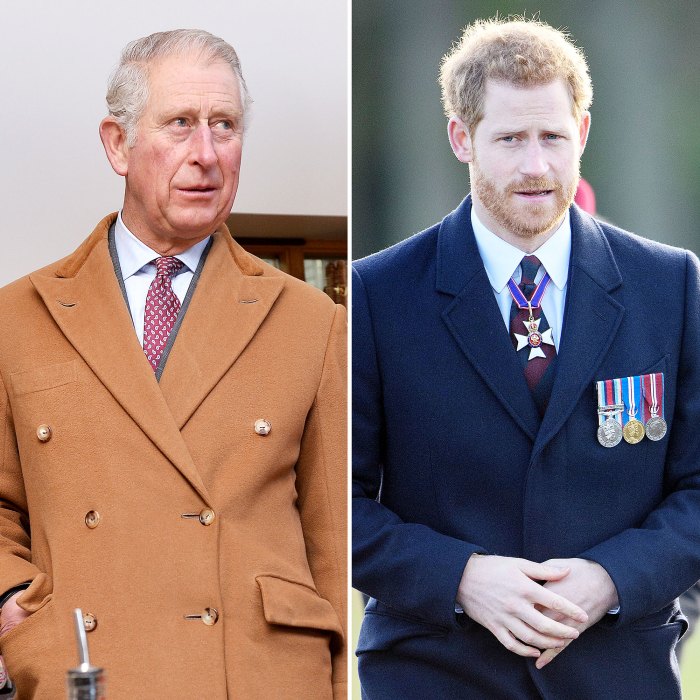 Both Charles, 72, and his eldest son, Prince William, “feel that this is the first of many interviews coming in the future that will bash the crown and the Royals way of life,” the insider adds.

The Suits alum, 39, and British Army vet, 36, made bold allegations about the lack of support they received from the royal family before stepping down from their duties in early 2020. Markle, especially, cited her issues with getting help when she confronted them about her mental health struggles.

“I was really ashamed to say it at the time and ashamed to have to admit it to Harry especially because I know how much loss he has suffered, but I knew that if I didn’t say it, then I would do it,” she revealed. “I just didn’t want to be alive anymore.”

Markle then recalled her experience reaching out to the palace’s HR team, saying, “They said, ‘My heart goes out to you, but there’s nothing we can do to protect you because you’re not a paid employee of the institution.’” 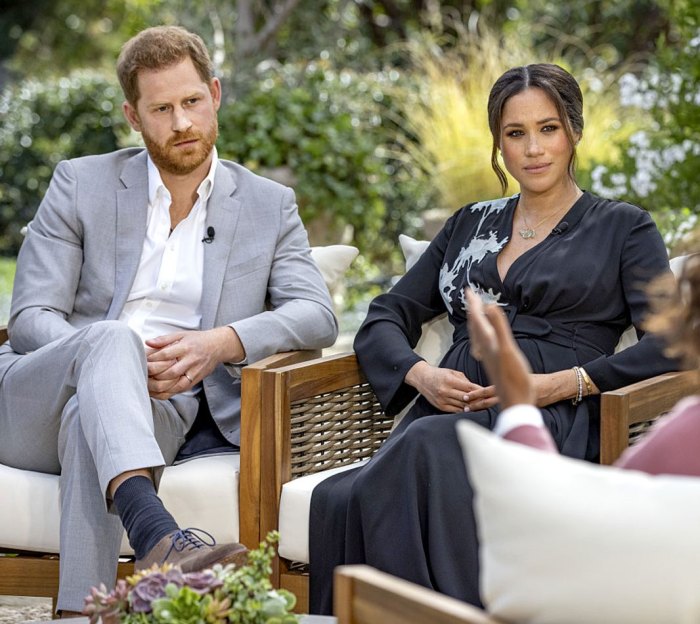 The U.K. native, for his part, claimed that his father “stopped taking” his calls after detailing the couple’s plans to step down from their roles before it was officially announced in January 2020. Harry was then “cut off” financially and began living off the inheritance he received from his late mother, Princess Diana.

“I feel really let down, because [Charles has] been through something similar,” Harry explained. “He knows what pain feels like, and [my son] Archie’s his grandson. I will always love him, but there’s a lot of hurt that’s happened. And I will continue to make it one of my priorities to try and heal that relationship.”

Markle and Harry, who are currently expecting a baby girl, relocated to Montecito, California, after stepping down from senior royal duties. Buckingham Palace confirmed on February 19 that the duo’s departure from their positions will be permanent before responding to the accusations from the tell-all interview.

“The whole family is saddened to learn the full extent of how challenging the last few years have been for Harry and Meghan. The issues raised, particularly that of race, are concerning,” the statement to Us read on Tuesday, March 9. “While some recollection may vary, they are taken very seriously and will be addressed by the family privately. Harry, Meghan and Archie will always be much loved family members.”

For more on how the British royal family feels about Markle and Harry’s tell-all interview, watch the video above and pick up the latest issue of Us Weekly, on newsstands now!

How do I cancel or change my Covid vaccine appointment?