They grow up so fast! Pete Davidson is settling into a new adventure after officially moving out of his mom’s basement.

During a Zoom call that was uploaded to TikTok on Friday, April 2, the 27-year-old Saturday Night Live star dug out his apartment keys.

“I just moved out of my mom’s house,” he mentioned casually as he unlocked the door of his new apartment. “I’m fully out. I got a pad.” 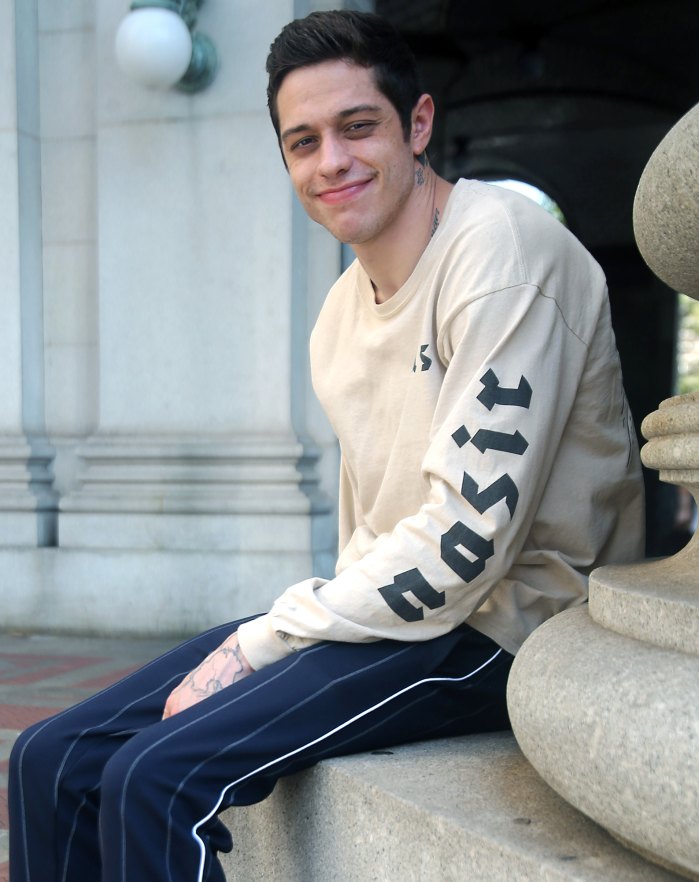 The actor’s living situation has long been a conversation topic, both on SNL and in Davidson’s own comedy. In February 2020, the comedian offered a tour of his former Staten Island digs in a video for Netflix.

“What’s up guys? We are in my apartment slash basement in my mom’s house,” he said. “I moved here, like, a year ago and built this weird little basement to stay away from f—king people.”

In the clip, the New York native showed off prized possessions such as a dust buster and John Mulaney jersey.

“This is my bedroom where nothing happens because I live with my mom,” he joked at one point.

During the February 20 episode of SNL, the King of Staten Island star mentioned his plans to finally leave the nest.

“In some ways, I like the pandemic Valentine’s because it’s the first time being alone wasn’t my fault,” he said. “I spent the night eating chocolates and watching a movie with my mom, which is why I’m officially moving out of the house. One of us has to go.”

After costar Colin Jost asked him if he actually planned to move out, Davidson confirmed the story.

Davidson and his mother bought the Staten Island home together. The actor lost his father on September 11, 2001, when the firefighter responded to the World Trade Center attacks.

Though he is incredibly close with his mom, Davidson likely needs space of his own as his career — and love life — blossom.

The Brooklyn Nine-Nine alum, who was previously engaged to Ariana Grande from June to October 2018, sparked new romance rumors in March when he was spotted out and about with Bridgerton’s Phoebe Dynevor.